The Sileo Team is out with yet another update for the Sileo package manager this Saturday afternoon with a number of miscellaneous bug fixes that should lend subtle improvements to the app’s user experience.

Citing the announcement, made via both the Sileo / Taurine / Odyssey Discord channel and the official Sileo Team Twitter page, today’s Sileo update has been dubbed version 2.2.6 and is available on the Procursus and Sileo repository.

For those interested in seeing the full announcement, we’ve included it below: 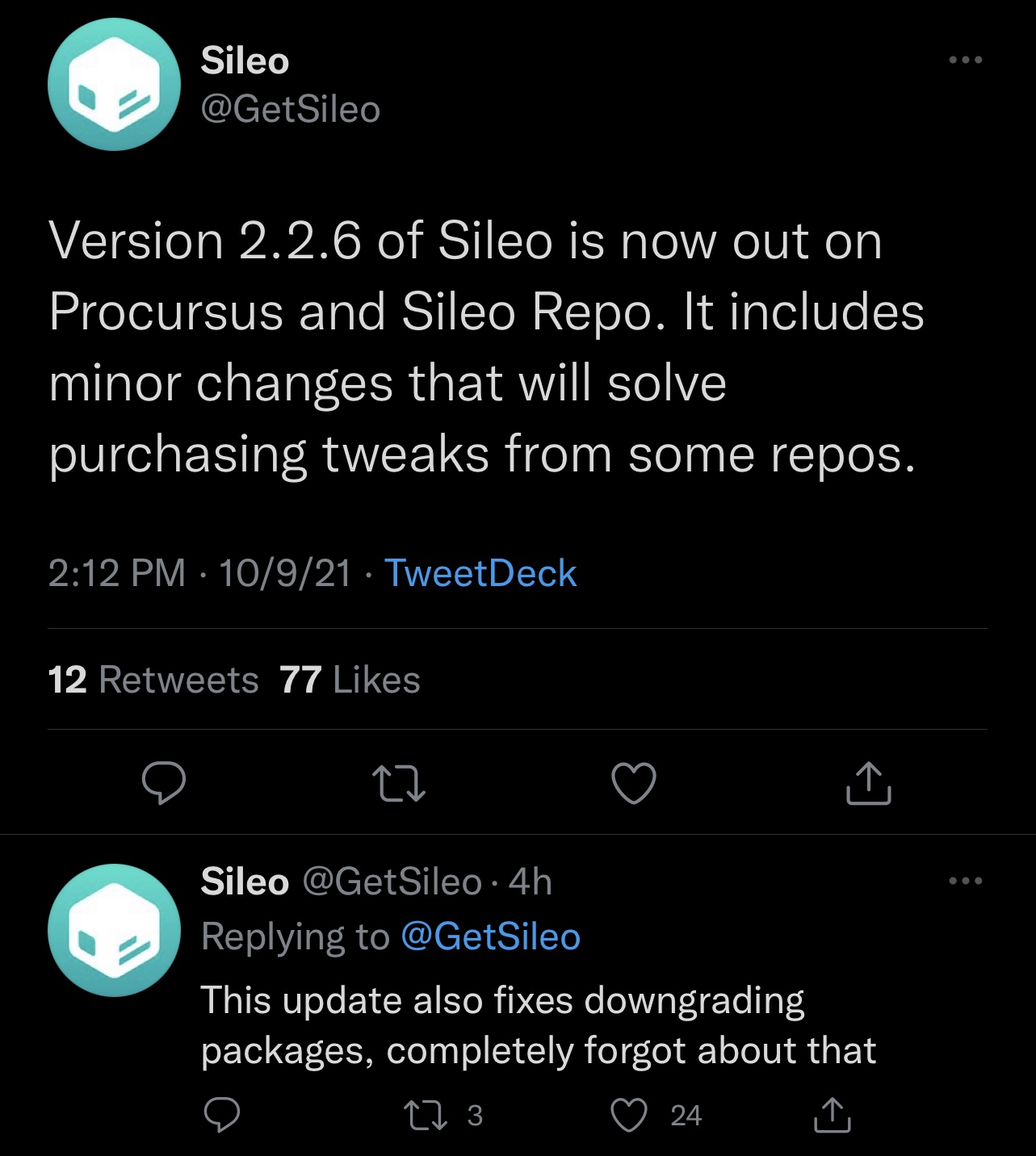 It appears that the meat and potatoes of the Sileo v2.2.6 update involves fixes for purchasing paid jailbreak tweaks and add-ons from certain repositories and fixes an issue that could have affected users trying to downgrade packages.

The Sileo package manager comes installed by default on the Chimera, Odyssey, and Taurine jailbreaks for iOS 12, 13 and 14 respectively. It’s also used by anyone taking advantage of Odysseyra1n, however Sileo can be manually installed on the unc0ver and checkra1n jailbreaks without the Odysseyra1n bootstrap if desired by the end user.

As always, we recommend that users of the Sileo package manager download and install the latest version of the app since it’s particularly important to the jailbreak experience as a package manager app.

Have you noticed any improvements after downloading and installing the latest version of Sileo today? Be sure to let us know in the comments section down below.