If you’ve run into issues trying to update your iPhone or iPad on a Mac, try installing Apple’s Device Support Update that’s now available via the Software Update feature on Big Sur. 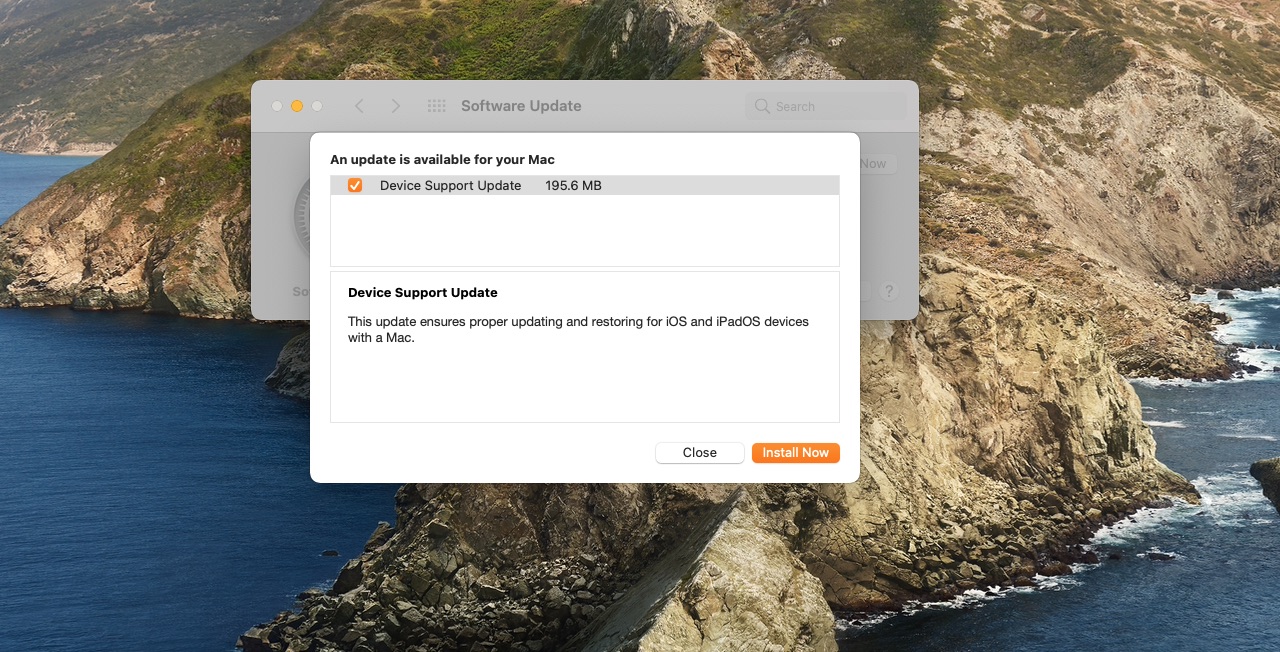 Weighing in around two hundred megabytes, Device Support Update appears to be an emergency fix for some of the problems related to updating iOS and iPadOS devices on macOS. Unfortunately, Apple’s release notes in Software Update are of little help. “This update ensures proper updating and restoring for iOS and iPadOS devices with a Mac,” Apple writes.

We did manage to find complaints on social media from people who are claiming to have encountered various issues when attempting to update or synchronize the latest Apple devices, including the new iPhone 13 models, iPad mini 6 and iPad 9. Apparently, some people are having issues with macOS’ support for restoring and updating devices through the Finder. Read: How to sync your iPhone to another iPhone or iPad

The company did not provide any further information about the update at the time of writing so that’s all we know, for know. We also checked Apple’s vast archive of support documents in search of any mentions of “Device Support Update,” but no dice. We’ll be making sure to update this article with any new pieces of information as soon as they become available.

Apple has also released other security and compatibility fixes for iPhones, iPads and Macs, like ones shielding users from zero-click attacks in Messages via malformed attachments.