Way back in June of this year, Microsoft unveiled the next big update for Windows — Windows 11. There was a lot to go over at the time, of course, but one of the biggest shining spots for Microsoft’s upcoming desktop OS update was a change to the Microsoft Store. The company confirmed that the digital storefront would not only allow for developers to utilize their own payment options within apps, but that it would support Android apps, too.

Microsoft says this change is meant to help “promote innovation,” and, also, to showcase that its business terms are “fair.” 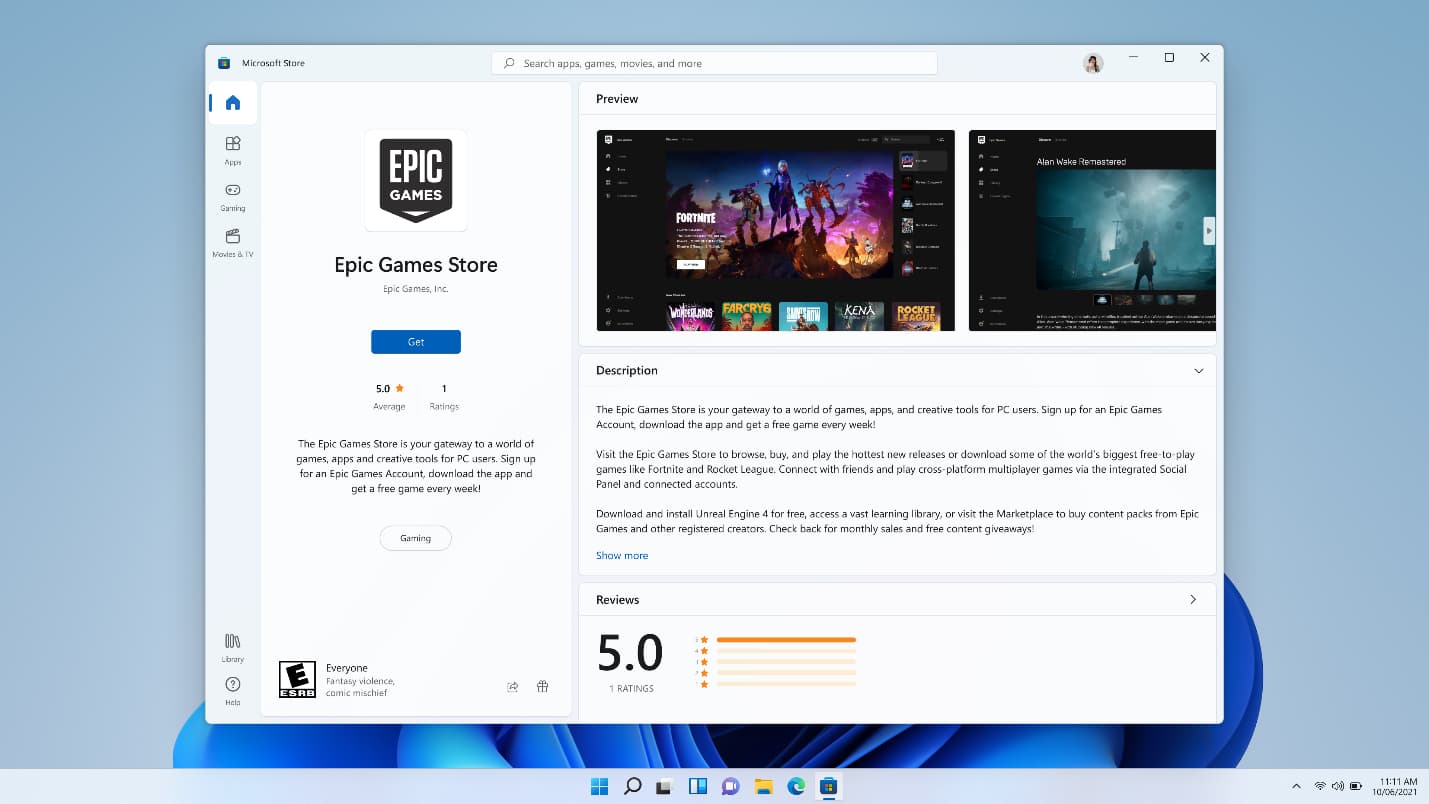 Epic Games has essentially been demanding Apple do this with its App Store for quite some time. It’s one of the major arguments the company has made in its legal battle recently. So Epic is probably very happy with this result from Microsoft. While Apple is going to need to make a decision regarding in-app payment options one way or another, there’s no plan for the company to adopt something like Microsoft’s effort for the App Store.

Still, for Windows users who want this level of choice, this is good news for them. Windows 11 will launch in early October.