Today, Microsoft hosted its own event for the fall. Like Apple, the company had quite a few different products to show off. There’s a new phone, a brand new Surface Pro that appears to add a lot of oft-requested features, a new inexpensive Go model, and, finally, a Laptop Studio for pro users. It’s a lot of new Surface products!

Microsoft now has a laptop that turns into a portable easel. Yes, that’s right, that’s a thing that exists. But, on top of that, the company has a new foldable smartphone, a tablet-as-a-laptop with USB-C, and a more affordable, still just-as-portable Go variant for its Pro tablets.

So let’s just get right to it, shall we?

All the new Surface devices 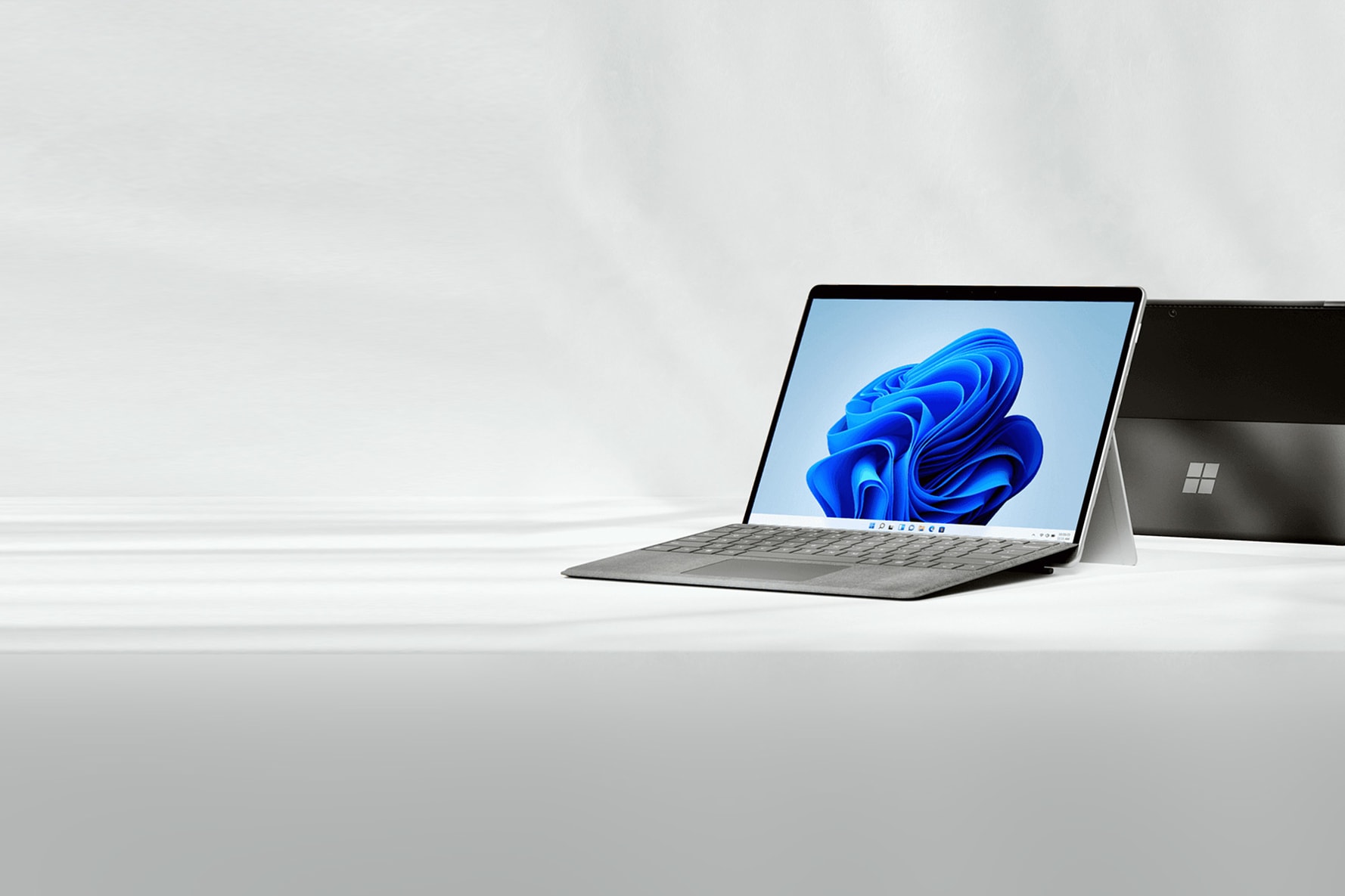 The workhorse of Microsoft’s Surface lineup, for the most part. It’s the original two-in-one for the company, and this is the biggest refresh in the lineup to date with the Surface Pro 8. It brings over plenty of design elements from the Surface Pro X, including slimmer bezels, and a dedicated holder for the newest stylus right in the keyboard accessory.

Here’s a brief rundown: The Surface Pro 8 features a 13-inch PixelSense display, with a resolution of 2880 x 1920 with a pixel per inch count of 267. The display has a default refresh rate of 60Hz, but it can ramp up to 120Hz. It supports Dolby Vision for brilliant colors and deep blacks.

Battery use is up to 16 hours with “typical usage.” There are a pair of USB-C with USB 4.0/Thunderbolt 4 ports, a 3.5mm headphone jack, a Surface Connector port, and it supports Microsoft’s Surface Dial accessory. The 5MP front-facing camera has 1080p HD resolution and the rear 10-megapixel camera can shoot up to 4K video. The built-in speakers support Dolby Atmos.

The Surface Duo was a fun device, with its two independent screens that can fold closed. However, it was missing quite a bit in its first iteration. But, Microsoft is back with a sequel in the Surface Duo 2, adding what many believed to be left out in the first version to make a more complete smartphone experience.

With the Surface Duo 2 you’ll still get two displays, each which measures in at 5.8 inches. When the device is open it measures in at 8.3 inches. Each display is an AMOLED panel with a resolution of 1344 x 1892, so when the display is open and you’re watching a piece of content on both at the same time, the resolution is set at 2688 x 1892. Each screen has a pixel per inch count of 441, they support high dynamic range (HDR), have adaptive refresh rates up to 90Hz, and have 800 nits max brightness.

There are three cameras on the back: a 12MP wide with an f/1.7 aperture, OIS, and dual pixel PDAF; a 12MP telephoto with an f/2.4 aperture, 2X optical zoom, PDAF, and OIS; and the 16-megapixel ultra-wide with an f/2.2 aperture, and 110-degree field-of-view. The front-facing camera is a 12-megapixel shooter with an f/2.0 aperture.

The Surface Duo 2 is running Android 11 out of the box. There are . . . 46 built in apps, ranging from Google apps, to Microsoft apps, to things like Calculator and more. There is a fingerprint reader and it weighs 284 grams. A USB-C port that supports fast charging. The battery can last 15.5 hours on a single charge while watching “local video playback,” and up to 28 hours of talk time. Microsoft says the phone is unlocked “for all carriers.” 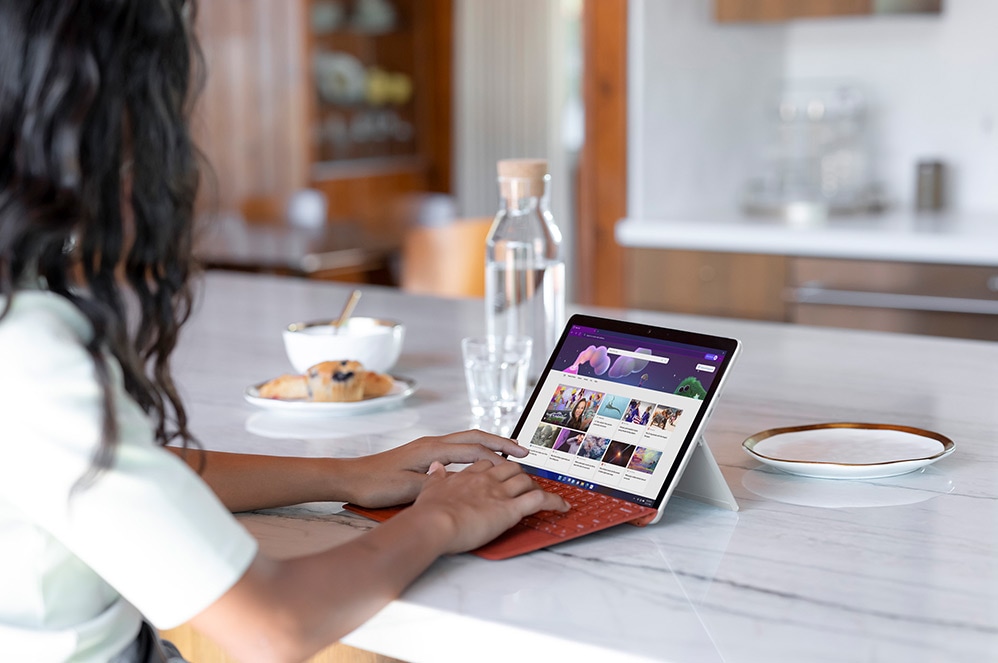 It has one USB-C port, a 3.5mm headphone jack, a Surface Connect port, and it comes in one color: platinum. There’s a 5MP front-facing camera and a 8-megapixel rear camera. There are 2W stereo speakers that support Dolby Atmos. 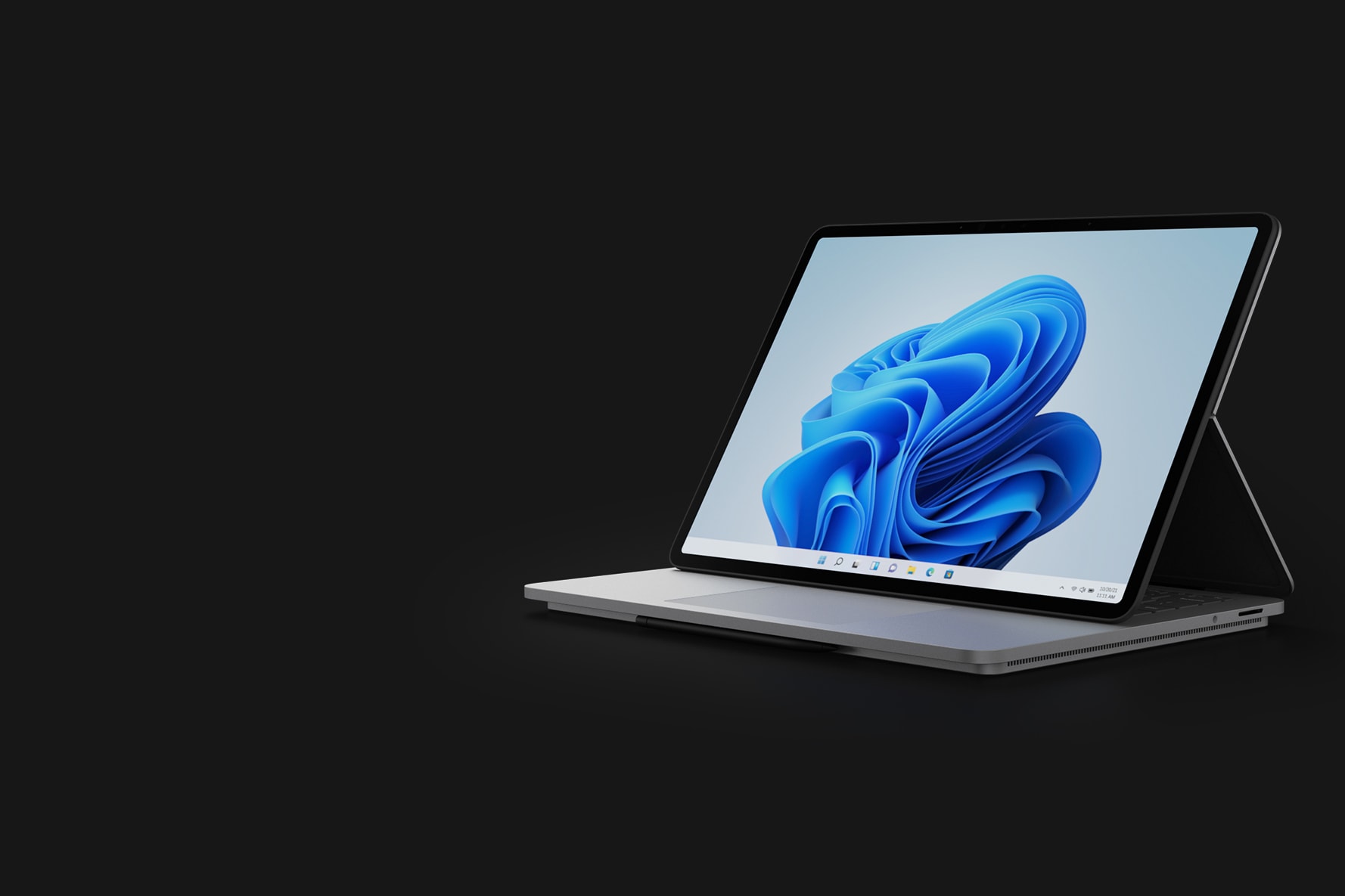 This is the Surface Laptop Studio, bringing the aesthetic and design elements of the company’s Surface Studio desktop computer. It’s a laptop that can turn into a mobile easel, for those who like that sort of thing. Microsoft is billing this for pro users, as expected, and yet it doesn’t aim for the stars when it comes to pricing.

Customers can choose from either a quad-core 11th-generation Intel Core i5 or 11th-generation Intel Core i7. There’s an integrated slot to charge the Slim Pen 2, and the laptop supports the Surface Dial accessory. It’s running Windows 11 Home. The battery lasts up to 19 hours with typical usage when using the Core i5 model, and up to 18 hours with typical usage while using the Core i7 model.

There’s a 3.5mm headphone jack, a pair of USB 4.0 with Thunderbolt 4 ports, and one Surface Connect port. It supports Wi-Fi 6 and Bluetooth 5.1, and Microsoft’s Xbox Wireless built-in for connecting wireless controllers quickly and easily. There is a 1080p HD front-facing camera.