If you have been trying the latest watchOS 8 beta and want out of it, you basically have two possible roads ahead of you. In this post, we will share these two solutions and explain how to switch from watchOS beta to a public watchOS release. 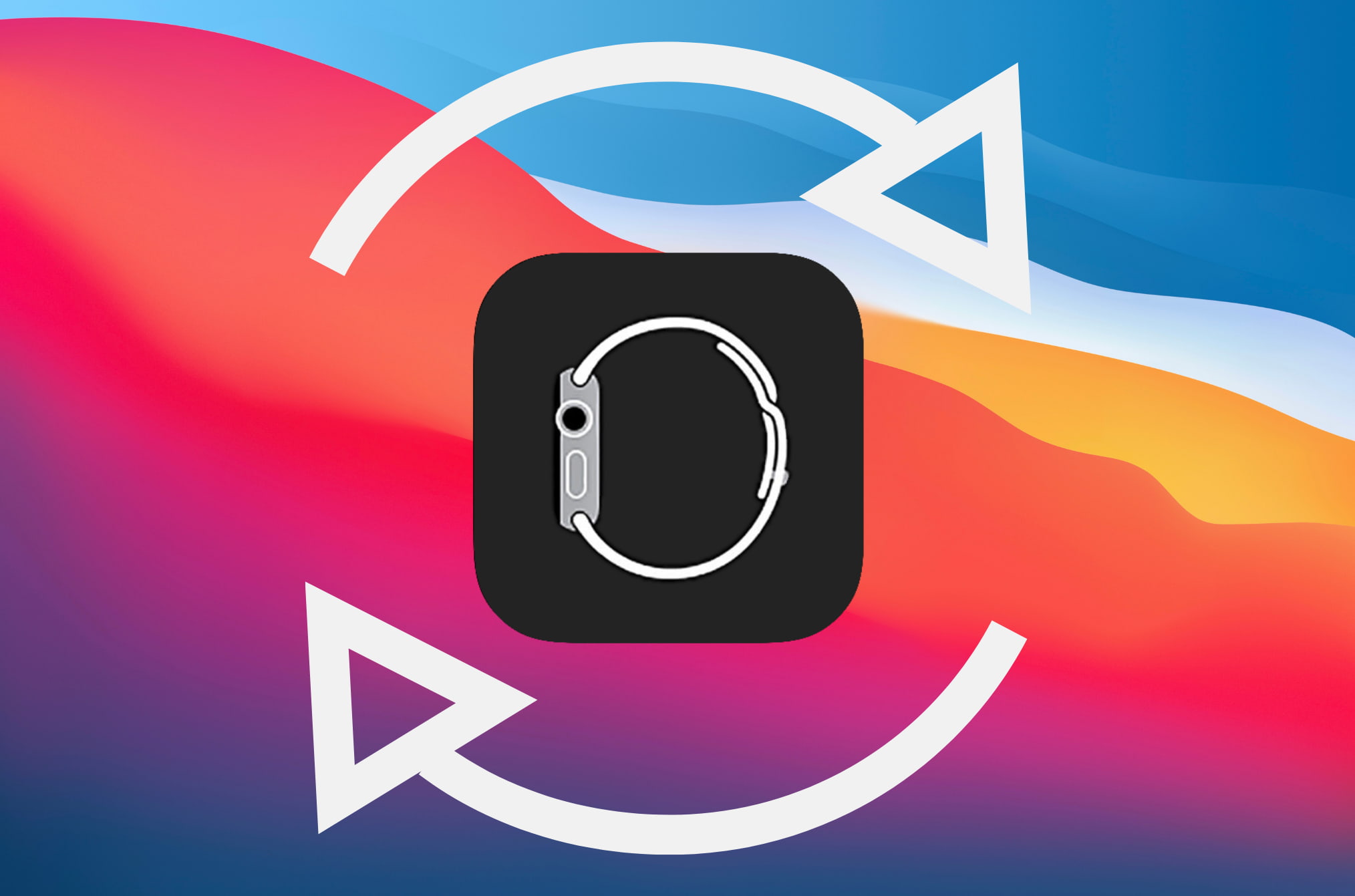 Send your Apple Watch to Apple

Unlike iOS which allows you to easily downgrade the firmware version, watchOS is a little more of a commitment as it doesn’t officially allow for downgrades, at least not by the user itself.

However, Apple can take care of that for you. I’m not entirely sure what the process is on their end, but I assume they have tools to gain access to the one port on your Apple Watch and flash the firmware from there.

In order to get this done though, you will have to contact Apple and explain your situation. Apple will then send you a box for you to ship your Apple Watch to them. Within a few business days, Apple will service your Apple Watch and ship it back to you, all this free of charge.

The advantage of this solution is that you can get back on an official watchOS version in a relatively timely manner (a few days at worst).

The downside of this service is that only Apple Support can perform it. Authorized Service Providers and Apple retail stores cannot provide this service to you, so walking into an Apple Store won’t help.

It’s also worth noting that this service is only available in Australia, Canada, France, Germany, Italy, Japan, Switzerland, UK, and the US.

Restore your Apple Watch yourself (don’t do it!)

I mentioned above that there is no official way to downgrade or even restore an Apple Watch, but there is an unofficial way.

Because it is not an official method, proceeding with it will void your warranty and could potentially ruin your Apple Watch. My best advice is to not even try it at all, but if you’re the adventurous kind of tinkerer, we have a detailed tutorial on how to restore an Apple Watch using an expensive dongle.

Again, I mentioned this method more for educational purposes than anything else. You should only proceed with it if you feel entirely confident about what you are doing.

Wait and update to the upcoming superseding version of watchOS

This is perhaps the way that most people that are not in a hurry to get back on a stable version of watchOS will opt for. This method essentially consists of waiting for the public version of watchOS 8 you are beta testing to be released. Only then will you be able to get out of the beta and update to that public release.

For example, if your Apple Watch is currently on watchOS 8 beta 5, following these steps below will allow you to update the watch to the public version of watchOS that came out on September 20.

1) On your iPhone, launch the Watch app.

3) Tap on the watchOS Beta Software Profile that was installed, then select Remove Profile. 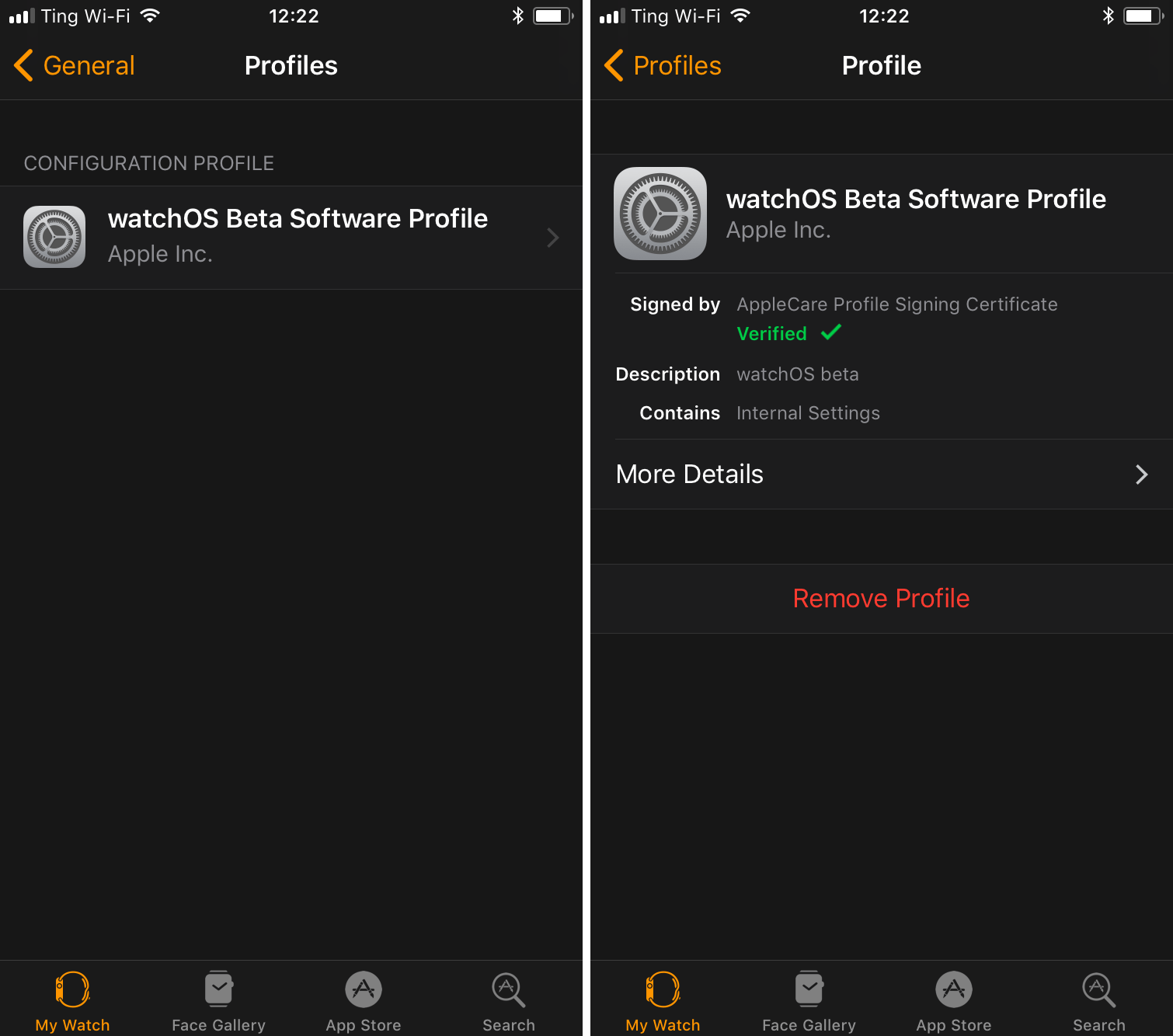 4) Enter your passcode and confirm the deletion of the profile.

Deleting the software profile is only the first step. This allows you to essentially get your Apple Watch out of the beta program. Going forward, your Apple Watch will not receive new beta updates.

But the waiting game is just getting started. In order for you to update your Apple Watch, you will have to wait for the corresponding or superseding software version to be out of beta and be officially released. At that point, you will be able to update to the public watchOS version by going into the Watch app on your iPhone and navigating to General > Software Update.

If you are beta testing a watchOS version in June and want out of it, chances are you will have to wait until sometime in September when the official version is released. This early in the beta program, it might be worth it to go with method 1 above and have Apple restore the watch for you. That is if this service is available in your country, of course.

If sending it to Apple is not an option, then my suggestion would be to just stay on the beta program and update beta versions as they are released until Apple announces a date for the public launch of the new watchOS software. At that point, go through the steps above to unregister your Apple Watch from receiving new beta software, and update to the public release when available.

If you are having similar buyer remorse with your iPhone or iPad, make sure to check out our tutorial on how to switch from iOS 15 beta to the official iOS 15 release. Getting out of a beta on an iOS device is definitely much easier.

As you can see, options are pretty limited, which is why we always suggest staying away from beta software unless you know what you are doing.