Not only are there several different jailbreak tools that the jailbreak community gets to pick from, but there is also a respectable variety of unique package managers that users can choose to use on their jailbreaks.

Some of the most popular package managers today include Cydia, Installer, Sileo, and Zebra. For the most part, these are interchangeable on current jailbreaks either by running scripts or downloading files from certain repositories. But with competition between package managers booming how it is today, it should come as no surprise to anyone that yet another package manager appears to be blooming into existence.

The one we’re speaking of is Saily, an open-source project that appears to have been under development for at least the past two years. Saily makes several big promises on the fronts of being modernized, performant, and aesthetically pleasing, all of which meet the biggest demands from jailbreakers today. And for that reason, we think it could be worth taking a look at. 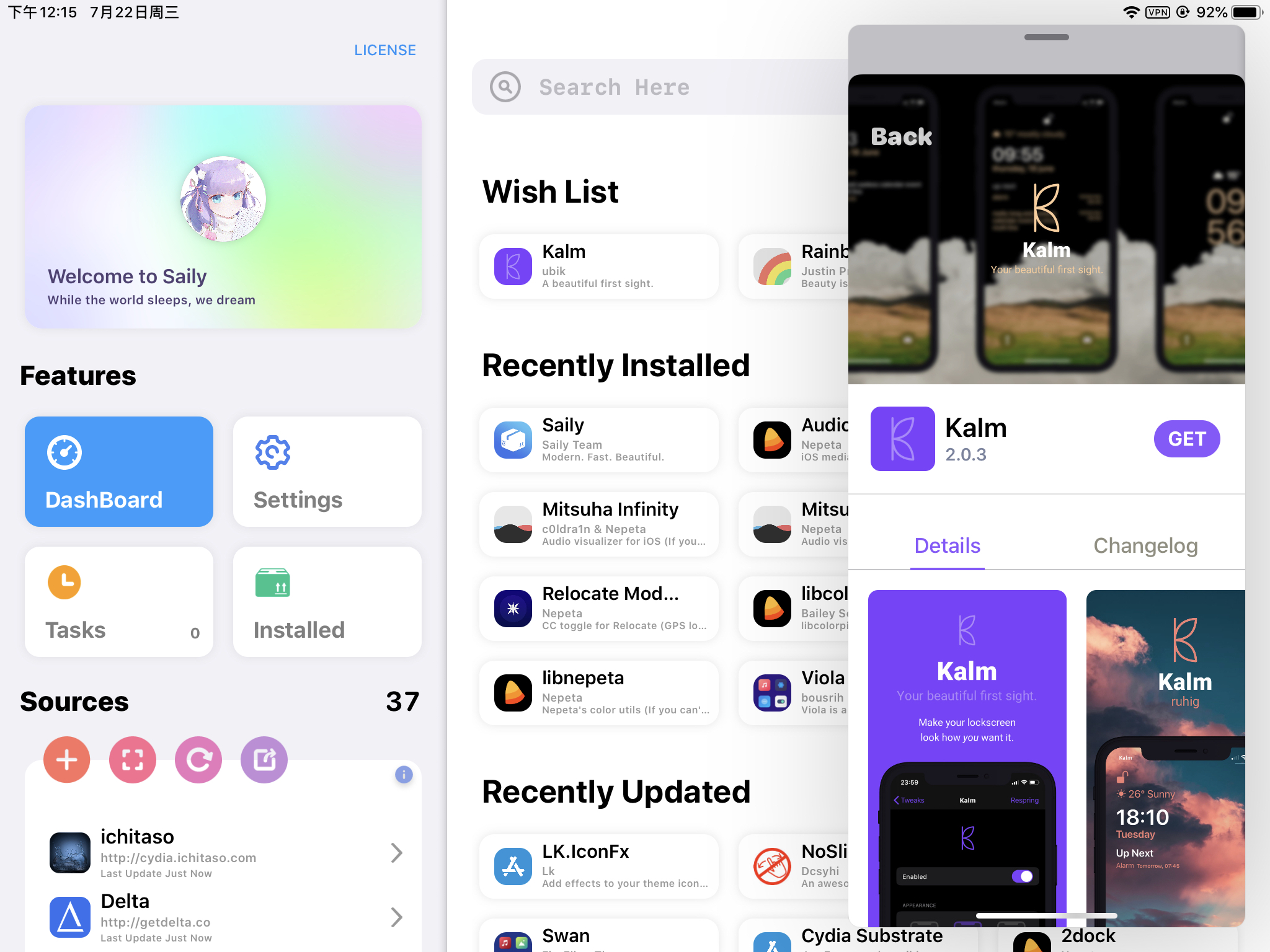 Jailbreakers use package managers on jailbroken devices to browse and manage jailbreak tweaks, add-ons, and the repositories from which said tweaks and add-ons may be acquired. Saily is no different in that respect, however it takes a different approach to aesthetics than most of the other package managers to date.

As noted earlier, Saily has been a work in progress for some time, but we’re bringing it to your attention now because the project’s developers have officially unleashed version 2.0 alpha for public testing. This is the latest of the project’s pre-beta releases intended especially for community testing and user feedback.

As noted on Saily’s official GitHub page, this is an APT package manager designed for jailbroken iOS or iPadOS 13 & 14 devices. While not all components of Saily’s user interface are complete yet, all the core functionalities are said to be working at this time. The GitHub page notes that Saily brings the following features to the table:

Whether or not another package manager is actually needed in today’s jailbreak community is a debate for another day, however most users would agree that user choice is never a bad thing. In fact, it fuels competition between teams and gives users the ability test different takes on how a package manager’s user experience should be. Most package managers ultimately do the same thing, however they present packages and information in different ways.

Those interested in learning more about Saily are advised to visit the project’s official GitHub page and follow the official @TrySaily Twitter page for regular updates. As always, we’ll continue to keep you updated of any significant changes as the project’s development continues into the future.

Saily can currently be had from the official GitHub page. There is currently no repository that you can add to your existing package manager to install Saily, but that could change in the future.

Do you have any plans to give Saily a try, or are you already happy with the slew of other package managers available to jailbreakers today? Be sure to let us know your thoughts in the comments section down below.