1Password 8, the next major iteration to the popular password manager, is now available for testing on macOS ahead of its public release on Mac and Windows later this year. 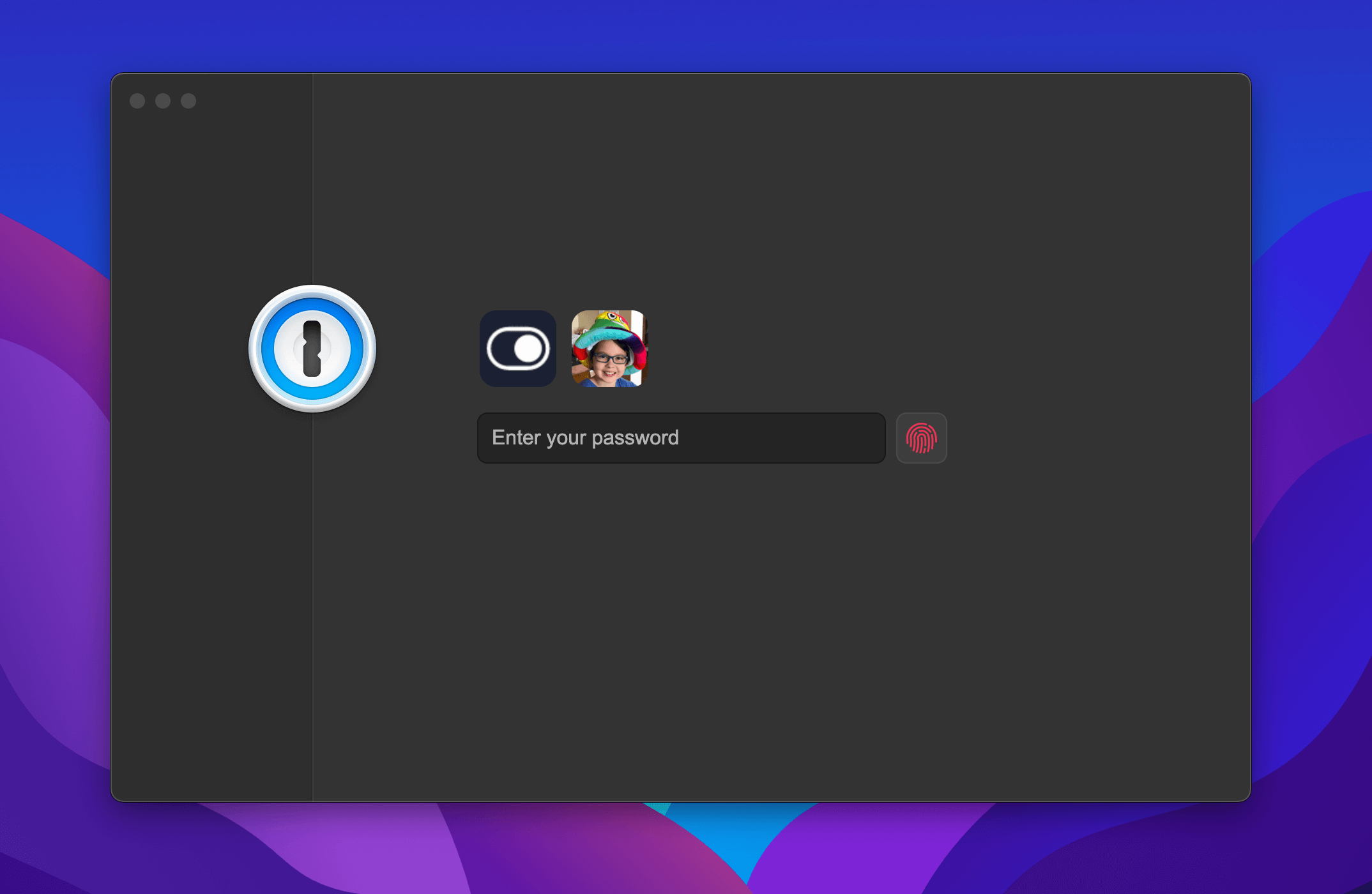 According to a post on the AgileBits blog, the new 1Password 8 is now available for early testing on macOS ahead of the app’s public release later this year. 1Password 8 features a redesigned interface brought on par with today’s standards along with a bunch of enhancements and new features.

One of the first changes you’ll notice is a new lock screen (shown when authenticating access to your 1Password), which now displays account icons. Also, the app fully supports the system-wide Dark Mode on your Mac. But the visual overhaul doesn’t stop there as the team redesigned the entire experience to bring the app on par with Apple’s current visual language in Big Sur and Monterey.

The sidebar is less crowded

The password manager relocates categories from the sidebar to a dropdown menu right below the search bar, making the sidebar less crowded and giving it more room to show your vaults and their accounts. Another pain point that the new version addresses: Low discoverability of some features. 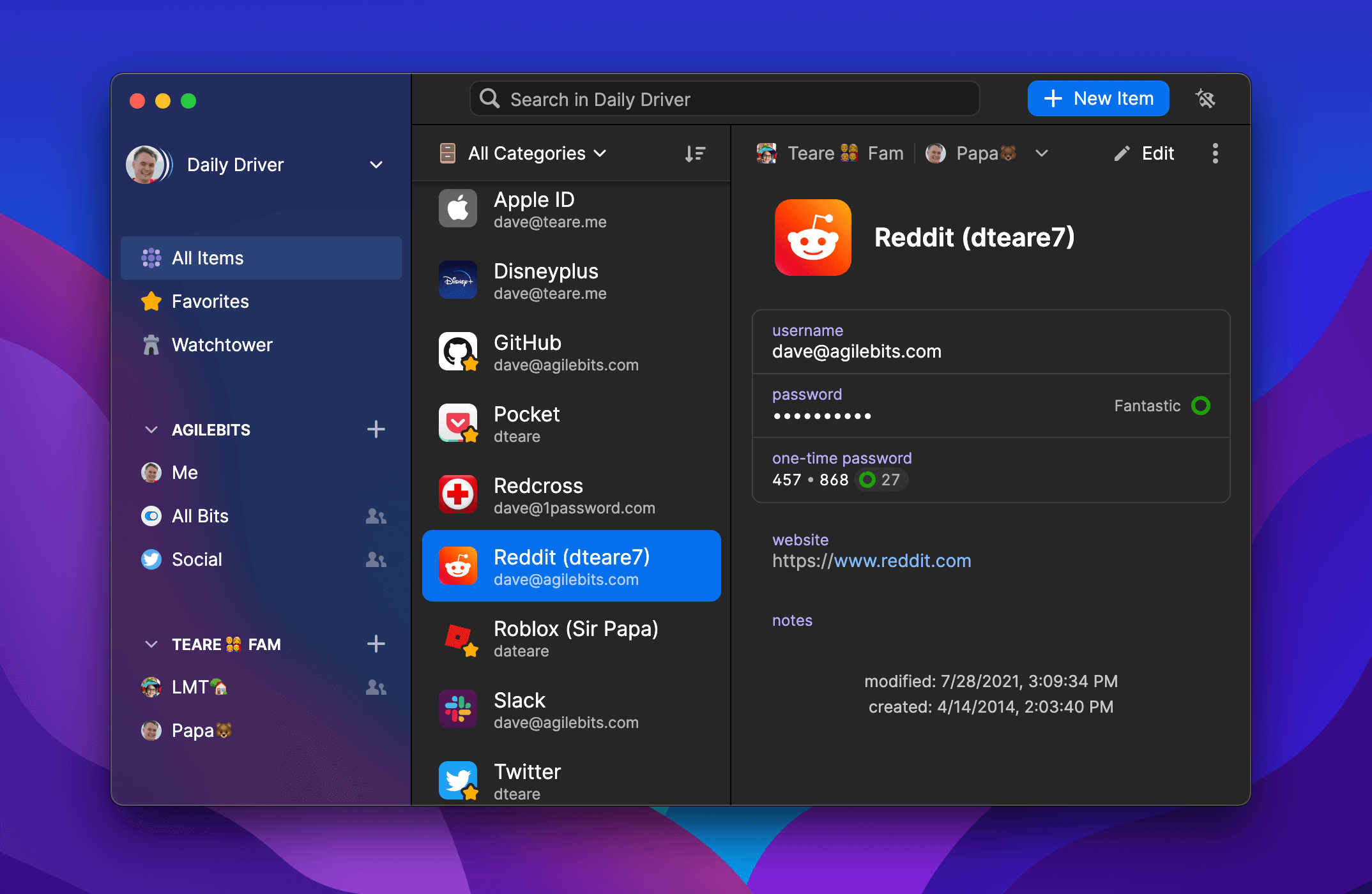 To solve that, 1Password 8 shows you more contextual information throughout the app than before, right when you need it. Try moving an item from a personal vault to a shared vault and up pops a prompt showing you who will gain access to it. The Quick Find feature for quickly find your items, vaults and tags have also been revamped. 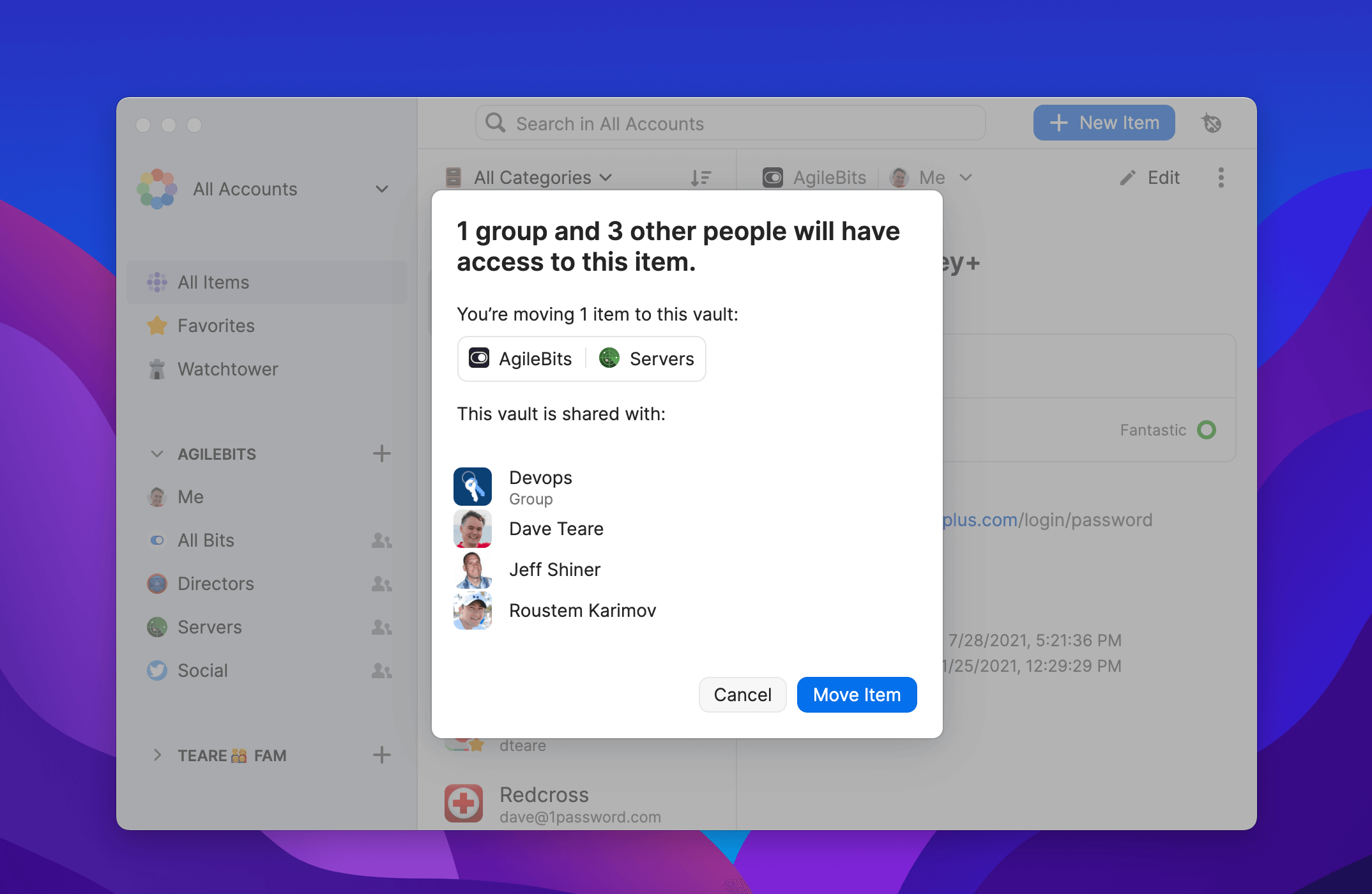 With Collections, you can customize which vaults and items you see depending on your current task. As an example, you could create a collection that hides all family vaults if you’d like to focus on work. The Watchtower feature that warns you about weak or reused passwords now includes a handy new dashboard view.

1Password’s browser extension (available for Safari, Chrome, Firefox and Edge) now opens inline in Safari and offers to fill in the username and password on a website for you, similar to iCloud Keychain. This extends to two-factor authentication codes that the extension automatically puts in the correct field when signing in to a service like, say, your Apple or Google account.

It’s not all that great

Unfortunately, 1Password developer AgileBits has decided to kill support for third-party syncing services like Dropbox and iCloud, meaning 1Password 8 users will need to rely exclusively on 1Password’s own syncing service. And that, in turn, means you may need to upgrade your 1Password account to a paid membership to continue syncing your passwords and vaults. 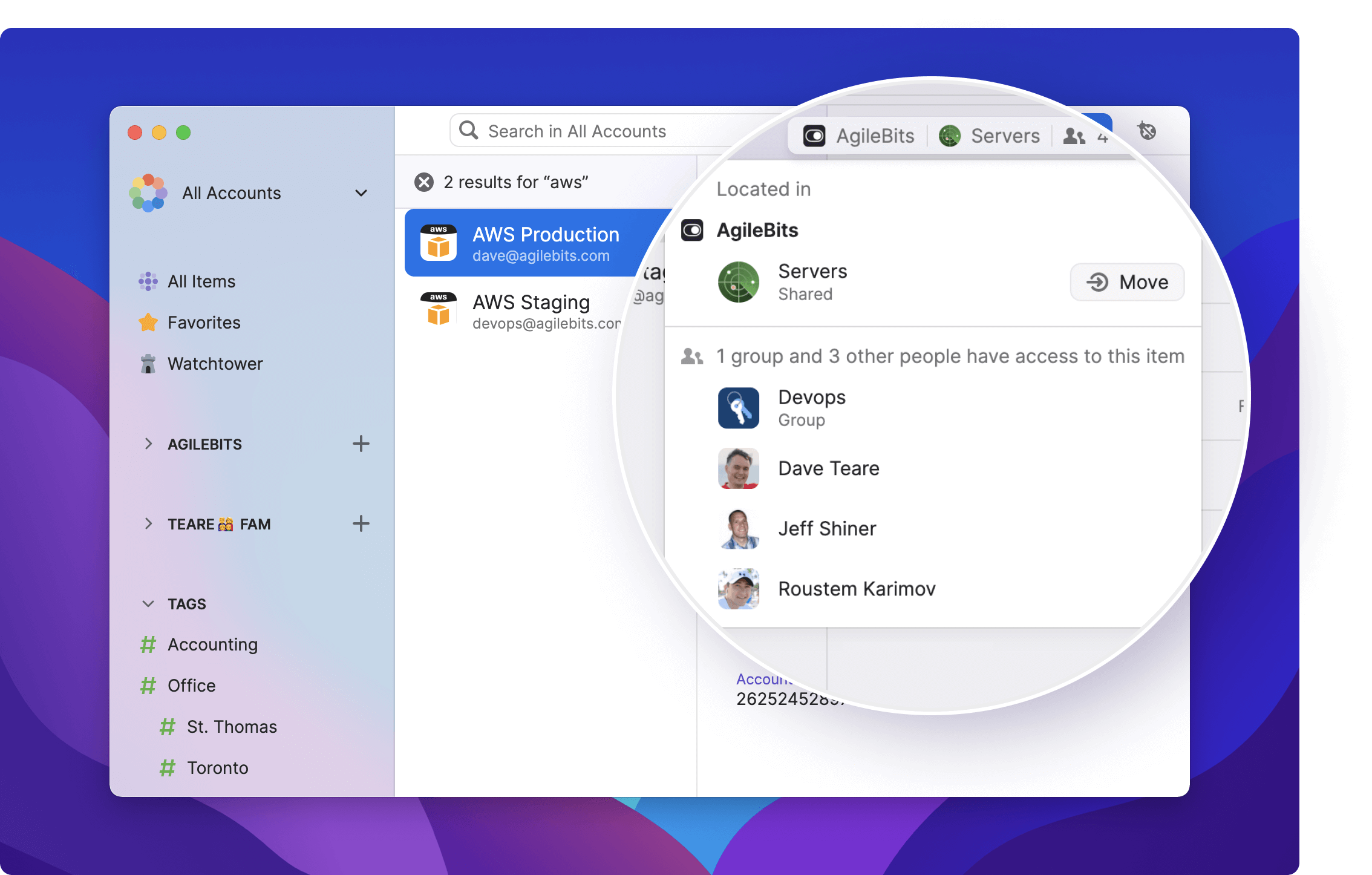 1Password is provided to beta testers during its early access program. After developers get all the feedback they need and implement the changes beta testers have asked for, the software will be ready for public consumption. According to AgileBits, 1Password 8 for macOS and Windows will launch later in 2021.

The iPhone, iPad and Android editions of 1Password will be updated in the near future with the same new features as 1Password for macOS, AgileBits has confirmed. 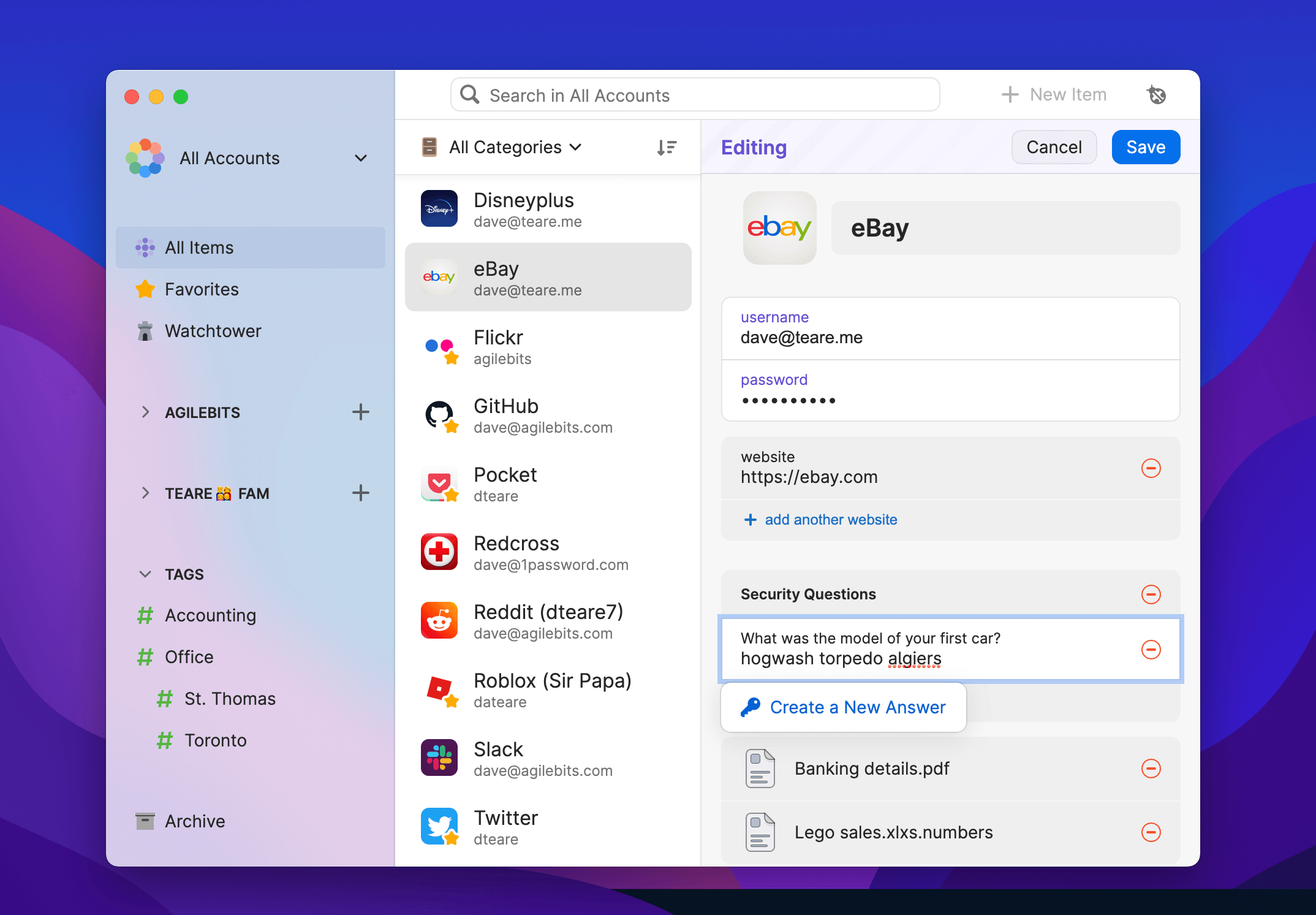 Should you use a password manager on your Mac?

This lets you either use iCloud Keychain to store your passwords and have the operating system fill them automatically on websites or switch to using a third-party password manager. And with iOS 14, iCloud Keychain picked up new 1Password-like features.

→ How to password-protect a ZIP file on your Mac

But if you’re serious about managing your passwords across devices, then apps like 1Password and LastPass offer more competitive features across both Apple devices and non-Apple platforms, like Android, Windows and the web.