As an iPhone’s battery level approaches the dangerous sub-20% territory, the handset will automatically alert the user. One thing that has always peeved me about this, however, is that the alert isn’t as aesthetically pleasing as I’d come to expect from a company with a reputation for good looks such as Apple.

For those who agree, a newly released and free jailbreak tweak dubbed Electrode by iOS developer biD3V offers refuge, as it replaces the iPhone’s traditional low power alerts with something called a Toast, which looks like the pop-up you get when toggling the ringer/silent switch on an iPhone or attaching an Apple Pencil to an iPad to charge. 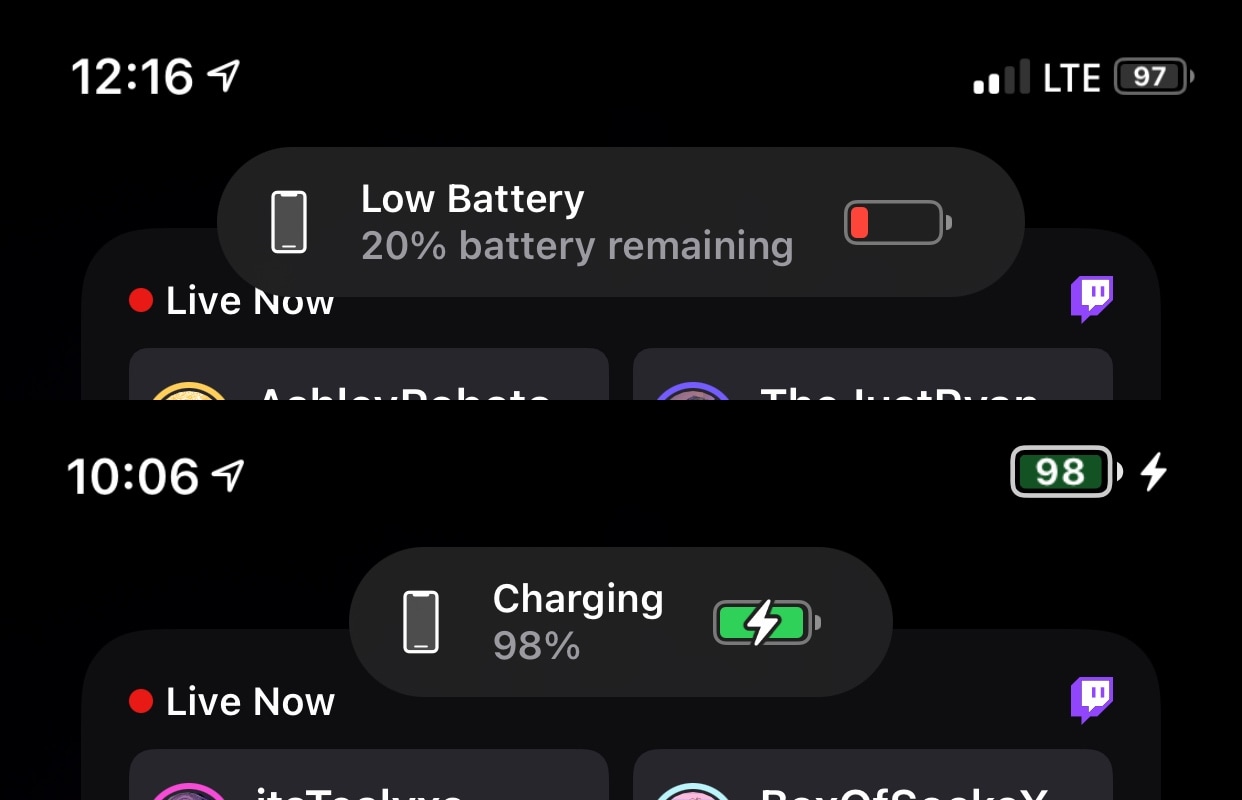 By default, these battery-centric Toasts will stick around until the user dismisses them manually. This might seem like a nuisance, but if you’re not paying attention, then you might miss the fact that your iPhone’s battery is close to dying.

Electrode does, however, add a preference pane to the Settings app where the user can choose to force all battery-centric Toasts to disappear automatically:

Those interested in upgrading the stock low power and charging alerts on their jailbroken iPhones can download the new Electrode tweak for free from biD3V’s personal repository via their favorite package manager app. Moreover, the tweak supports jailbroken iOS 13 and 14 devices.

If you aren’t already using biD3V’s personal repository, then feel free to add it to your preferred package manager by using the URL below:

Do you think the iPhone’s low power alerts look better as a Toast than a pop-up alert? We’d love to read your thoughts in the comments section down below!