You can now use the new IMDb TV apps for iPhone and Android to enjoy the Amazon-owned, free, ad-supported IMDb TV service outside IMDb’s standard app. 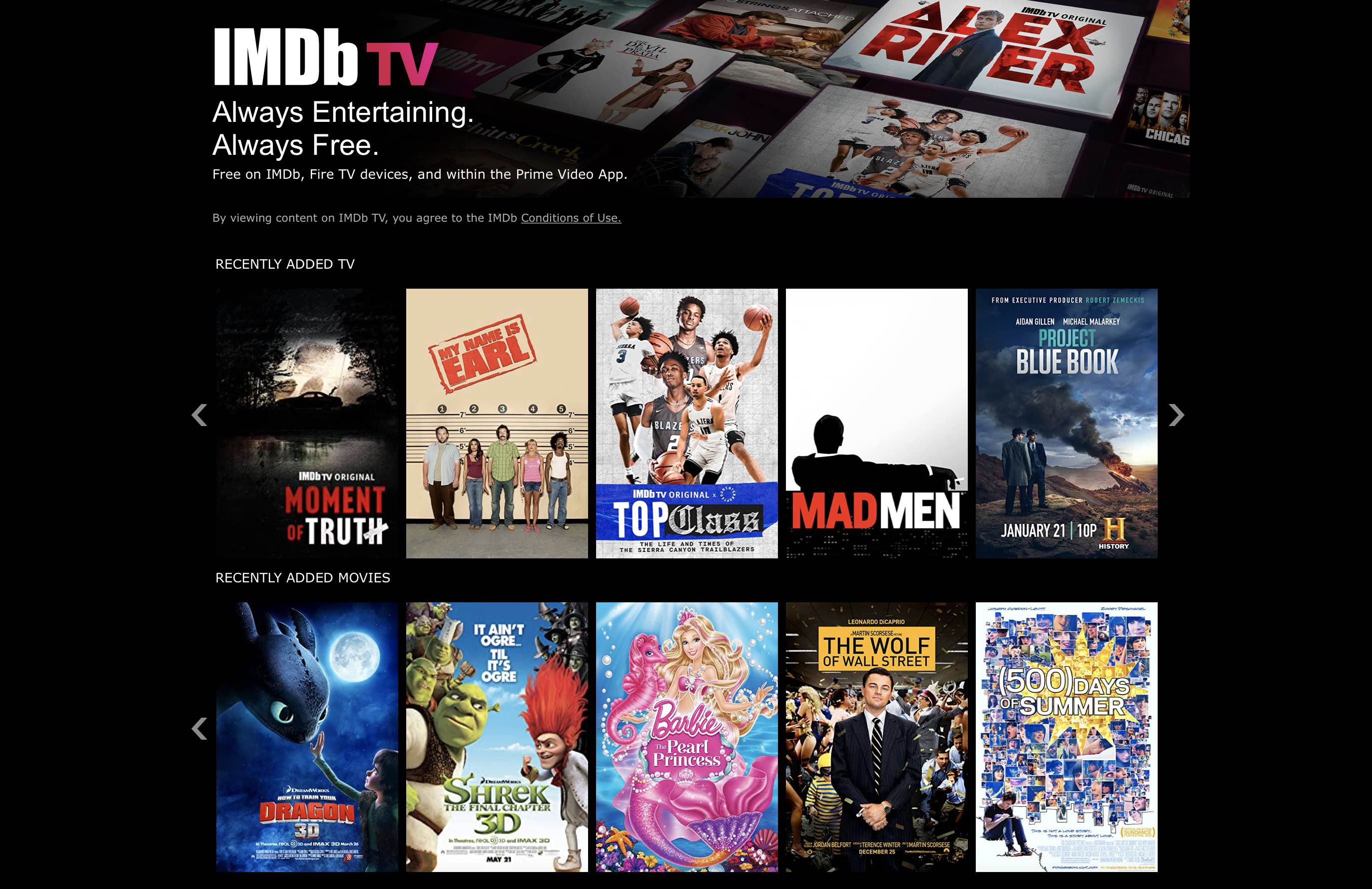 IMDb TV apps for iPhone and Android have arrived

According to IMDb TV’s announcement on Twitter, the official apps for iOS and Android devices are now available to download from respective app stores. With IMDb TV, an Amazon-owned video service, viewers get to enjoy binge-worthy shows and movies like “Mad Men,” “Chicago Fire,” “Malcolm in the Middle,” “Lost” and “Wolf of Wall Street,” among others.

With the new IMDb TV app, you can take your favorite shows with you wherever you go📱 Download now on iOS: https://t.co/5Q44nnEuv3 pic.twitter.com/yK5OSz5mi8

Of course, “free” means you’ll have to sit through ads.

IMDb TV has remained a US-only service since its debut in January 2019. In addition to the web interface at imdb.com/tv, the service offers native apps for Roku, PlayStation 4, Nvidia Shield, TiVo Streak 4K, Amazon Fire TV and LG smart TVs (2018 and older). On top of all that, the IMDb TV service is also a free channel within the Prime Video app across hundreds of devices.

→ How to configure your Apple TV settings the right way

With the official iOS and Android apps now available, IMDb TV could launch in European and Latin American countries, including the UK and Mexico, according to a Protocol report. With new streaming apps like IMDb TV, the streaming revolution continues unabated.

With so many choices available in terms of streaming and so many quality shows, many people have decided to cut the cord and embrace streaming, for better or worse.

I broke down and did the math: I could replace my Xfinity cable TV and internet with AT&T gigabit fiber internet and an over-the-top TV service. And, after swapping a few streaming service freebies (Comcast gave me Peacock, AT&T gives me HBO Max), I’d get faster internet and everything running on the Apple TV—for $65 less every month.

Unfortunately, with so many streaming services fighting for your screen time, replicating the bundle is increasingly becoming too expensive. For the cord to be cut completely by the vast majority of the population, people would need to spend less on streaming services versus the cost of their cable bundle.

But with the growing river of streaming options, that math has changed. You no longer need to replicate a bundle. Instead, you cherry-pick a few things that are truly important to you, then add to the mix until you have more than you can possibly watch.