Today’s jailbreak tools tend to install one of two different package manager apps: Cydia or Sileo. But those are far from the only package manager apps in existence today. Popular alternatives to Cydia and Sileo that can be installed by the end user include both Installer and Zebra.

We’re no stranger to either of the aforementioned package manager apps here at iDownloadBlog, but it’s worth noting that Zebra is now under new management as iOS developer Adam Demasi (@hkirb) has officially taken over this month as the project’s lead maintainer. Those shoes were previously filled by Wilson Styres (@willywurr).

If you’ve been jailbreaking iPhones and iPads for a while, then Demasi’s name might sound somewhat familiar. That would be partly because he runs the Chariz repository, which we often cite when showcasing quality jailbreak tweaks. Demasi is also listed as one of the members of the Sileo Team. 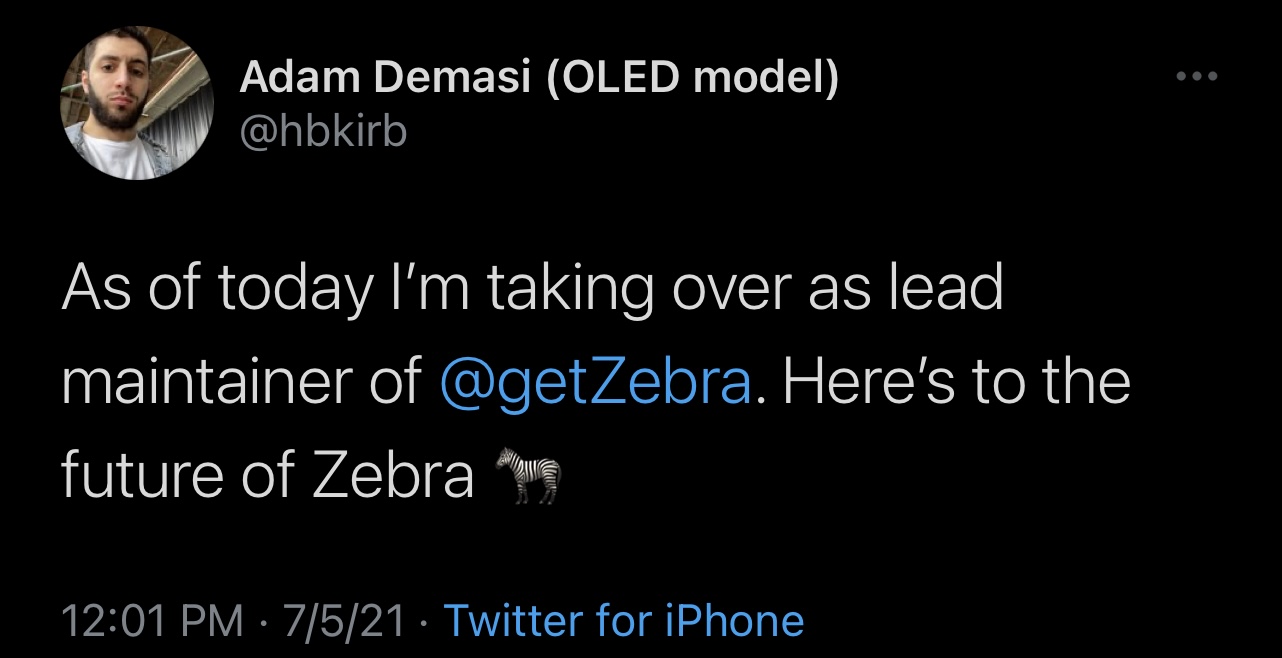 Demasi’s previous experience in package manager app development and repository maintenance could underscore an exciting new direction for the future of the Zebra package manager.

Given Demasi’s experience in package manager app development and repository maintenance, this seems like it could be an exciting new direction for the Zebra package manager. Run-of-the-mill maintenance updates including bug fixes and app improvements are expected to continue for the foreseeable future, but it remains to be seen whether Zebra will be fundamentally changed as a new lead maintainer takes over.

Zebra was already wildly popular among jailbreakers who sought a lightweight and no-nonsense package manager for their pwned iPhone or iPad. It will be interesting to see whether Demasi’s lead development role in the project will affect the user base in a positive way, of course we certainly hope so!

As usual, we will continue to see our readers apprised of any substantial Zebra updates. If you’re not already using it, then you can give it a try by adding the following repository URL to your jailbroken handset’s existing package manager app:

Zebra continues to be fully open source on GitHub for those interested in checking out the source code, and more information about the package manager can be found on the project’s official website.

Are you already a Zebra user; and if so, are you excited about the future of the package manager? Discuss in the comments section down below.