The Apple TV+ thriller series “Defending Jacob”, featuring “Captain America” star Chris Evans, is the first original title on the service to get its physical media release on Blu-ray and DVD. 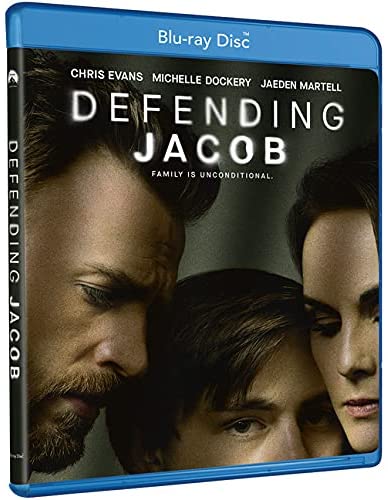 This is the first time that any piece of content available on the Apple TV+ service has been made available as a physical disc. Purchasing a title like “Defending Jacob” as a physical disc (Blu-ray or DVD) means you end up owning it forever in your collection.

9to5Mac spotted respective listings for Blu-ray and DVD versions of “Defending Jacob” on Amazon, but all physical copies of the title already sold out at the time of writing.

According to the official blurb published on the Apple TV+ Press website, the limited thriller series is based on the 2012 New York Times best-selling novel of the same name. “Defending Jacob” is about a shocking crime that rocks a small Massachusetts town and one family in particular. The events that unfold thereafter force an assistant district attorney to choose between his sworn duty to uphold justice and his unconditional love for his son.

The key difference between using a video-streaming service like Apple TV+ and buying titles on physical media is ownership. With an Apple TV+ subscription, you have unlimited access to everything on the service for as long as you keep paying a monthly fee.

If you cancel the subscription, you will lose access to everything behind the paywall. Contrasting video streaming with physical media, we can highlight one major advantage that physical media has going for it—ownership.

Showrunner and creator Mark Bomback hinted in an interview about a year ago that a second season isn’t impossible due to the warm reception of the first one. Deadline reported that “Defending Jacob” became the second most popular Apple TV+ show in May 2020.