If you go overboard on jailbreak tweak installations like I do sometimes, then it may serve you well to keep a tally of how many you have installed at any given time.

Doing this manually would be a painstaking and tedious process, but with the help of a newly released and free jailbreak tweak subtly named TweakCount by iOS developer LacertosusDeus, your iPhone can do it for you automatically.

As you’re about to see in the screenshot examples down below, TweakCount puts the count of installed jailbreak tweaks and extensions right in the Settings app by the list of tweak preference panes: 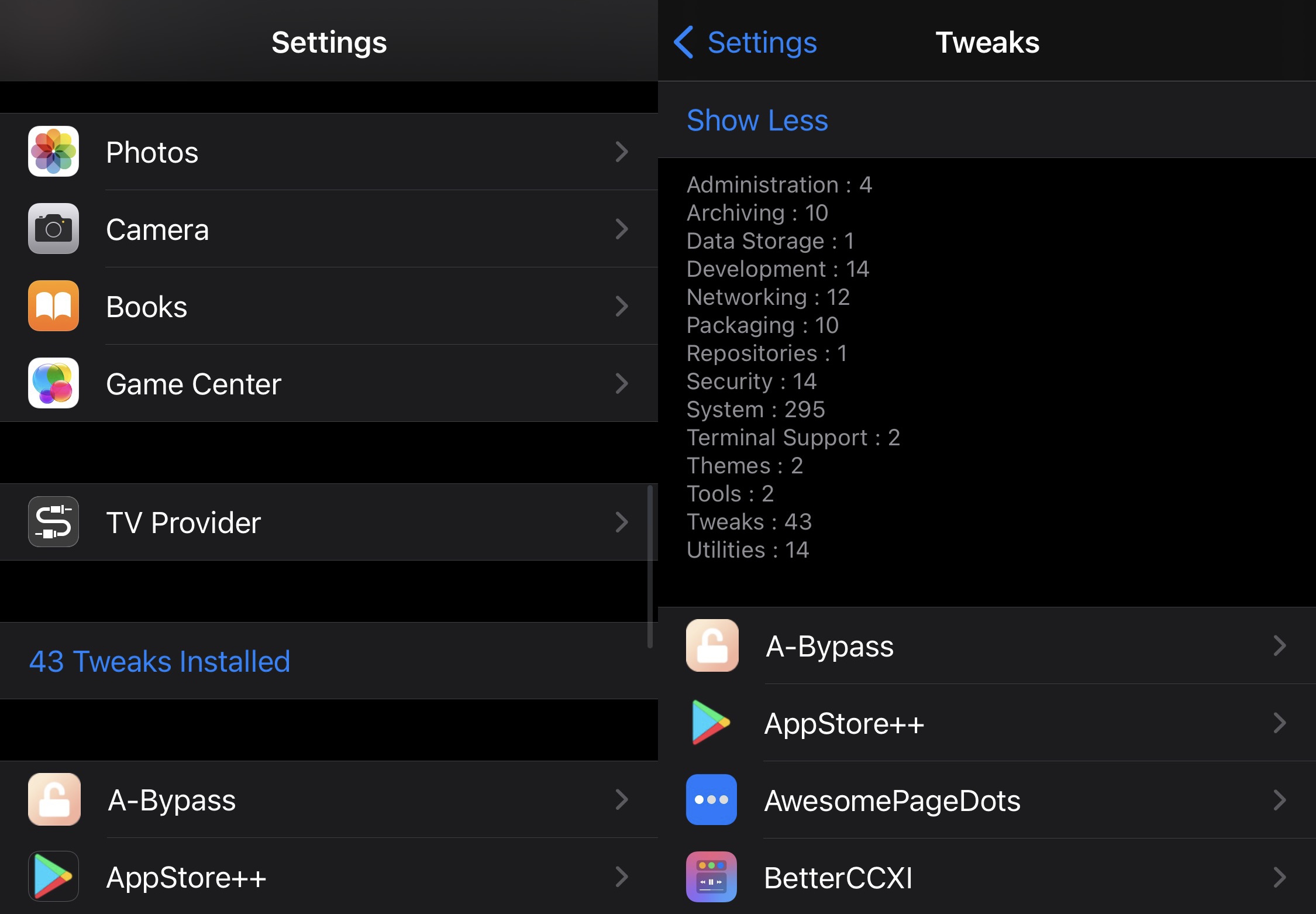 Based on my own testing, I found TweakCount to be a clean way of keeping track of the jaikbreak packages you’ve installed. I especially like that it not only displays the number of tweaks and extensions you’ve installed, but also the amount of each different category.

If you’re interested in giving TweakCount a try, then you can download it for free from the Packix repository via your favorite package manager app. The tweak supports jailbroken iOS 13 and 14 devices and is open source on the developer’s GitHub page.

Do you plan to increase your awareness of installed jailbreak packages with the new TweakCount tweak? Be sure to let us know in the comments section down below.