Noticeably absent from the plethora of Home Screen widgets offered out of the box by iOS 14 is one for music and Now Playing content.

Given just how much emphasis Apple places on music consumption with regard to its platforms, this seemed like an odd decision on the company’s part.

Fortunately for jailbreakers, MediaWidget is a newly released jailbreak tweak by iOS developer Ginsu that fills the missing void by providing a polished Now Playing widget for anyone who wants one on their Home Screen. 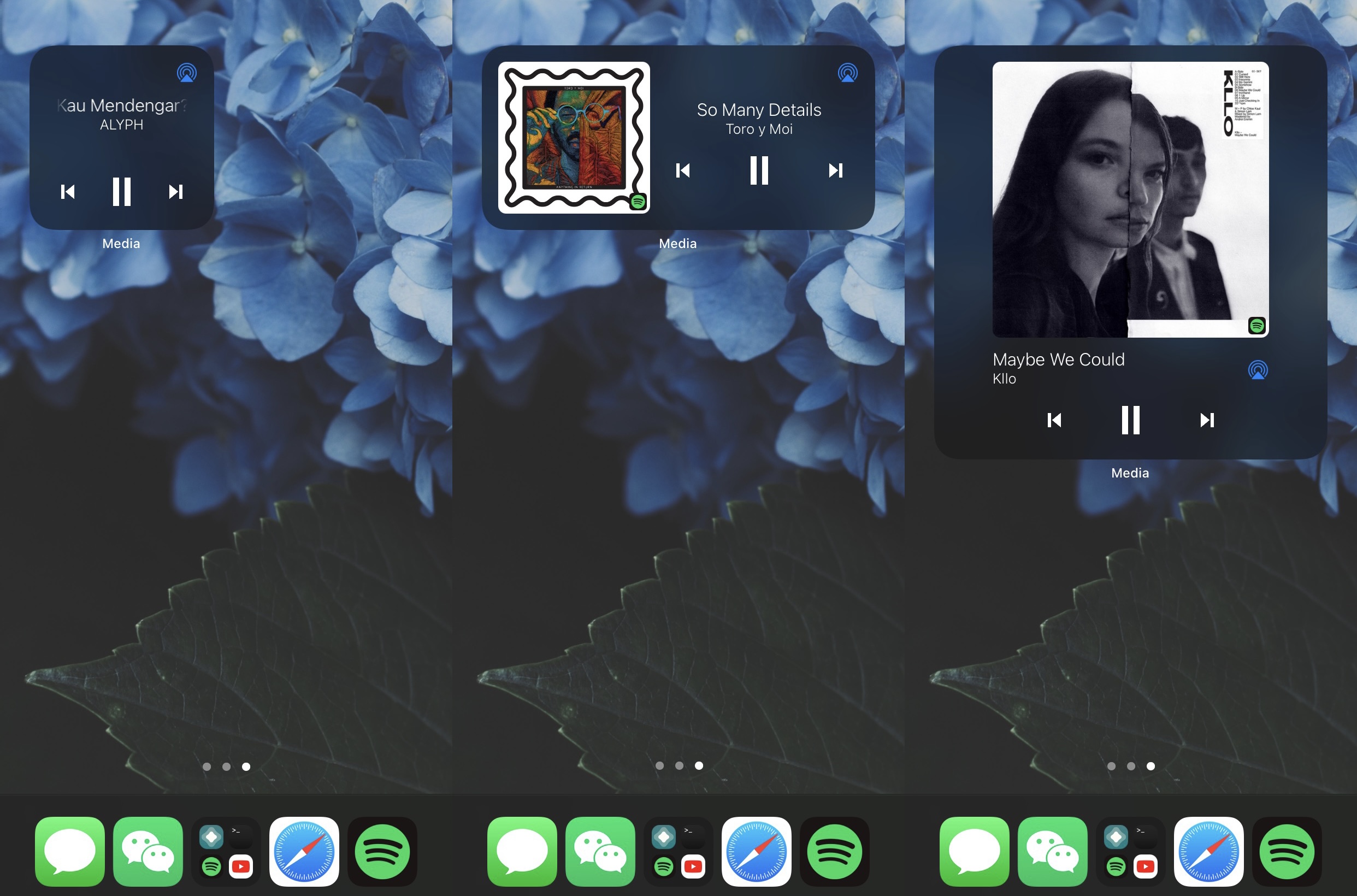 As you’ll see for yourself in the screenshot examples above, MediaWidget integrates seamlessly with iOS 14’s widget system and Home Screen interface. It supports multiple different sizes with each size displaying either more or less information.

The widget can be added to the Home Screen after entering ‘jiggle’ mode and tapping on the subsequent “+” button at the top left of the screen:

If you listen to a lot of music, regardless of which app you use, then MediaWidget is a great way to see what’s playing right from the convenience of the Home Screen.

Those interested in giving the tweak a try can purchase it for $1.00 from the Packix repository via their favorite package manager app. The tweak is only intended for jailbroken iOS 14 devices.

Do you have any need for a dedicated media widget on iOS 14? Be sure to let us know why or why not in the comments section down below.