Apple Studios is always on the hunt for another project to pick up and bring to Apple TV+ subscribers. It has just picked up the rights to another option, which it may be working towards a full series order. But, for now, things are in the initial stages.

According to a report today from Deadline, Apple Studios has secured the rights to the non-fiction book If You Were Only White: The Life of Leroy ‘Satchel’ Page, which was written by Donald Spivey. The report says Apple is working towards a full series order, but that decision hasn’t been handed down just yet.

Legendary NBA star Magic Johnson is helping to bring the project to life. As Mandelay’s Peter Guber. Ron Shelton, an Oscar-nominated producer behind sports films like Bill Durham, is also working on the project. 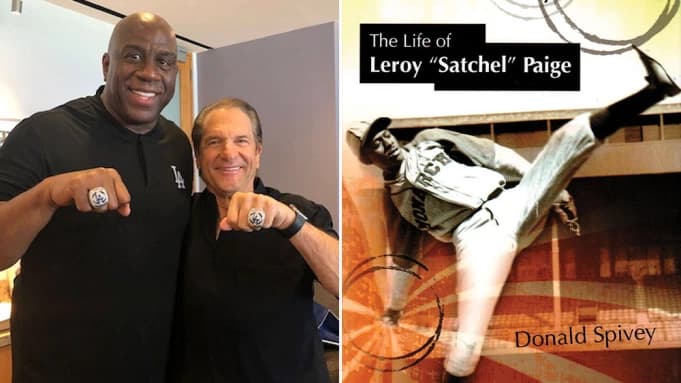 Kapital Entertainment will be co-producing the project along with Apple Studios. Here’s how the drama is described:

The Apple series will explore the epic and remarkable story of Negro League Baseball using the life and legacy of the legendary athlete and showman Leroy ‘Satchel’ Paige, one of baseball’s greatest pitchers and star of Negro Leagues for many years.

Apple Studios and Kapital Entertainment have partnered with the Negro Leagues Baseball Museum, which preserves and celebrates African American baseball. Major League Baseball itself is also supporting the project. With all these backers, and with plenty of attention sure to be on this drama as it moves forward in development, a series order is probably likely from Apple.

But we’re in the very early stages of this one, so it will be quite some time before we get to see the final product on our screens.