Gugu Mbatha-Raw (The Morning Show) is not a stranger to working with Apple TV+. She had a co-starring role in one of the streaming service’s debut series, and now she’s leading the charge on another series.

In December of last year, we reported that Apple TV+ had given a straight-to-series order for the psychological thriller Surface. At the time we also learned that Mbatha-Raw would be starring in the series. Unfortunately, that’s about all we had to work on. Apple didn’t go out of its way to provide any further details about the series or the cast.

But with production in its early stages, more details are starting to come to light. Apple, for instance, revealed its ensemble cast recently, as reported by Deadline. The new additions are, each of which is pictured below in order: Oliver Jackson-Cohen (The Haunting of Hill House, The Haunting of Bly Manor), Stephan James (If Beale Street Could Talk), Ari Graynor (I’m Dying Up Here), François Arnaud (UnReal), Marianne Jean Baptiste (Homecoming), and Millie Brady (The Queen’s Gambit). 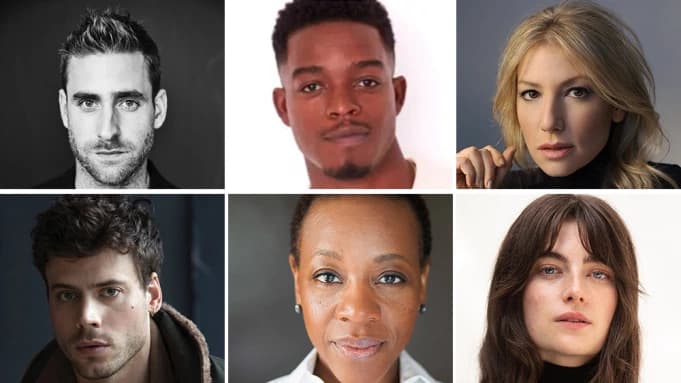 Surface is a co-production from Apple Studios and Hello Sunshine, the latter of which is run by Reese Witherspoon and Lauren Neustadter. There are eight episodes in the first season, with Sam Miller (I May Destroy You) set to direct and executive produce.

As far as what the story of Surface is about, we finally know that, too. The original report says that Mbatha-Raw stars as a character named Sophie, who is working to rebuild her life after a suicide attempt. The series will focus on Sophie trying to remember, and come to terms with, the elements of her life that led to the attempt in the first place.

This report also tells us which character the new actors will be playing:

With production moving forward, we’ll probably be hearing more about Surface in the near future. Unfortunately we don’t know when that will be, or when the psychological thriller will make its big debut on Apple TV+.

Based on this cast, and the story, though, it’s definitely one to keep an eye on.