Last week’s WWDC 2021 Keynote address was chock-full of goodies for iPhone and iPad users, including iOS & iPadOS 15 and the new features they promise for these types of devices.

Developers and beta testers alike rushed to be among the first to download and install the iOS & iPadOS 15 betas after the Keynote ended. Shortly after, we learned that the popular AltStore side-loading platform didn’t work on iOS & iPadOS 15 and that it would necessitate an update to work with Apple’s upcoming operating systems. 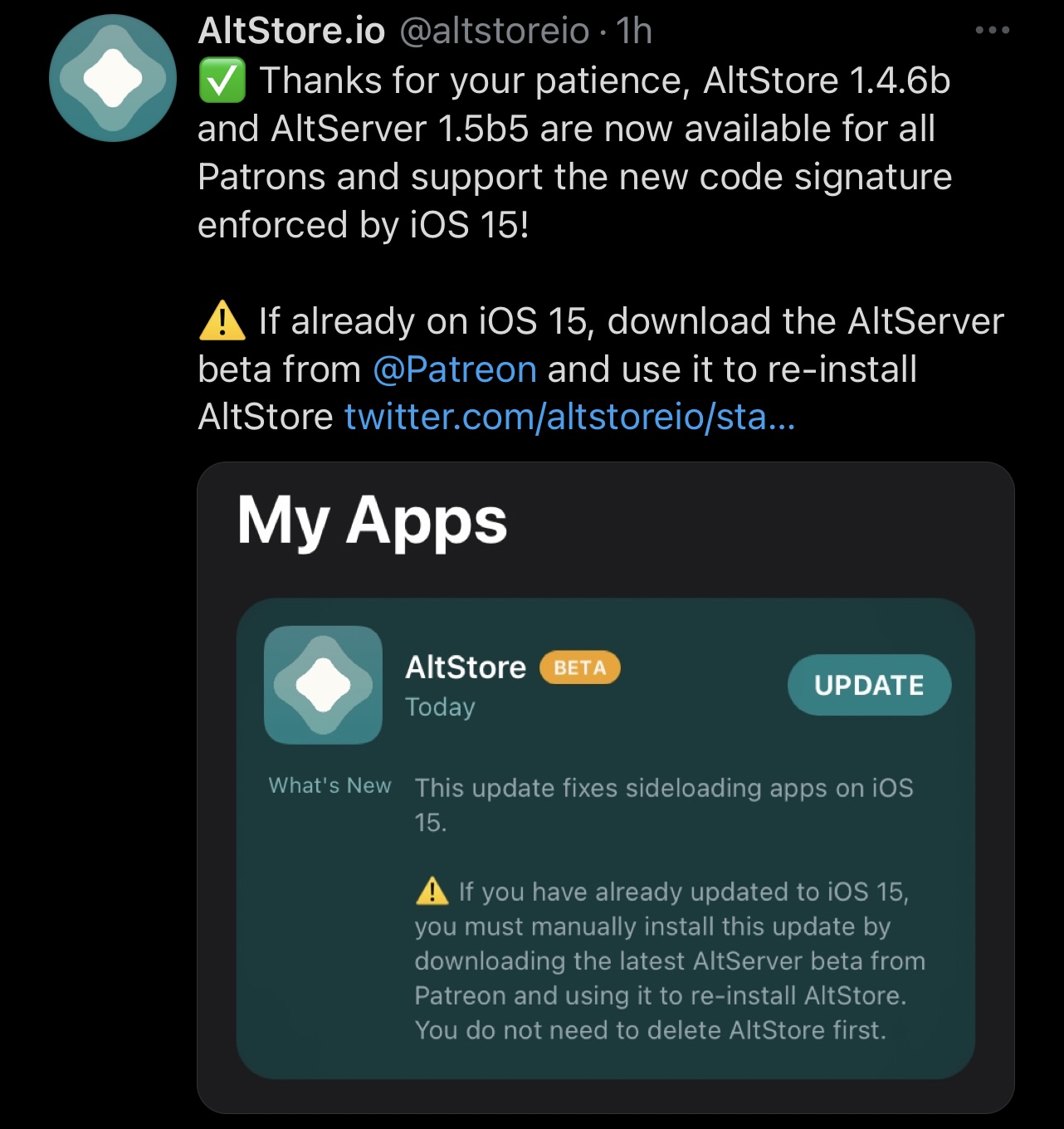 Following typical patterns, AltStore developer Riley Testut published the aforementioned updates (version 1.4.6 beta and 1.5 beta 5) with preliminary support for iOS & iPadOS 15 for loyal supports first and with the intention of rolling out a public release for all other users later on.

We’d like to reiterate that this is still considered a beta release, and as such, is not yet available to the general public. Instead, it is available only to those Patrons who’ve opted to support the developer’s work. It will be a little longer before all other iOS & iPadOS 15 beta users can access AltStore on their device.

As for why this update was necessary, it seems that iOS & iPadOS 15 have implemented a new code signature enforcement that broke the previous version. With this update, AltStore is now in full compliance with that new code signature enforcement. This means iOS & iPadOS 15 users can continue side-loading apps by totally bypassing the App Store and its strict approval process.

AltStore is commonly used in side-loading jailbreak apps such as Odyssey, Taurine, and unc0ver, but it’s also a popular platform for installing modified apps in the form of .ipa files and running game emulators – even on non-jailbroken handsets.

Like always, we’ll continue to keep our readers apprised of any changes to these major software components.