Yes, you can finally view and edit EXIF metadata in Apple Photos on your iPhone and iPad with iOS and iPadOS 15 without requiring any additional app or automation shortcut whatsoever.

Apple didn’t mention the feature at the WWDC21 keynote, but that doesn’t mean it’s not major news. Quite the contrary: Before iOS 15, there was no way for users to view or edit a photo’s underlying EXIF data without a third-party app or an automation script in the Shortcuts app. 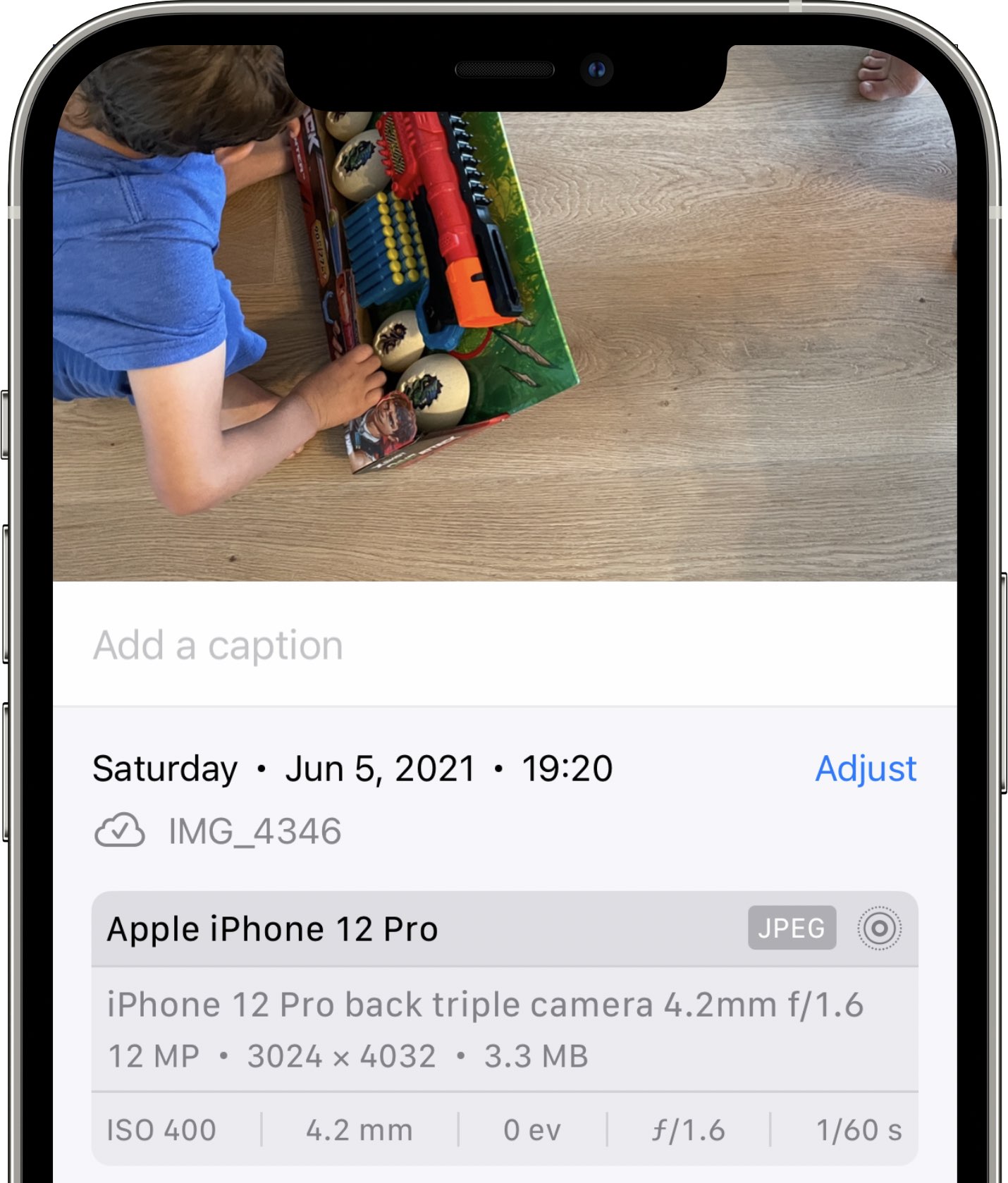 iOS 15 and iPadOS 15, however, address this particular pain point by including a tremendously useful EXIF data viewer out of the box, a first for iOS Photos. Now when viewing a photo or video in the Photos app, simply tap a new “Info” button in the tab area alongside the bottom to reveal basic image information, pulled from the underlying EXIF metadata. 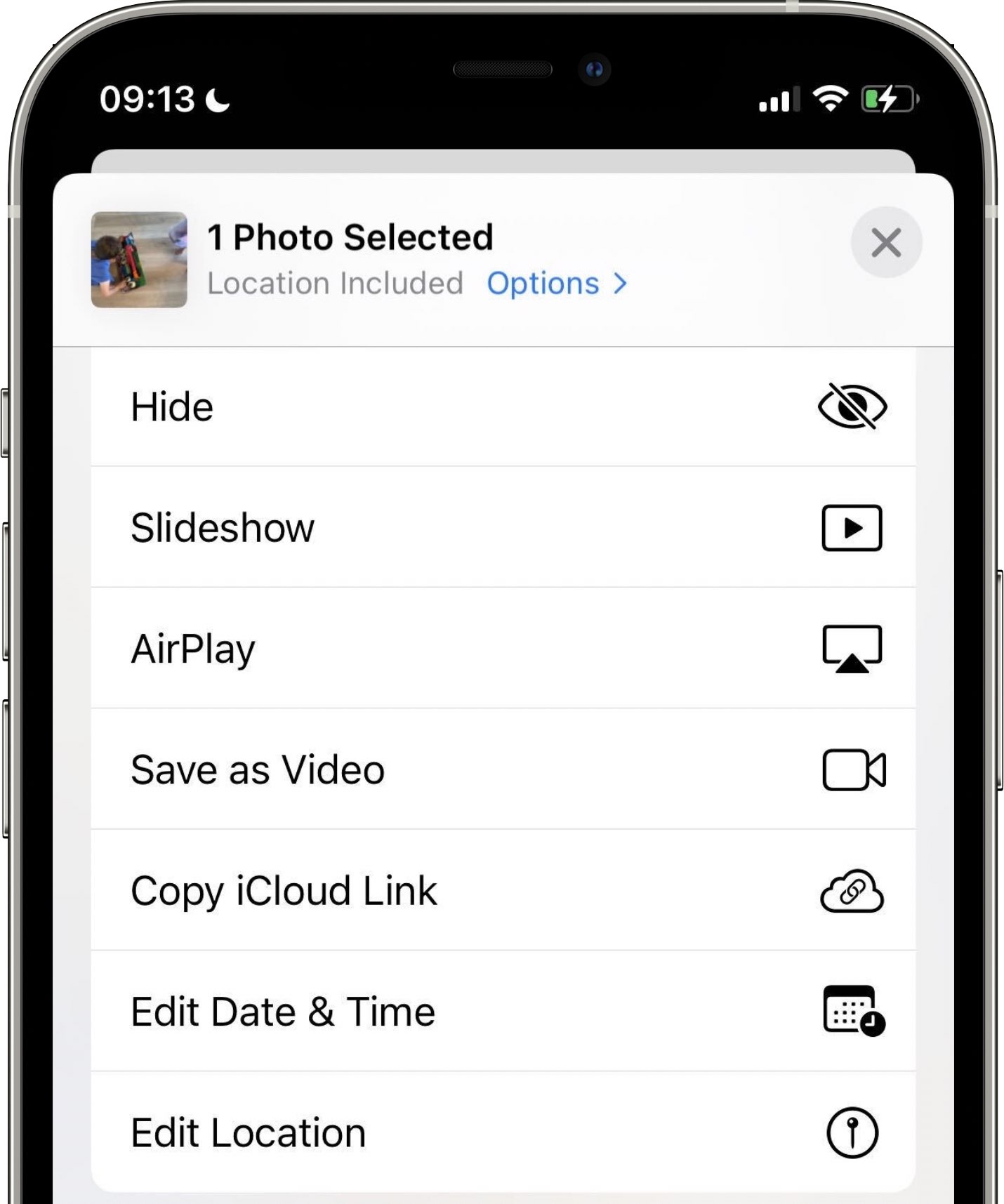 And to edit an item’s date, time and location, use a pair of new options in the Share menu.

Among others, the viewer lists the following EXIF metadata items.

You’ll also notice an “Adjust” button within the date and time section.

Tapping that option lets you adjust the date and time associated with the photo or video. In other words, you can now time-shift images in the Photos app on your iPhone and iPad just as you’ve been able to do in Photos for Mac. Alternatively, choose “Edit Date and Time” from the Share menu to adjust an item’s date and time of capture as well as its time zone.

Changing a photo’s time and date is a great way to reorder the images in the Photos library. As another example, use this handy feature if you travel to another time zone and your camera assigns dates and times that are incorrect for your home.

You can even change the location the photo or video was taken at, right on your iPhone or iPad.

Simply hit the Share menu, then choose a new option in iOS and iPadOS 15 labeled “Edit Location.” You’ll be presented with a search field and a list of matching locations from Apple Maps. Choose one to apply it to the selected Photos item or hit “Revert” to cancel the changes. 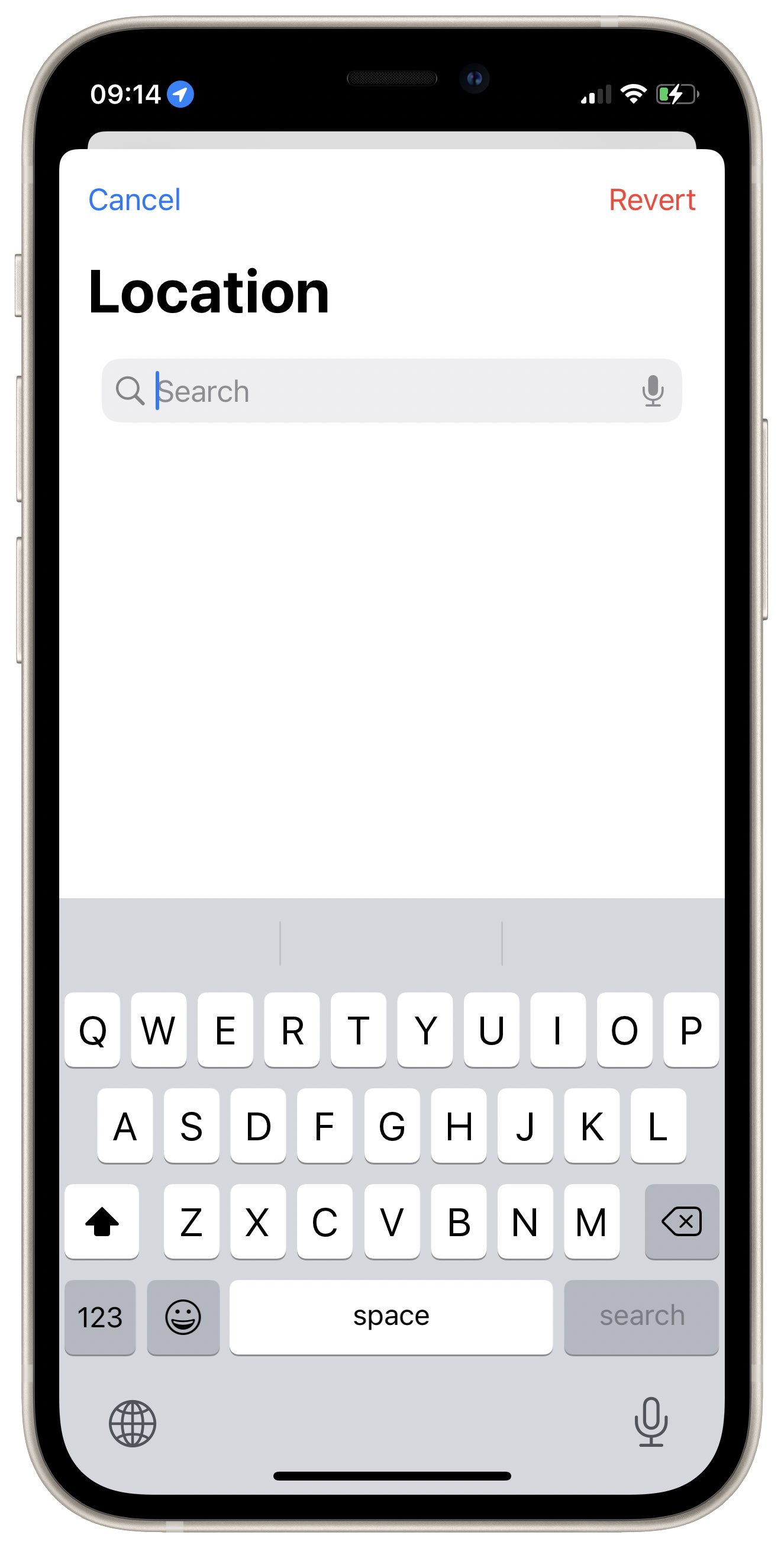 People who use iOS and iPadOS 14 or earlier are recommended to download the Exif Metadata app for iPhone, iPad and Mac from the App Store. For the sake of disclosure, we should mention that the Exit Metadata app was developed in-house by the iDownloadBlog team.

Here are some useful tutorials around this app:

We’d appreciate it if you could write a review of the Exit Metadata app on the App Store.

Apple hasn’t committed to a firm release date for iOS 15 beyond saying the update would launch publicly this fall. If history is anything to go by, iOS 15 will appear as an over-the-air update on users’ devices a few days before the next iPhone goes on sale in September.

The system requirements for iOS 15 reveal the update is compatible with all iPhones from the iPhone 6s onward, meaning the device compatibility list has remained unchanged from iOS 14.