One of the best WWDC21 announcements for non-Apple fans is the ability for Windows and Android users to join FaceTime calls initiated by Apple users on macOS 12 or iOS/iPadOS 15.

FaceTime comes to Android and Windows

Rather, the Cupertino giant has launched the new ability for non-Apple customers to join FaceTime calls started by Apple users. This happens through Apple’s new FaceTime web app.

Now you can send friends and family a link to connect on FaceTime—even if they’re using Windows or Android. And it’s still end-to-end encrypted, so your call is as private and secure as any other FaceTime call.

But hold your horses, FaceTime isn’t becoming a true Zoom alternative just yet: Non-Apple customers who use Android or Windows currently cannot schedule or start a FaceTime call. For that, Apple insists you own an Apple device and have an Apple ID account.

→ How to replace your head with Animoji during FaceTime video calls

Before Android and Windows users are able to join in your call, you actually must create a unique shareable FaceTime link from your iPhone, iPad or Mac. You can then share the generated link via text, email, WhatsApp, calendar invite and so forth with just about anyone.

How to join FaceTime calls on Android and Windows

To join a scheduled FaceTime call or a FaceTime call that’s already in progress, just click a link to join a call in a web browser from your Windows or Android device, it’s that easy. Non-Apple customers can join both one-on-one and group FaceTime calls, audio or video, via the web. 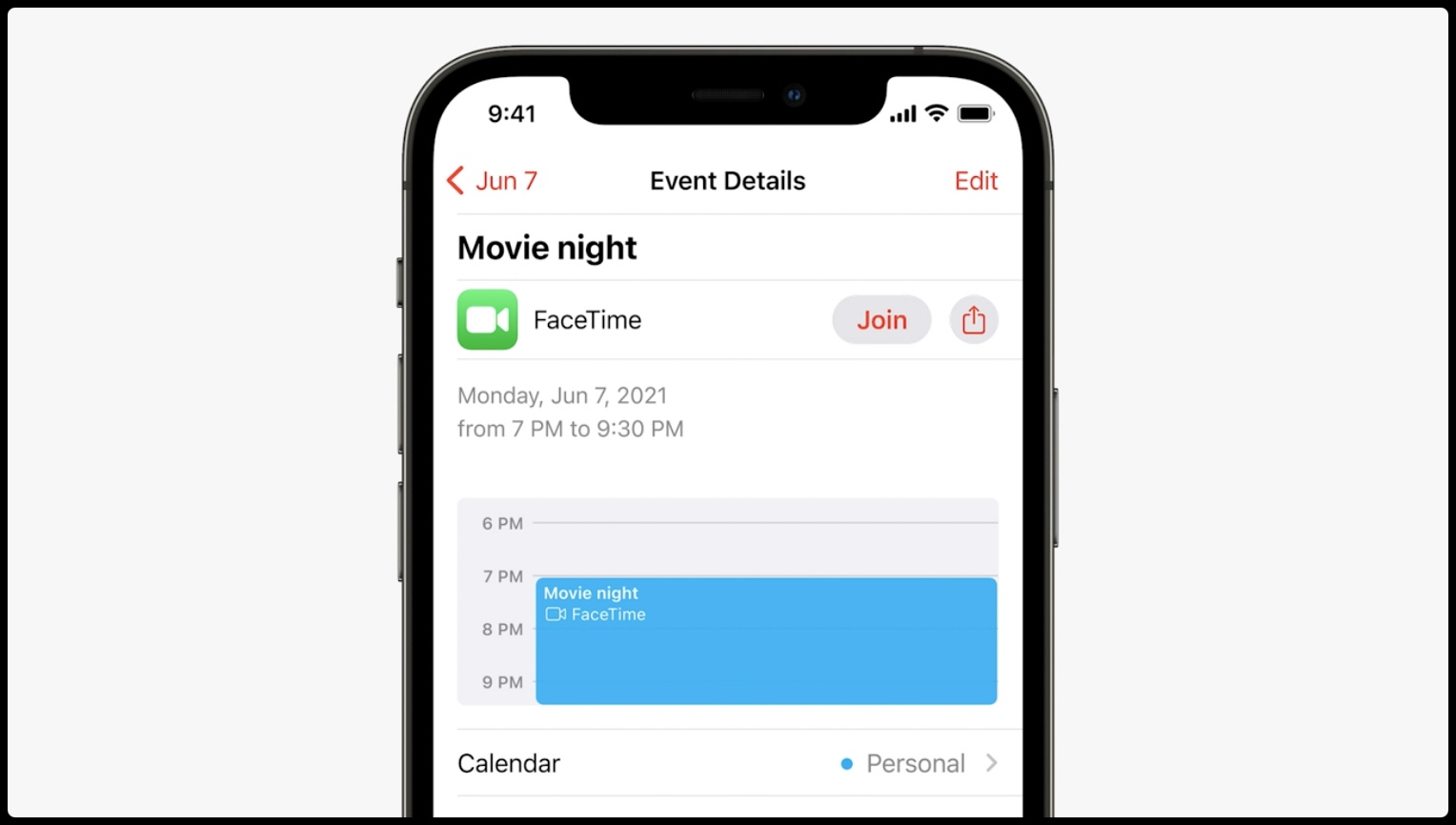 One caveat: The Apple user who started the call must approve non-Apple participants before they can enter the call through the web.

No login is necessary whatsoever to join a FaceTime call through a web browser.

What do I need for FaceTime on the web?

As long as you use a modern web browser that supports the latest web technologies, you should be able to join a FaceTime call from your web browser on Android and Windows devices without having to install any browser plugins or additional software.

Wait, how secure is FaceTime on the web?

According to Apple, there should be no difference in terms of security between using the native FaceTime app and its web-based counterpart because both take advantage of end-to-end encryption to protect your communications and shield against eavesdropping.

“FaceTime calls on the web remain end-to-end encrypted, so privacy is not compromised,” accord to the official iOS 15 press release found on the Apple website.

→ How to install the iOS 15 beta on your iPhone

Apple hasn’t committed to a firm release date for iOS 15 beyond saying the update would launch publicly this fall. If history is anything to go by, iOS 15 will appear as an over-the-air update on users’ devices a few days before the next iPhone goes on sale in September.

The system requirements for iOS 15 reveal the update is compatible with all iPhones from the iPhone 6s onward, meaning the device compatibility list has remained unchanged from iOS 14.