watchOS 8 brings a significant update to the Home app on your Apple Watch, making it easier to control your HomeKit accessories and scenes, use Intercom and more, right from your wrist.

See what's included in this article... Show the table of contents...
1) Say hello to a redesigned Home app for your wrist
2) watchOS 8: Everything new in the Home app
2.1) A refreshed design and navigation
2.2) Faster access to HomeKit gadgets
2.3) Accessory control by room
2.4) Security camera feed on your wrist
2.5) The Intercom button in the Home app
3) When is watchOS 8 launching publicly? 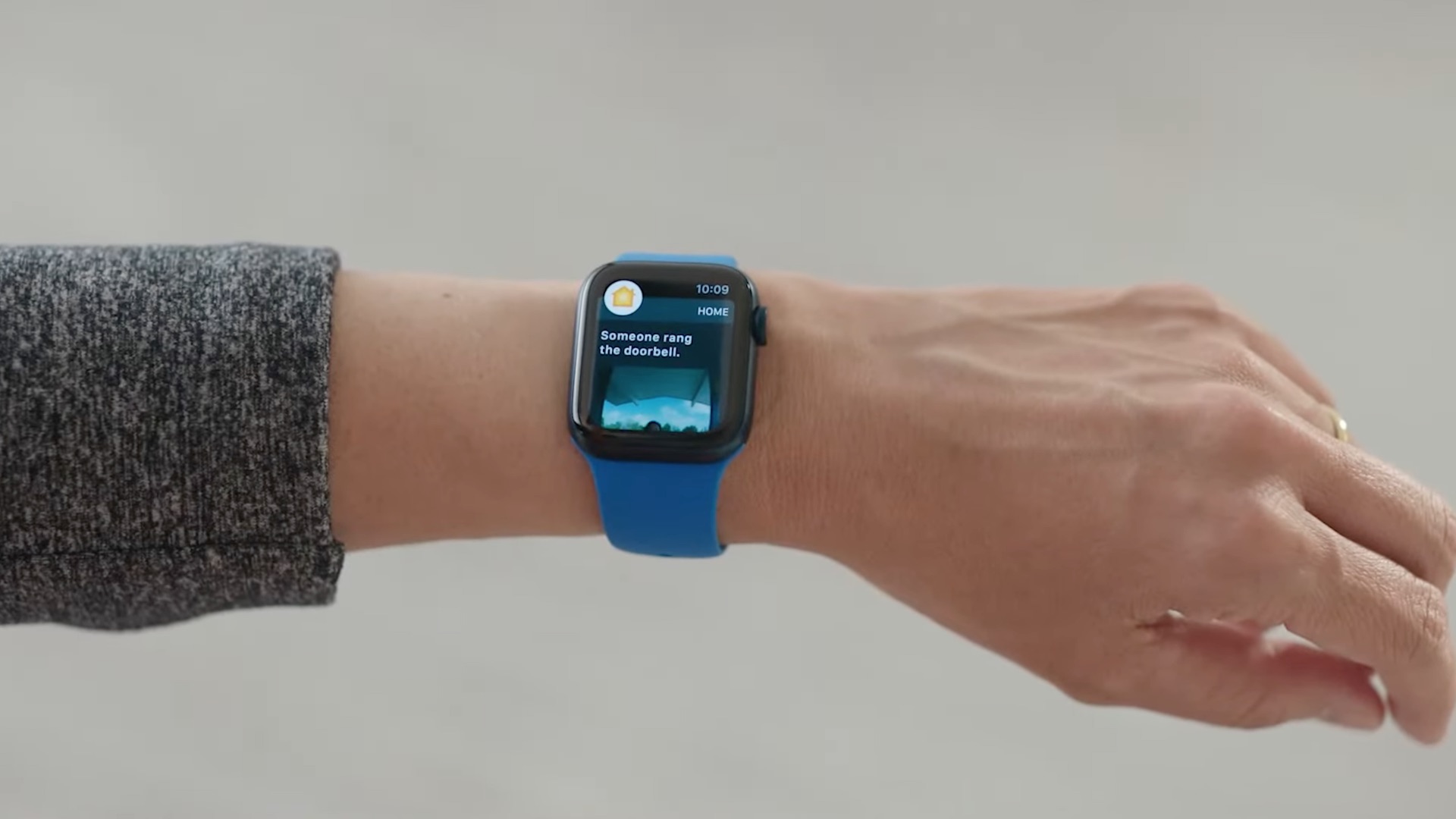 Say hello to a redesigned Home app for your wrist

Aside from refreshing the look and feel of the Home app on your Apple Watch, the watchOS 8 update has enabled the following new capabilities for the app:

watchOS 8: Everything new in the Home app

Here’s a closer look at the new features for watchOS 8’s Home app on your Apple Watch.

A refreshed design and navigation

Among the updates to the Apple Home app on watchOS 8 is a refreshed design, bringing the app more in line with its iPhone, iPad and Mac versions in terms of the look and feel.

Design changes include faster navigation because your accessories and scenes no longer take up the whole screen. Instead, any smart home appliances along with their states are lined up as circular icons at the top of the Apple Watch display, followed by your scenes. 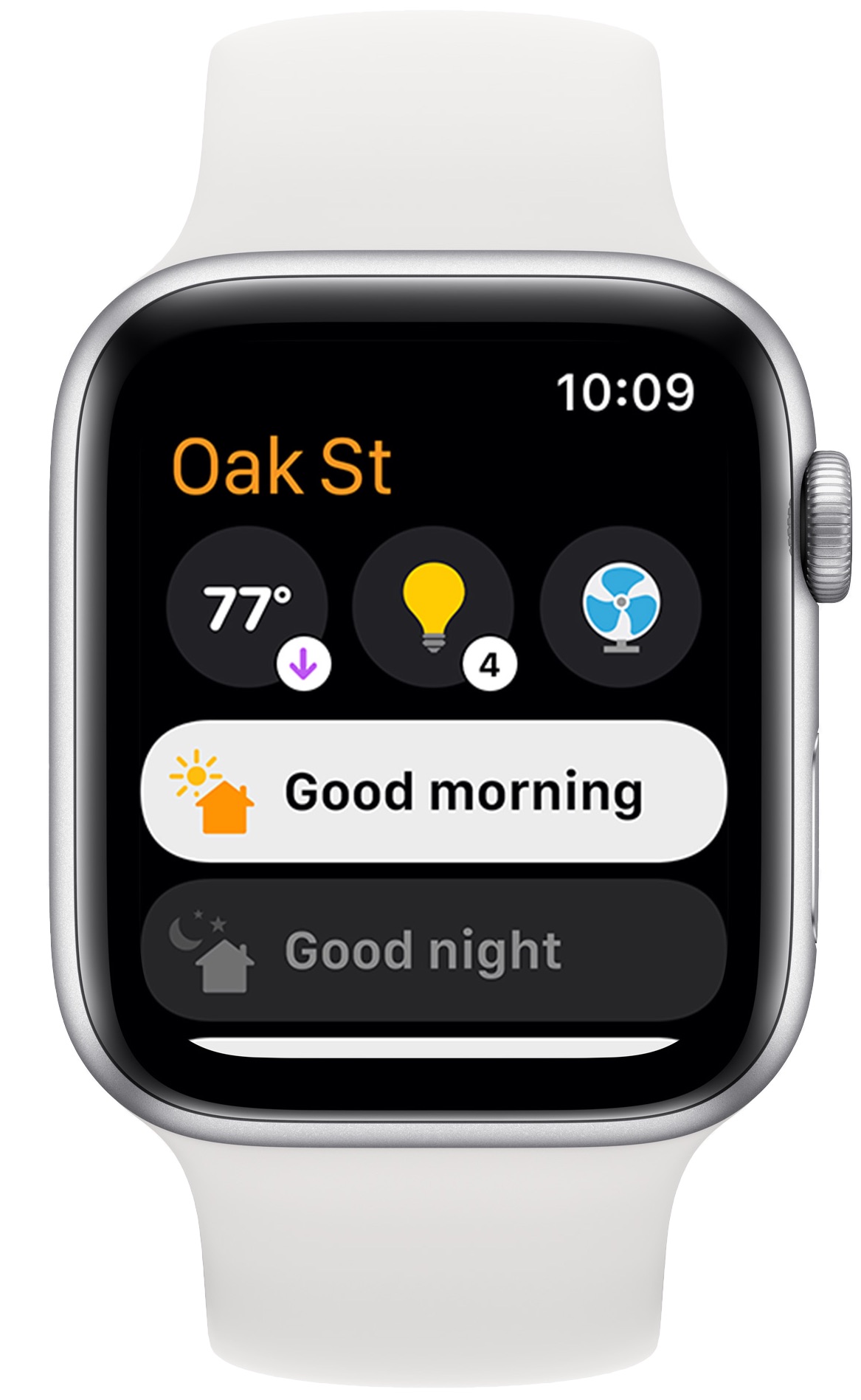 Before watchOS 8, you had to scroll through large representing your accessories and scenes, which was cumbersome for those with lots of smart devices in their home.

With watchOS 8’s revamped Home app, you can conveniently access controls for your smart home appliances and HomeKit scenes that may be needed at a particular moment because Siri intelligence surfaces the accessories and scenes you’re most likely to need next. 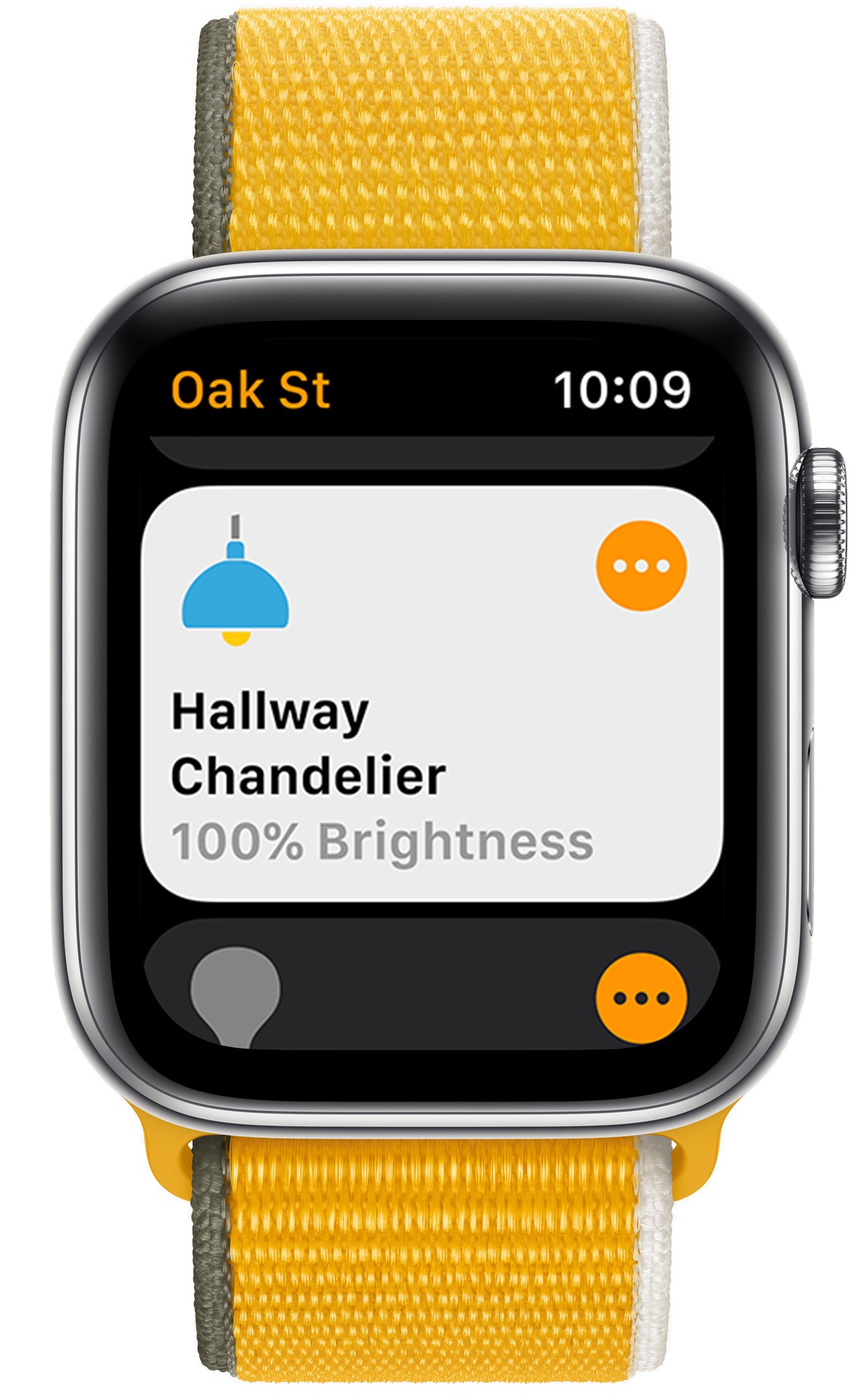 Aside from fast access to smart accessories and scenes, the Home app on watchOS 8 now offers the ability to control accessories by room. Before watchOS 8, you were able to switch between different homes but not access specific accessories in individual rooms.

Security camera feed on your wrist

With the updated Home app, Apple Watch users can see live video feed from a security camera—now you can see who’s at the door and respond to them, all directly on your wrist!

Also, you’ll now get alerted when the doorbell camera has detected package delivery. Before watchOS 8, HomeKit Secure Video would only detect people, animals and vehicles. 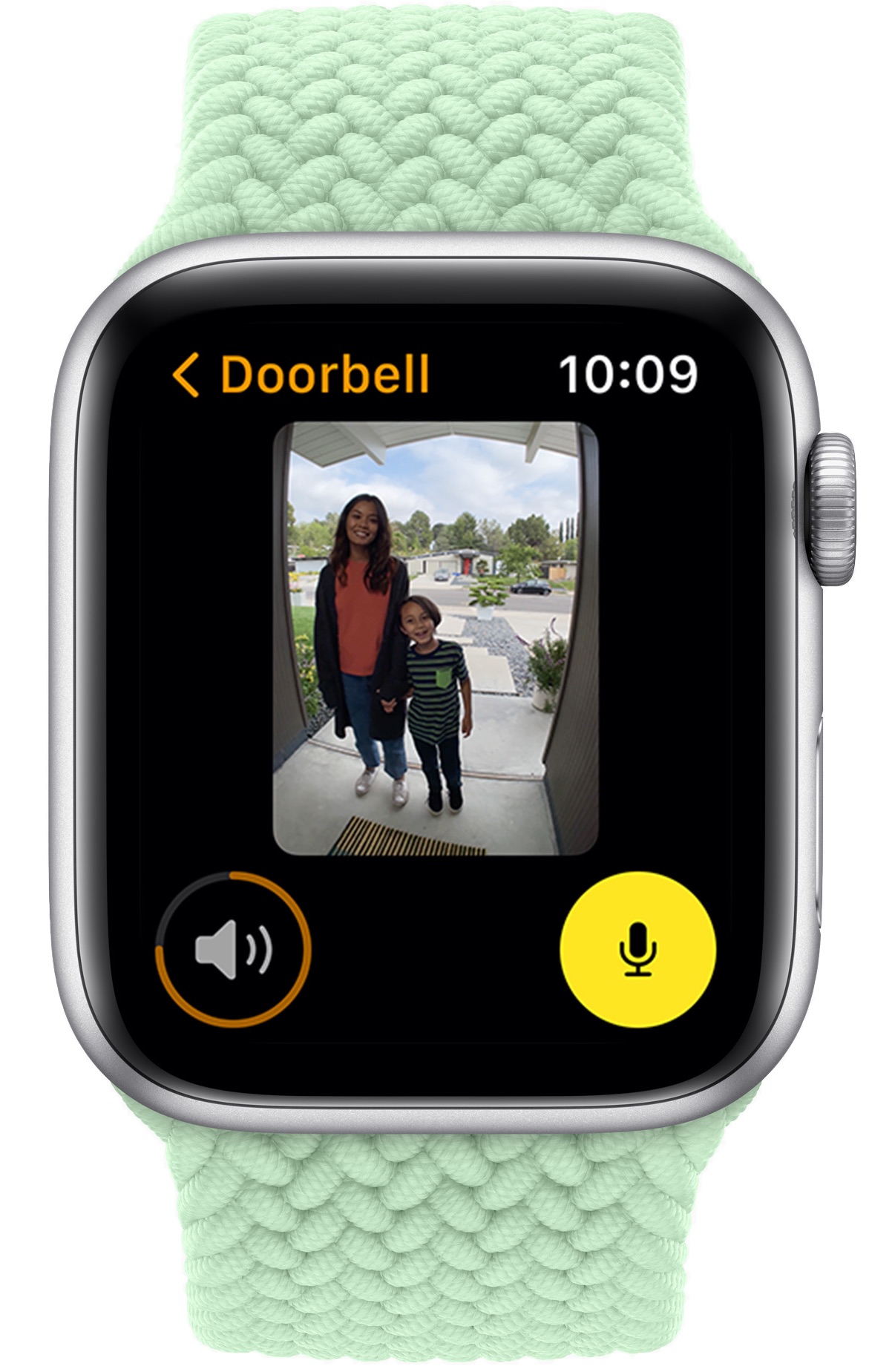 Aside from a compatible camera, the HomeKit Secure Video feature requires an Apple TV or HomePod mini for on-device video analysis without sending anything to the cloud.

The Intercom button in the Home app

Just tap a new Intercom button in the Home app on your Apple Watch to use the feature. 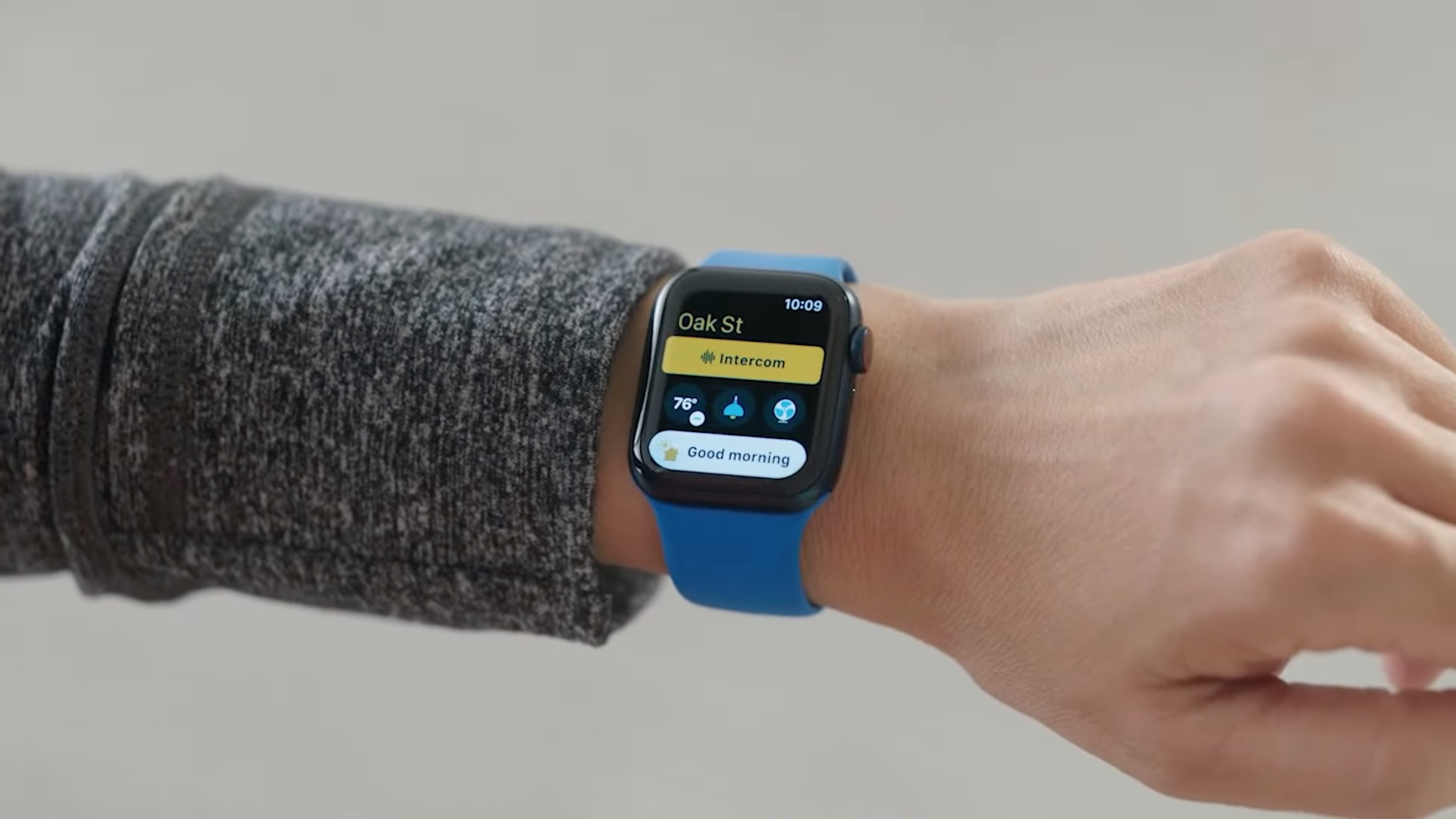 Doing so will start recording a short audio message to quickly broadcast throughout all the speakers in your home or to individual rooms via your HomePod or HomePod mini smart speaker or a compatible Intercom device such as your iPhone or iPad.

→ How to use the Intercom feature on your HomePod

Like before, you can also send these Intercom messages with Siri on your Apple Watch, as well as with your AirPods or compatible Beats headphones connected to the watch.

When is watchOS 8 launching publicly?

Apple began testing the new Apple Watch software on June 7, 2020, by releasing the inaugural beta of watchOS 8.0 to its registered developers. Testing pre-release software will continue throughout the summer, with the first public beat arriving later in June.

watchOS 8 will release publicly for all Apple Watch owners this fall.