Apple during its pre-recorded Worldwide Developers Conference keynote announced a set of new features in iPadOS 15 designed to make working on iPad more productive than before.

Just like on the iPhone, you can now place widgets among the apps on your Home screen.

Not only that, but widgets can now take advantage of your tablet canvas by giving existing widget sizes such as small, medium and large even more breathing space on your iPad.

Multitasking is now easier to both use and discover.

There’s now a brand new control available at the top of apps you use on your iPad. Tapping it reveals a new multitasking menu with quick shortcuts letting you do things such as jump right into Split View or Slide Over modes, or send the app to fullscreen mode.

This should alleviate some of the friction associated with learning multi-fingered gestures for iPad multitasking, a frequent complaint from iPad users. 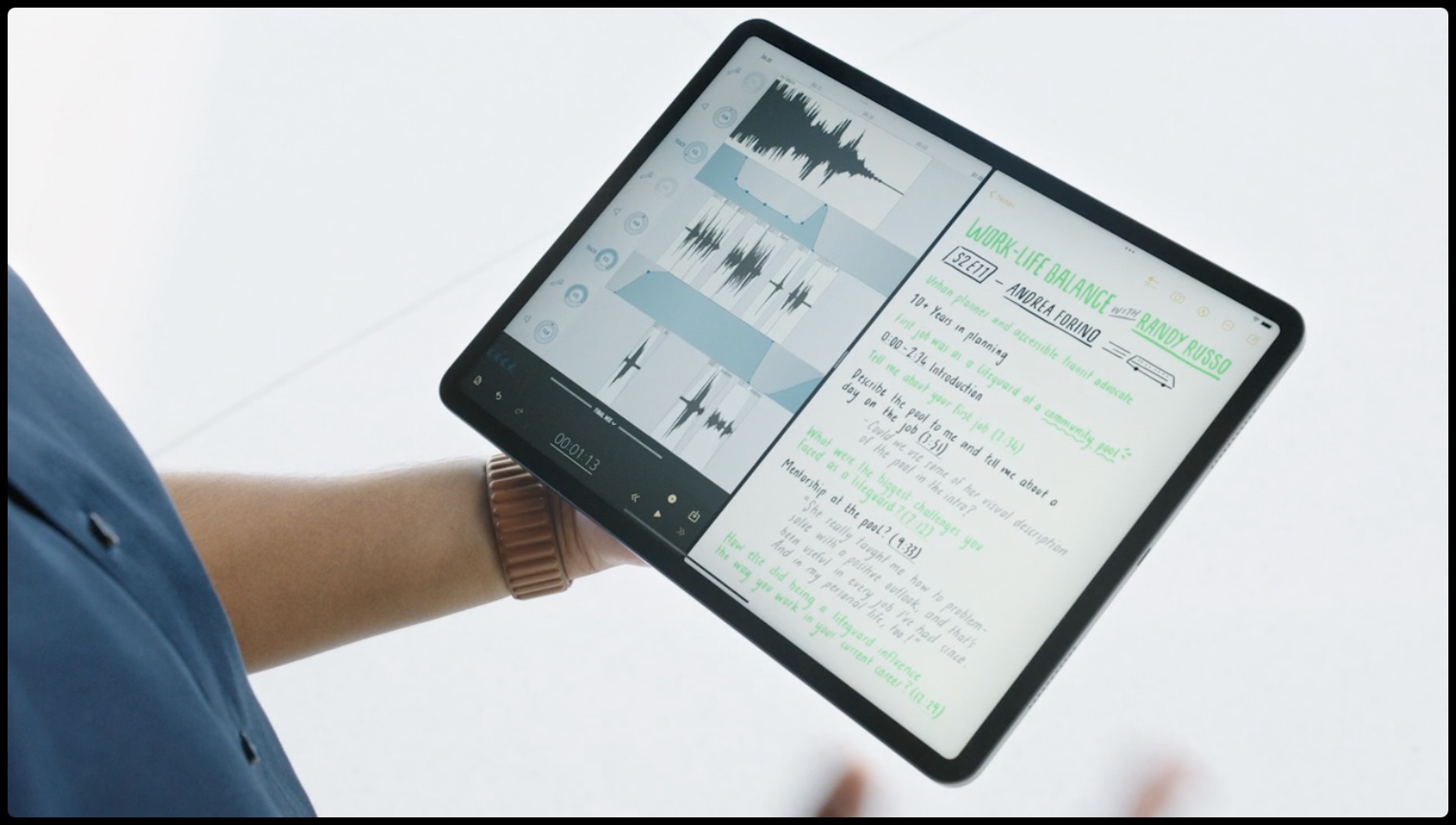 Next, apps capable of producing multiple windows (like Mail or Safari) are now much easier to use with iPadOS 15’s new multitasking shortcuts. Now when you’re working with, say, multiple tabs in Safari or two instances of Mail or Notes in Split View mode, you can just swipe down to minimize all of an app’s open windows into something called Shelf. 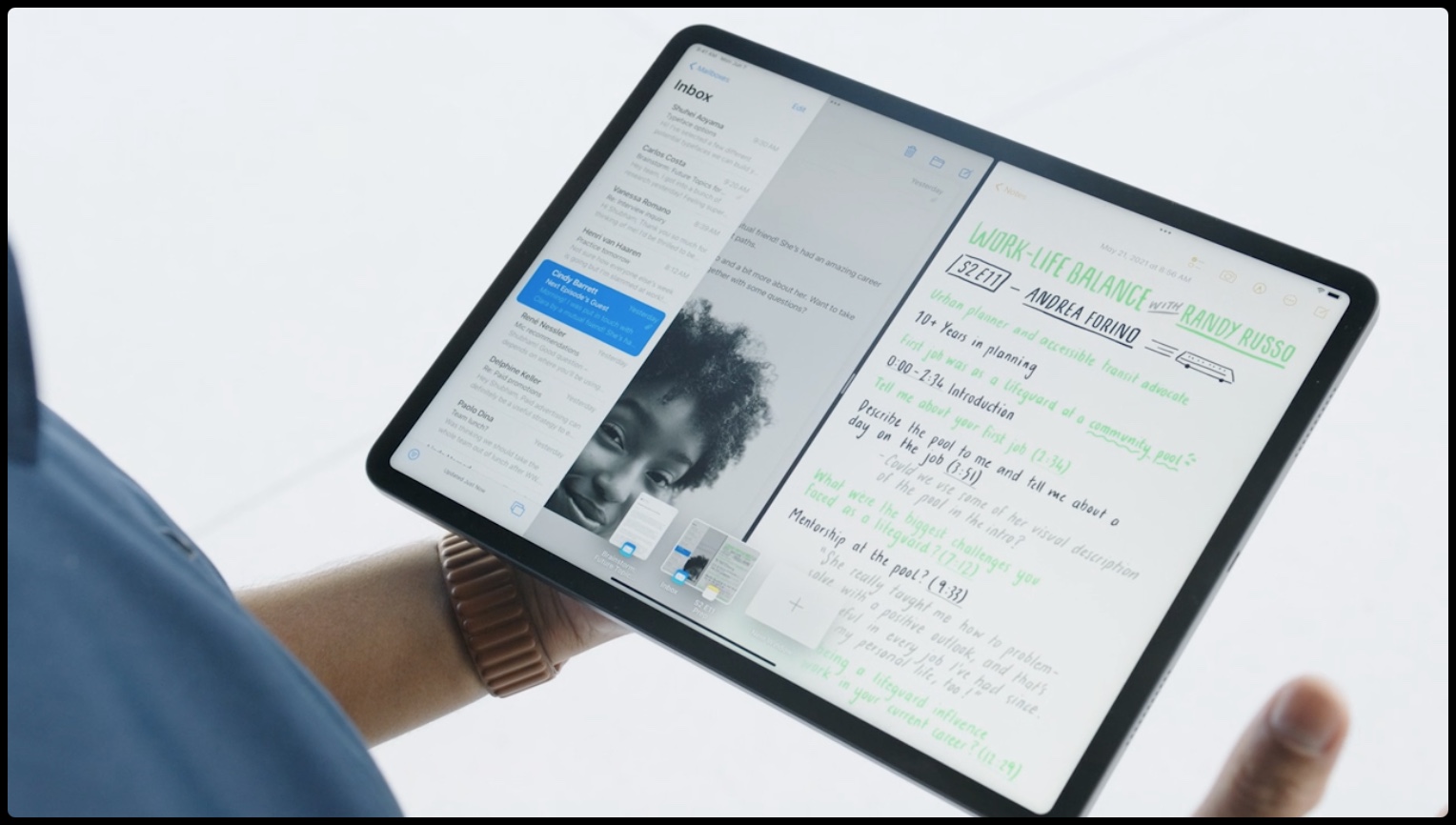 The Shelf sits at the bottom of the screen and automatically appears when you switch apps. For instance, switch to Safari and you’ll instantly see all of the tabs on the Shelf. Or, you can switch to Mail and see all of Mail’s open windows on the Shelf.

Tap anything on the Shelf to quickly switch to that window. You can, of course, easily remove windows from the Shelf. This brings us to the app switcher, which is now more powerful on iPadOS 15 in terms of removing one major obstacle to multitasking: Split View multitasking. 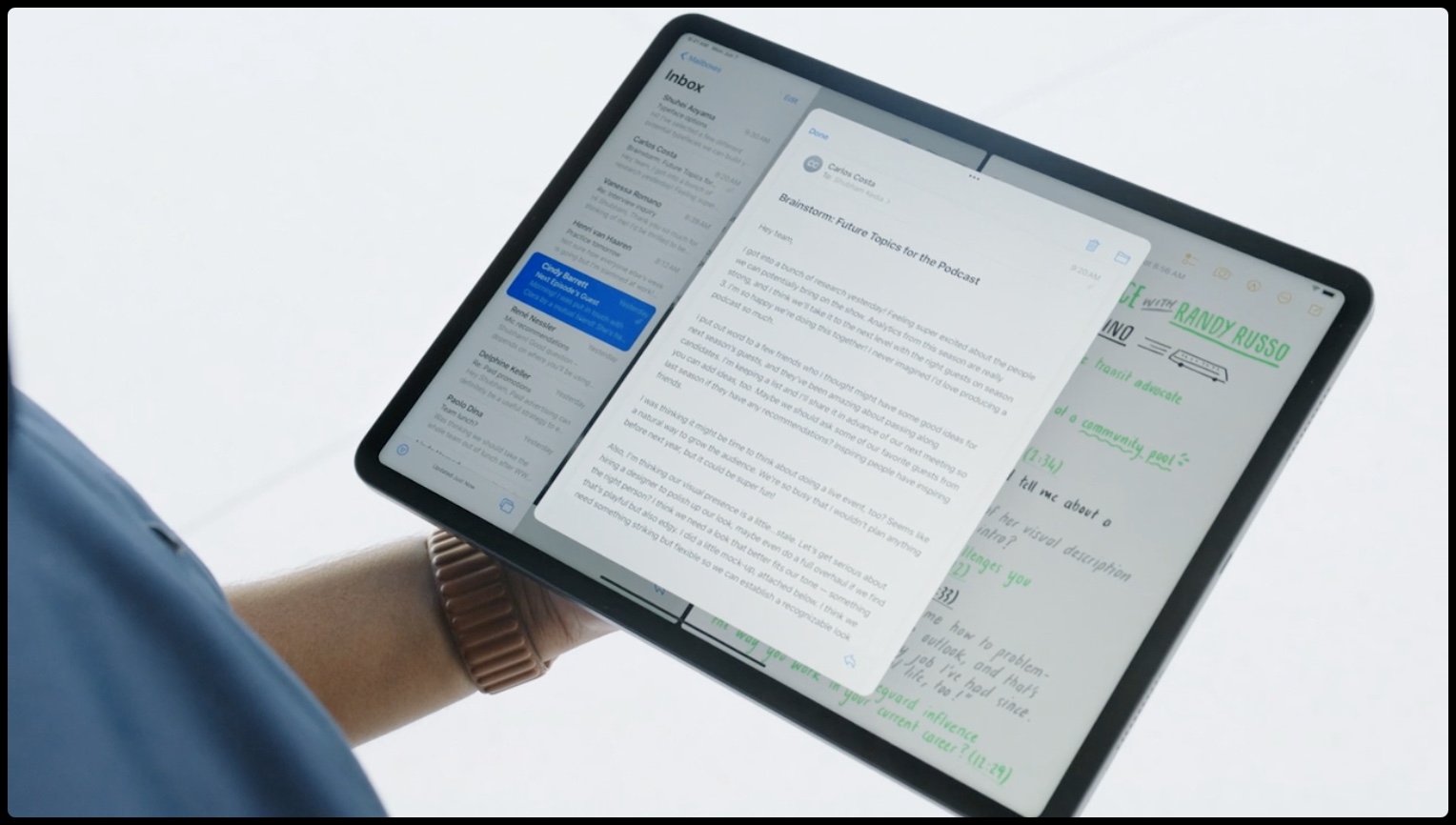 As you probably know, you’ll need to do a little bit of dancing to create a side-by-side Split View multitasking mode if the other app is not in the Dock.

With the new app switcher in iPadOS 15, you just drag and drop one app thumbnail over another to quickly create a Split View arrangement. We’ll see if this helps more people embrace Split View.

And that’s what Apple has in store in terms of iPad multitasking in iPadOS 15.