It can be convenient to swipe down from the top of your iPhone’s display to get a brief glance at any missed notifications you might have via Notification Center, but the gesture itself sometimes conflicts with the in-app gestures of games and certain full-screen apps.

Apple tries to mitigate said conflicts by displaying a two-step notification grabber in some of the aforementioned examples, but the device will still recognize the gesture as an attempt to launch Notification Center instead of the gesture likely intended for use inside of the app. This can make or break winning certain games and create inconveniences in other apps!

iOS developer CydiaGeek recognized this potential shortcoming of iOS and decided to combat with the release of a new and free jailbreak tweak known as ShyNC.

To put it briefly, ShyNC can disable the Notification Center gesture while using apps.

Users can choose between disabling it for all apps, or only for specific ones. Options are provided in the new ShyNC preference pane that gets added to the Settings app post-installation: 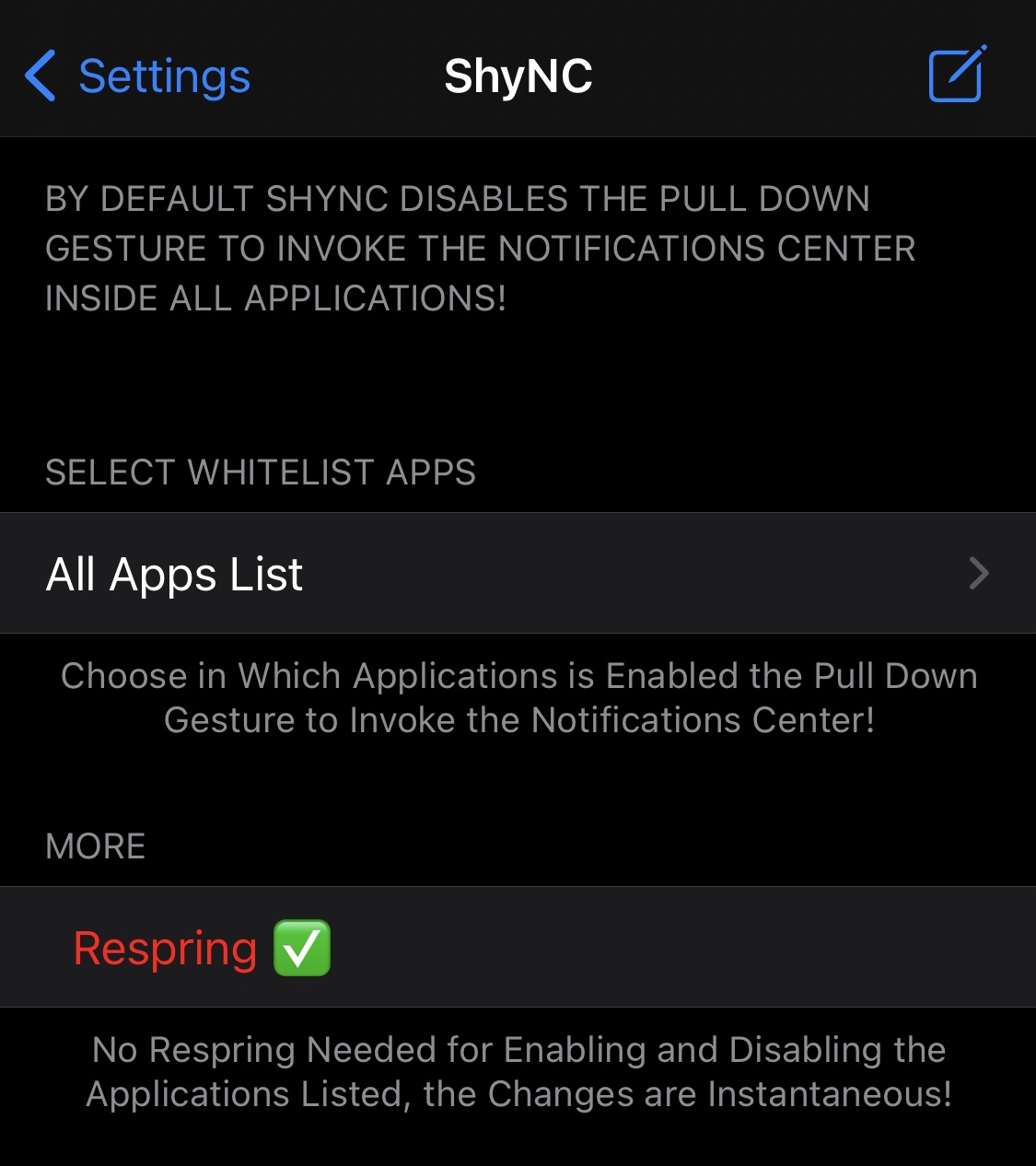 It’s worth mentioning that if you don’t whitelist specific apps, then all apps will be disables by default. Only by whitelisting apps will you be able to access Notification Center in those apps.

Those interested in giving ShyNC a try can download the tweak for free from the BigBoss repository via their favorite package manager. The tweak supports jailbroken iOS 13 and 14 devices.

Do you have any apps that you’d prefer not to be interrupted by Notification Center in? Let us know in the comments section down below.