There’s certainly no shortage of jailbreak tweaks that modify the look and feel of an iPhone’s volume HUD interface, but that doesn’t necessarily mean that the current abundance of options on the market offer the look and feel that each individual jailbreaker might be going for.

RetroVol is a newly released and free jailbreak tweak for the volume HUD by iOS developer Wes that might invoke an ounce of nostalgia if you’ve ever used an older television, and if you’re interested in having this sort of thing on your iPhone, well then… you’ve come to the right place!

In the animated GIF example below, you’ll see that RetroVol both looks and feels like it belongs on one of those old and heavy vacuum tube television sets from the 90’s:

It’s not particularly pretty to the untrained eye, but depending on the time period you grew up in and your mindset, the retro-ish vibe of this volume bar aesthetic just might tickle your fancy. In fact, the concept appeared as a rather popular request on /r/jailbreak around a month ago.

Paired with one of many tweaks that gives your iPhone an old television-style locking animation, it’s one way to make your iPhone stand out from a crowd.

One thing worth noting is that RetroVol is highly configurable, so what you see above isn’t necessarily what you’ll get. In fact, it can be colorized or re-sized however you want, like so: 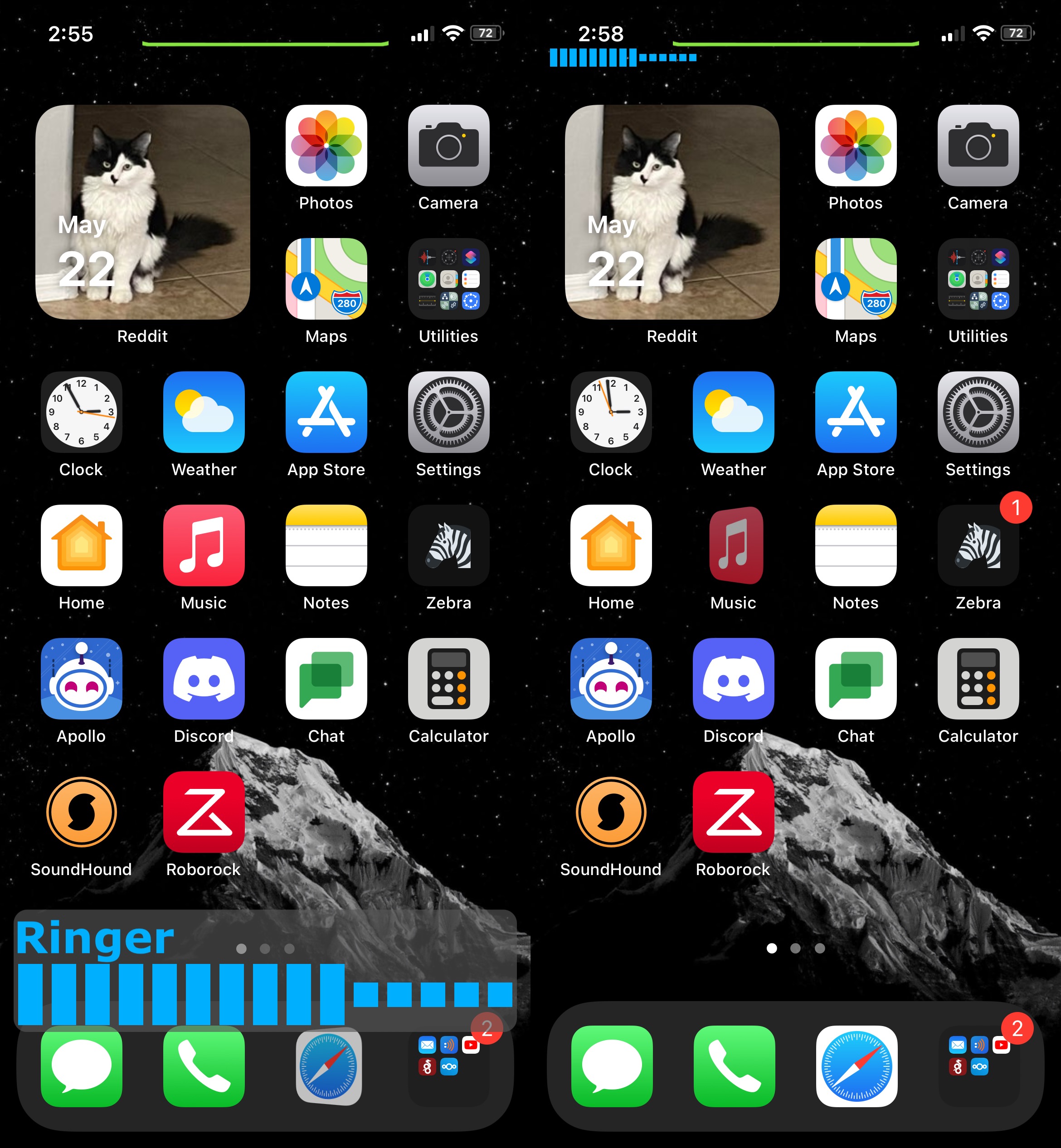 Once installed, the tweak adds a preference pane to the Settings app where you can configure it to your liking:

Those interested in giving the new RetroVol tweak a try can download it from the wrp1002 repository via their favorite package manager. The tweak supports jailbroken iOS 14 devices, but may also work on earlier versions of iOS. It’s also open source on the developer’s GitHub page for anyone who might be interested in learning more about how it works under the hood.

If you aren’t already using the wrp1002 repository, then you can add it to your package manager of choice using the following URL:

Do you have any plans to evoke a retro vibe with the new RetroVol tweak? Be sure to let us know why or why not in the comments section down below.