Not too long ago now, Apple’s newest iMac went on sale. And, as should be expected these days, the crew at iFixit got their hands on one and promptly went to work taking it apart.

The process is well underway at this point, and iFixit has published the first part of its teardown of the new, more colorful 24-inch iMac. This teardown is a bit different, insofar that we’re not about to see a whole lot under the hood. In fact, Apple’s adoption of the M1 processor for its newest desktop computer makes it possible for the company to drastically slim down the number of parts inside.

What’s most interesting might be what iFixit can’t explain, at least not at the time of publication. 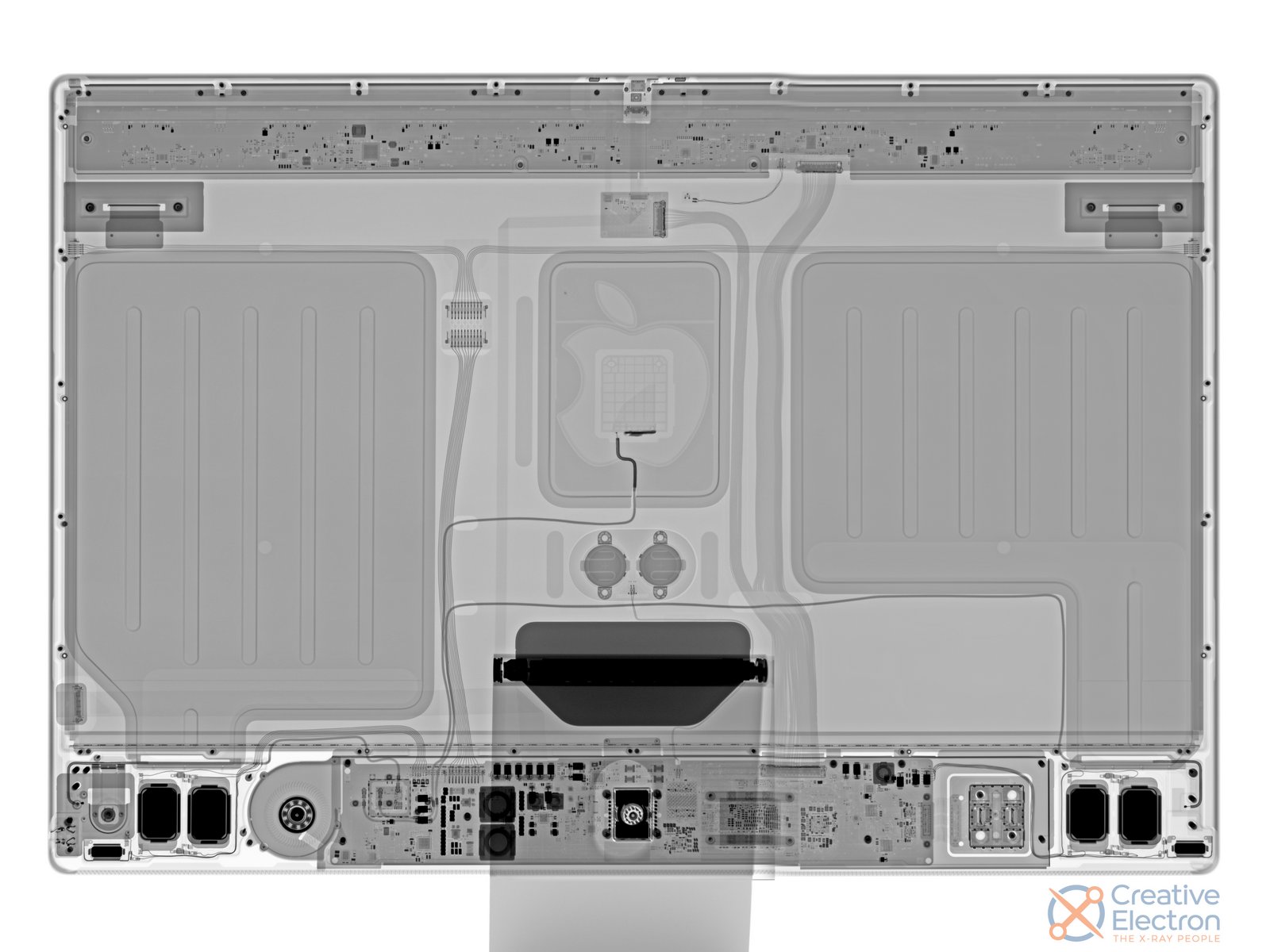 Now, most everything under the hood of the new 24-inch iMac is easily explainable. You’ve got the internal cables, the fan system, the M1 processor, battery layout, and so on. However, as you can see from the image above there is a lot of open space inside the new 24-inch iMac. The primary components for making this new computer work are all there at the bottom of the device.

The iFixit crew also found a couple of large metal plates inside that they simply have no idea why they are there.

The x-ray of the new 24-inch iMac reveals that the Apple logo is still the transmission spot for Bluetooth and Wi-Fi signals. And the teardown revealed that the display itself is glued to the computer body. That requires a special tool to disassemble it.

One more interesting note from the start of the teardown: iFixit says there is no more metal section of the iMac that blocks access to the internal cables, something that was common for previous generation iMac models. So, that’s a step in the right direction.

iFixit is going to continue its teardown of the new, more colorful 24-inch iMac. If they discover anything else worth noting, we’ll be sure to pass it along.

Did you buy the new 24-inch iMac? If so, which model did you go with, and which color?