If you’re looking for a way to mitigate this effect on your jailbroken iPhone or iPad, then you may want to turn your attention to a newly released jailbreak tweak called Vedette by iOS developer udevs. This extension allows users to monitor and terminate CPU-hogging apps and daemons in order to mitigate performance issues.

Once installed, Vedette adds a dedicated preference pane to the Settings app where users can toggle the tweak on or off on demand and then sort through installed applications and background daemons independently of one another to configure the parameters they’ll be expected to comply with: 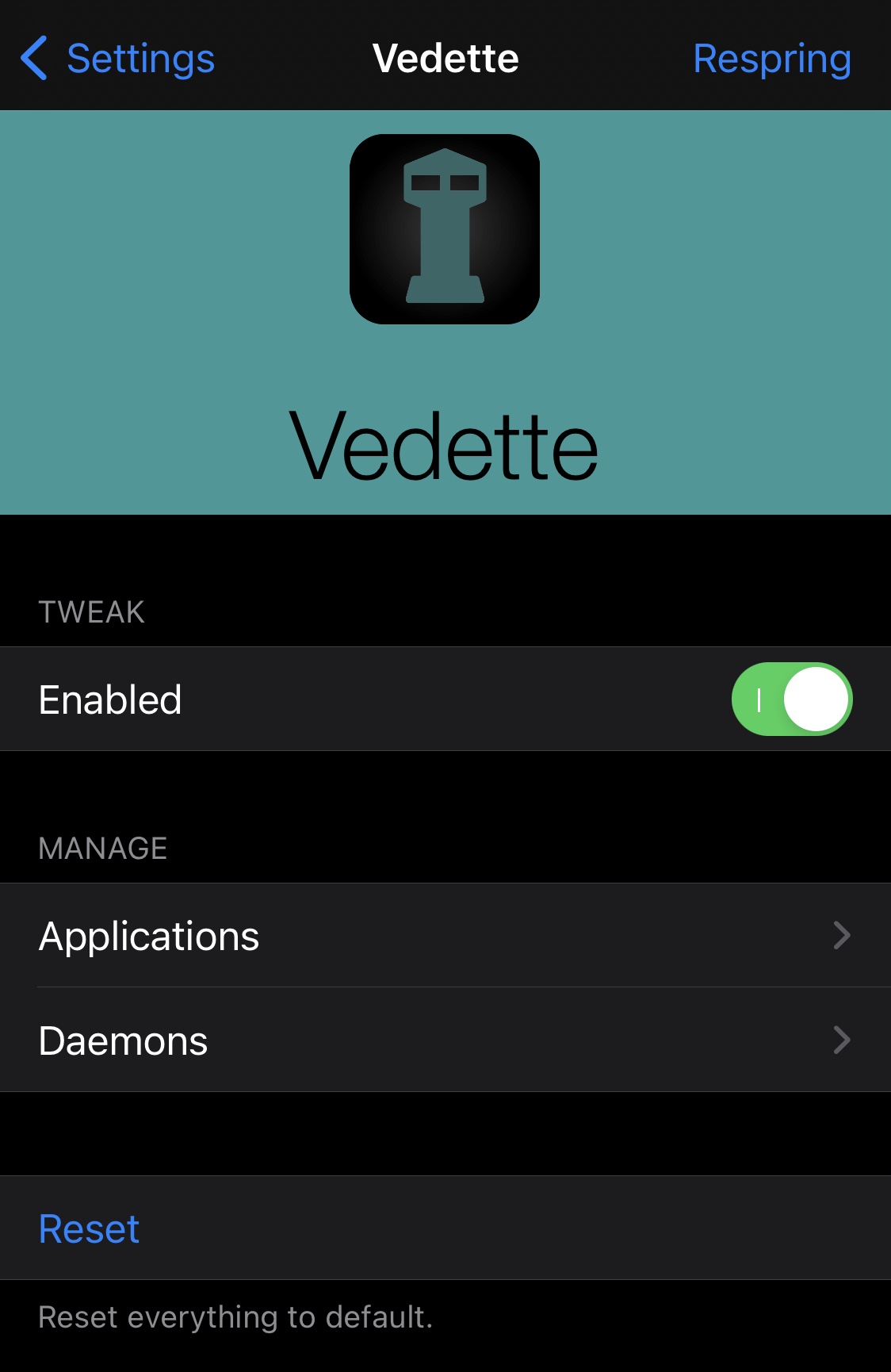 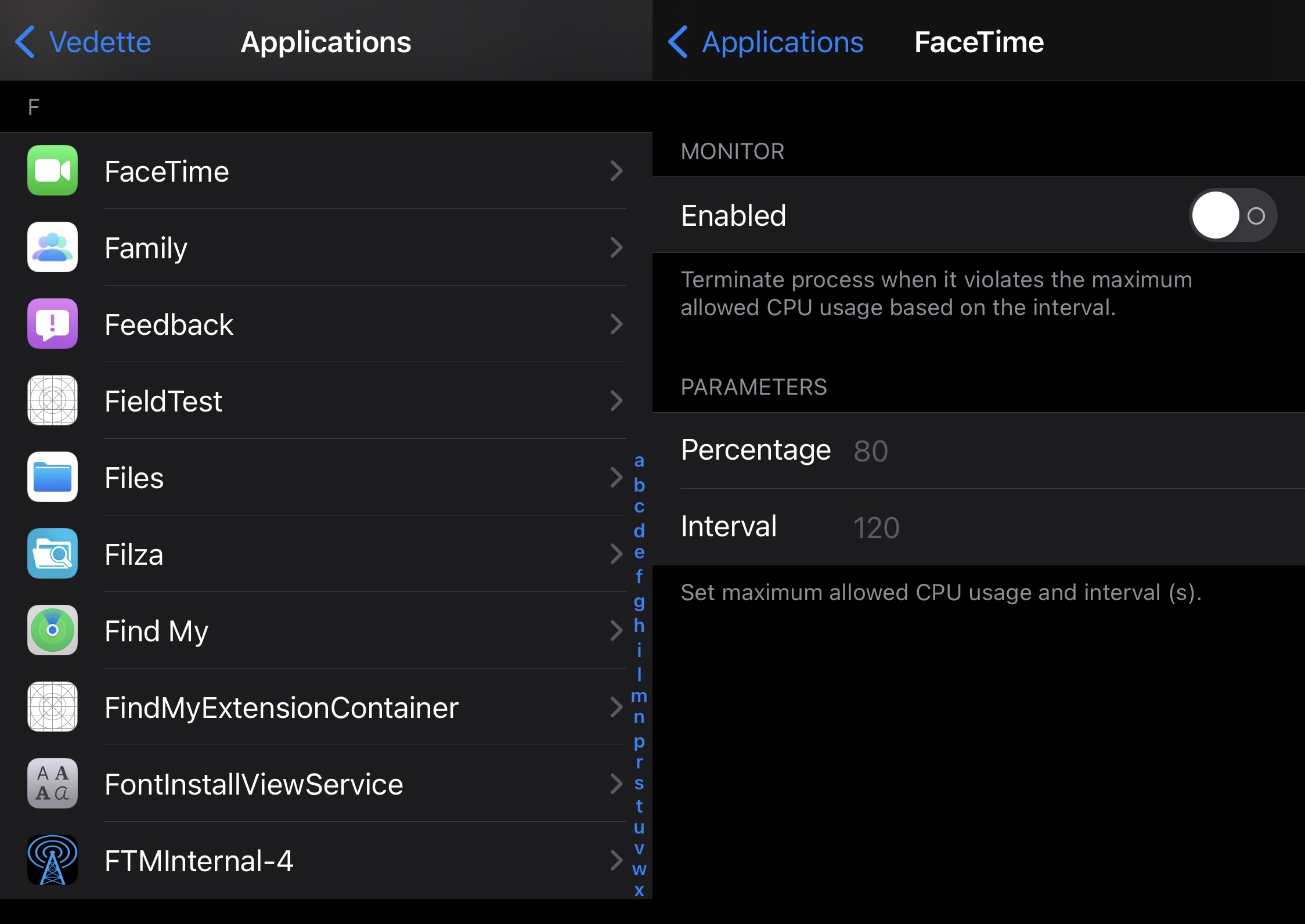 You will find exactly the same setup in the Daemons cell, which lists out all available background daemons provides similar options to enabling monitoring and termination depending on CPU usage percentage and interval level: 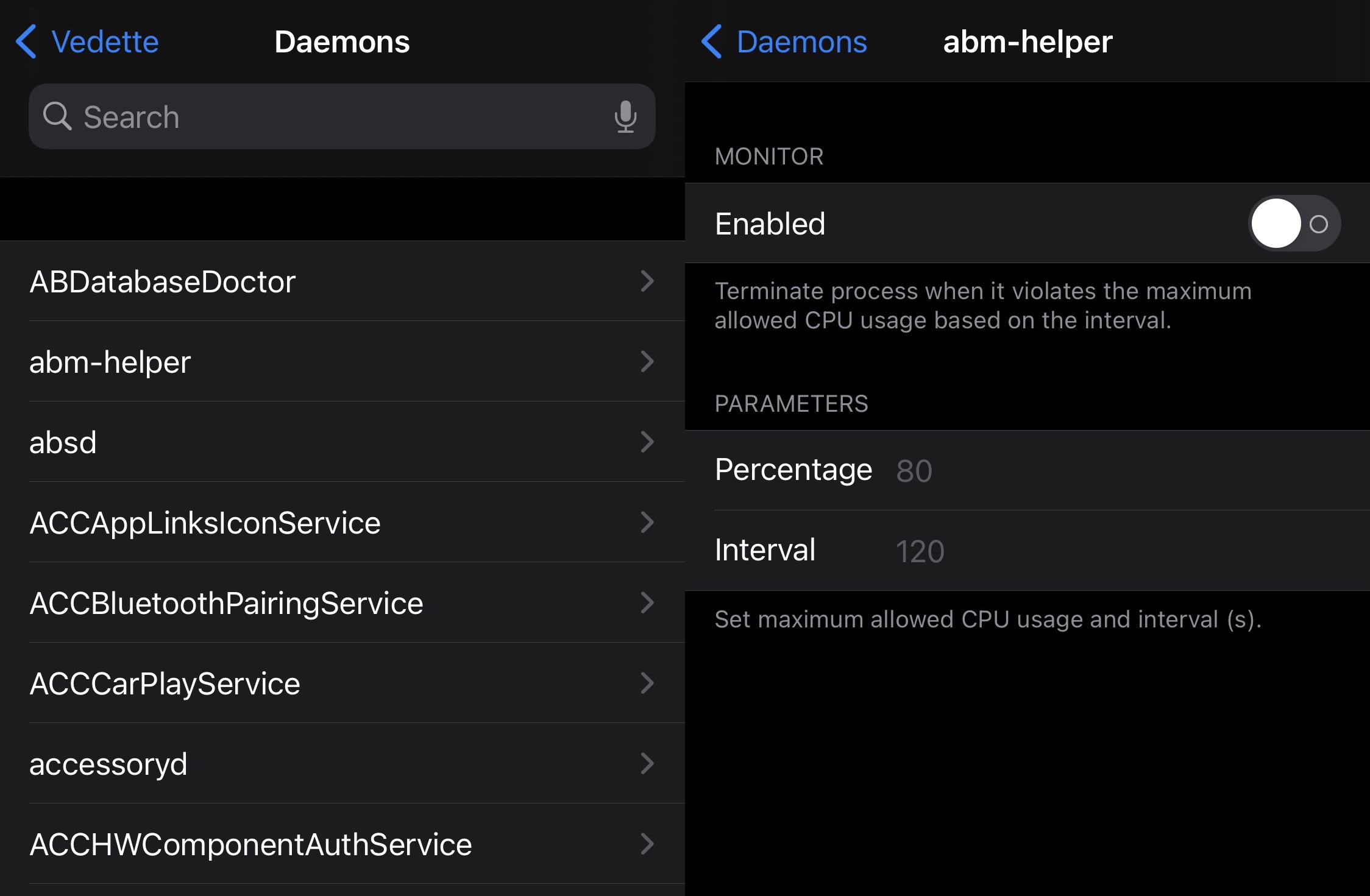 Going back to the primary preference pane, users have the option of either resetting all options to their defaults or respringing their device to save any changes they’ve made.

Please note that forcefully terminating certain apps or background daemons may have a negative impact on your device’s expected performance. Unless you know what you’re doing, you shouldn’t fiddle around with background daemons too much. Apps, on the other hand, are a little safer to experiment with.

According to the developer, Vedette was made in response to a well-documented issue with the trustd daemon happening on both iOS/iPadOS and macOS. Users don’t necessarily have to use Vedette to change the behavior of trustd, but that seems to be the driving force behind the developer’s motivation to create it.

If you’d like to go hands-on with Vedette for yourself, then you can download it for free from udevs repository via your favorite package manager. The tweak supports jailbroken iOS 14 devices and may work on earlier versions, albeit untested. It’s also open source on the developer’s GitHub page.

If you’re not already using udevs’ repository, then you can add it to your favorite package manager using the following URL:

Do you plan to go hands-on with the Vedette tweak? Be sure to let us know why or why not in the comments section down below.