When you’re jailbroken, it can be hard to resist the temptation to install a bunch of jailbreak tweaks that augment your user experience. There’s nothing wrong with that, but you’ll quickly come to the realization that the surge of tweak installations adds superfluous preference panes to the Settings app and makes you do more scrolling to get where you’re trying to go.

We’ve witnessed a lot of great ideas over the years for organizing or otherwise making jailbreak tweak preferences easier to access, but a new release dubbed Tweak Settings by iOS developer CreatureSurvive can sort them all into a dedicated app on your Home Screen and supports all of the latest versions of iOS and iPadOS.

As depicted in the screenshot example below, Tweak Settings effectively scraps the Settings app for jailbreak tweak-centric preference panes and then lists them all in one easy-to-access place: 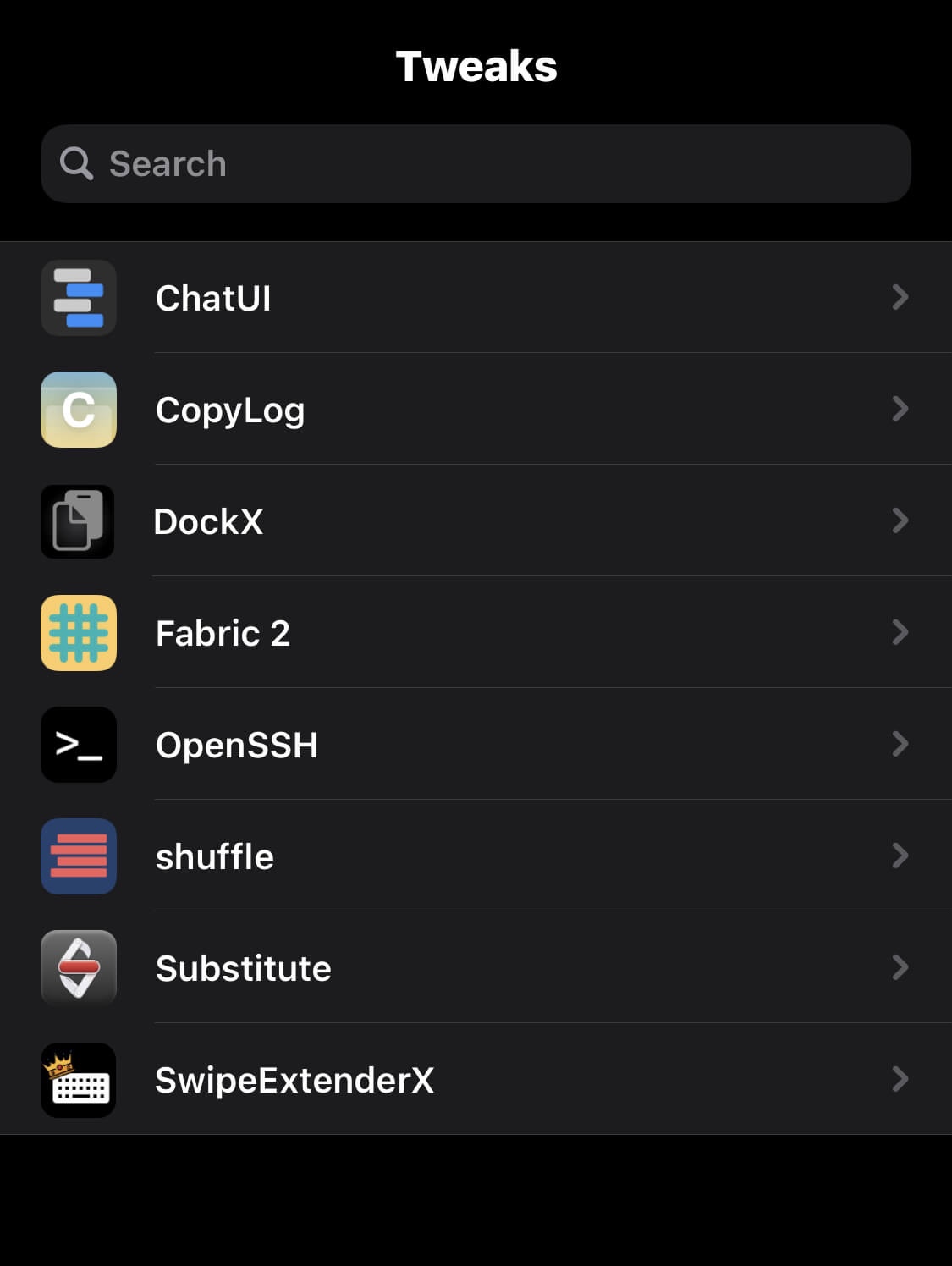 With no other distractions surrounding the settings for all your jailbreak tweaks, you won’t have to put up with a tiring spout of endless scrolling after every respring after changing a tweak’s settings and you can get right to the meat and potatoes of configuring your jailbreak more efficiently.

We can’t say that Tweak Settings will be for everyone, because some legitimately enjoy having all settings nested within the actual Settings app and wouldn’t want an entirely separate app to manage jailbreak tweaks. If, however, you have a lot more jailbreak tweaks installed than the average Joe, then we think Tweak Settings could benefit you.

Those interested in giving the new Tweak Settings tweak a try can download it for free from CreatureSurvive’s personal repository via their favorite package manager. The tweak appears to support jailbroken iOS 13 and 14 devices and may also work on older versions.

If you aren’t already using CreatureSurvive’s personal repository, then you can add it to your package manager of choice via the following URL:

Will you be using Tweak Settings to organize your jailbreak tweaks’ preference panes, or are you happy with how they are in the Settings app already? Be sure to let us know in the comments section down below.