Heavy Snapchat users will recognize one particular workflow difference between messaging via the Snapchat app and messaging via Apple’s Messages app, be it iMessage or SMS; more specifically, it’s the lack of a Send button in the text field where you compose your message.

Instead, Snapchat positions the Send button on the keyboard itself, replacing the position typically held by the Return key. While this doesn’t seem like a substantial difference, someone who’s more used to one position or the other is likely to prefer a user experience where the Send button appears in the same place in both apps.

That’s where a new and free jailbreak tweak called Snapify by iOS developer HallieHax comes into play, as it moves the Send button from the text field to the keyboard when you’re composing messages via iMessage or SMS in both the app and in iOS’ native quick composition/quick reply interface. 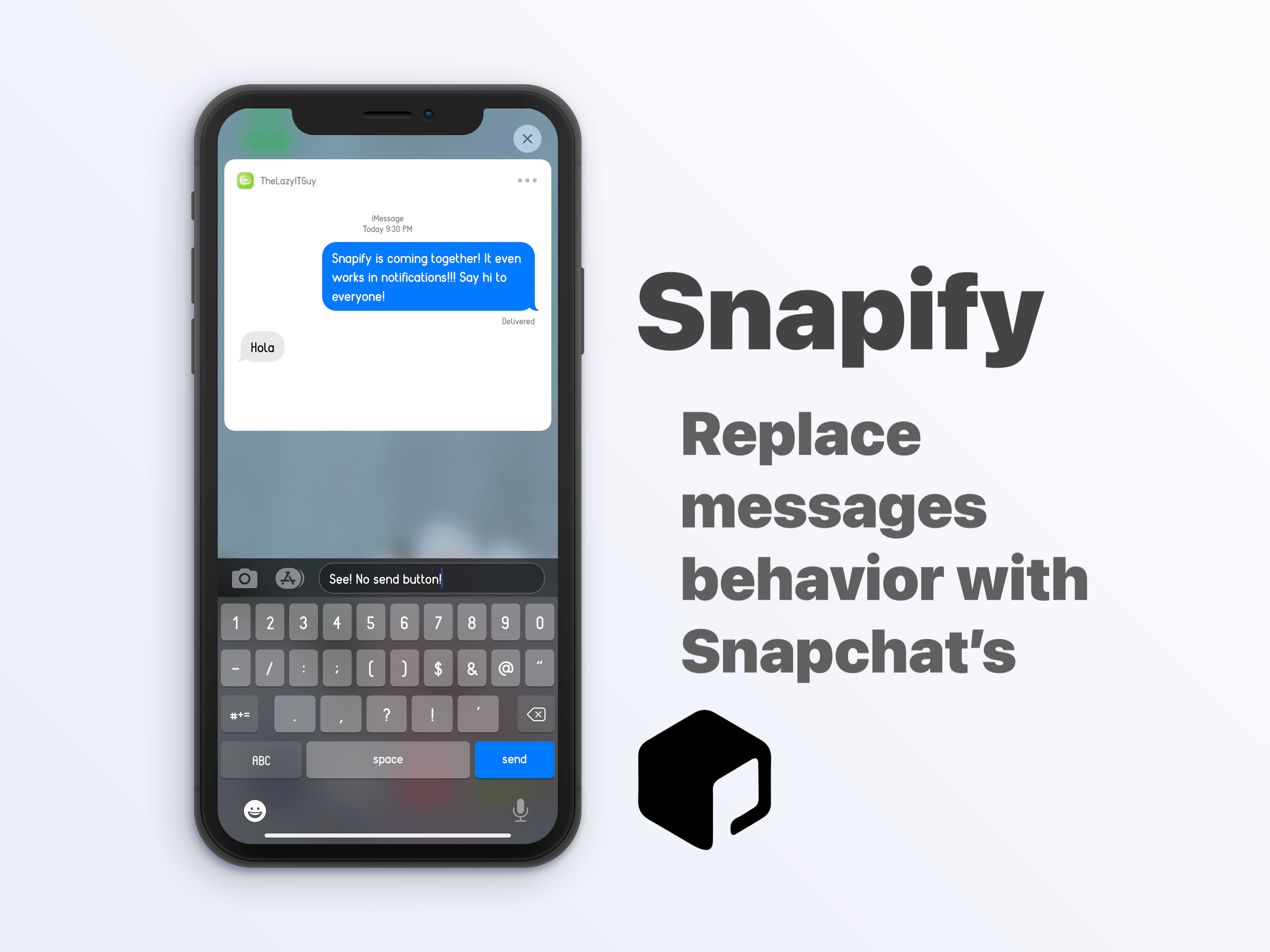 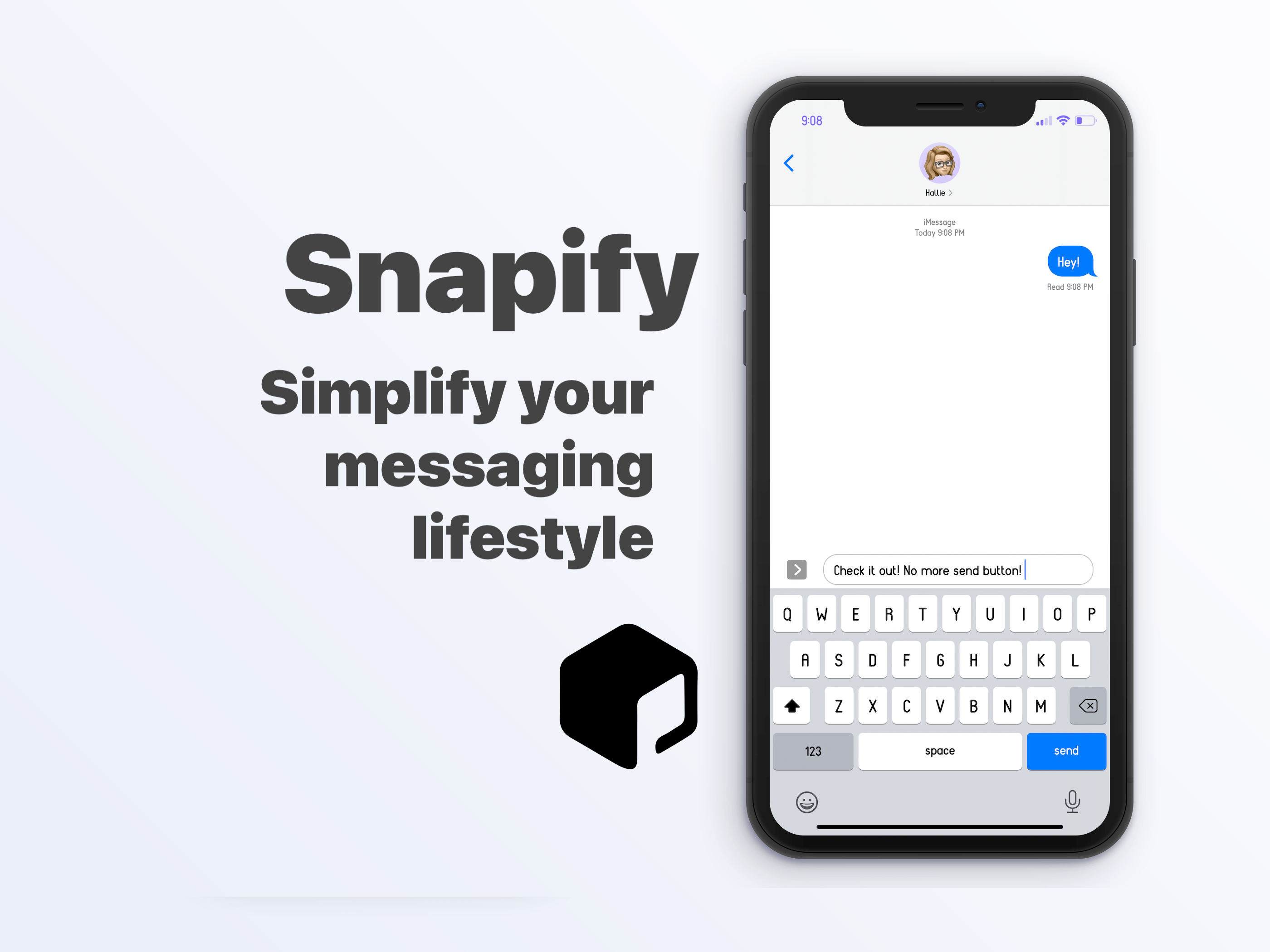 Having a unified experience across all your messaging apps both assists with your workflow and reduces frustration when your muscle memory impulsively makes you tap in the wrong place. This is especially prevalent for those who have a challenging time acclimating to one method or the other.

Once installed, Snapify adds a simple preference pane to the Settings app where you can toggle the tweak on or off on demand and choose to keep the native Send button present in the message composition interface while simultaneously enabling the Send button on the keyboard like the Snapchat app: 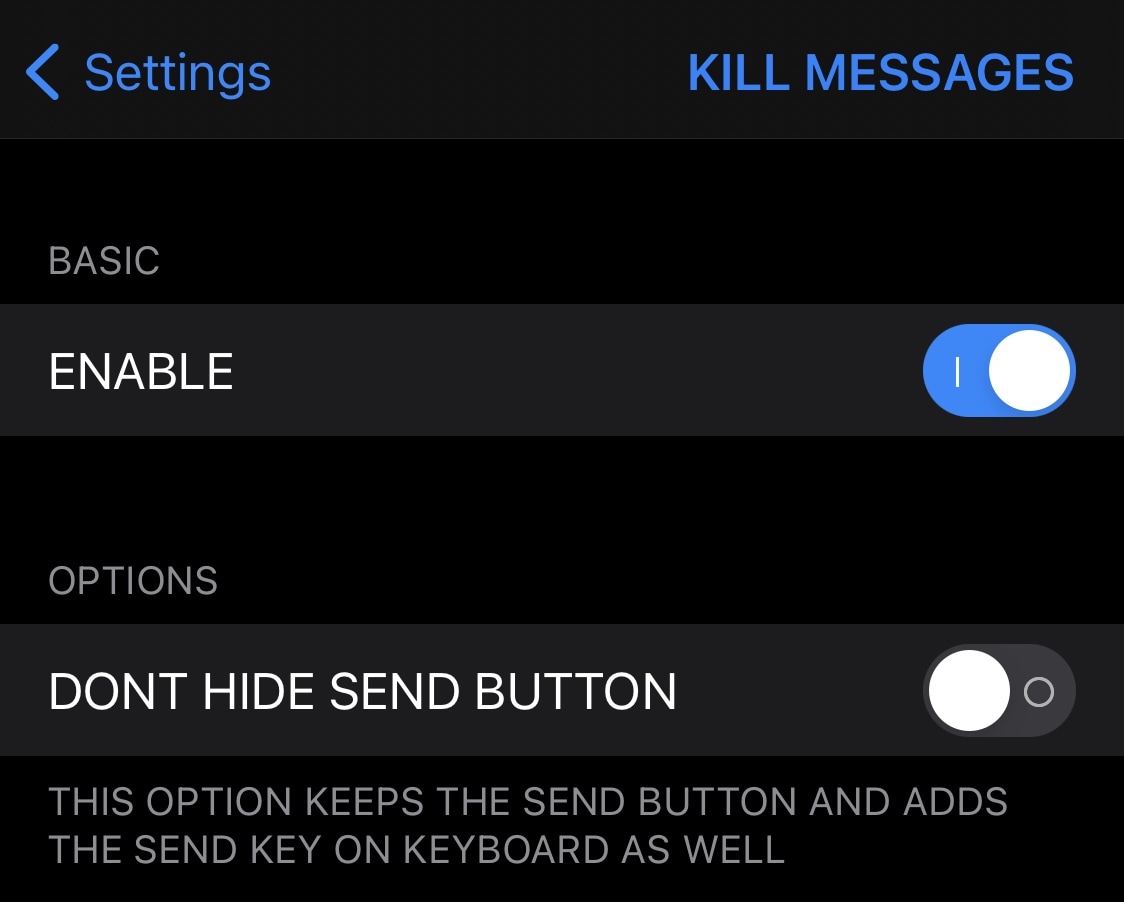 Those interested in giving the new Snapify tweak a try can download it for free from the Packix repository via their favorite package manager. The tweak supports jailbroken iOS 13 and 14 devices and is open source on the developer’s GitHub page.

What’s your preferred position for the Messages app’s Send button? We’d love to hear your thoughts in the comments section down below.