With the new iMac going on sale this Friday, May 21, review embargoes are up. And it looks like Apple has yet another hit on its hands.

If you were waiting on the reviews to pull the trigger on a purchase of the new M1-equipped 24-inch iMac, the wait is over. Publications have published their takes on Apple’s newest desktop and the primary takeaway is that Apple’s new machine is basically fantastic. The design stands out in the right ways –even if some folks think the colors might be too colorful– and the M1 chip within the case powers things along just as expected.

So, without further delay, let’s get right to it.

Whether you actually get every upgrade here depends on the configuration you choose. The entry-level iMac is $1,299 for 256GB of SSD storage, two Thunderbolt / USB 4 ports, 8GB of unified memory, and a seven-core GPU — but that’s only available in four colors and doesn’t come with TouchID. The model I tested bumps the storage up to 512GB and the memory up to 16GB. It has two USB-3 ports in addition to the two Thunderbolt, an eight-core GPU, Touch ID, and a gigabit Ethernet port (which is in the power brick). I also received both the Magic Mouse and the Magic Trackpad with my model. You’d need to pay a total of $2,028 to get everything Apple sent me (and which I’ll be sending back, for the record).

In short, this device costs money. And it’s true that you’d get similar performance and save a few hundred bucks, if you just plugged a Mac Mini into an external display. But this iMac has almost everything that most people need in one package: processing power, sure, but also a camera, speakers, microphones, a keyboard, a mouse, a trackpad, and a display. And they’re all good. This is a computer you can plonk on your desk and never think about again. And for some of the iMac’s target audience, that’s probably worth the extra money. You’re paying for simplicity. 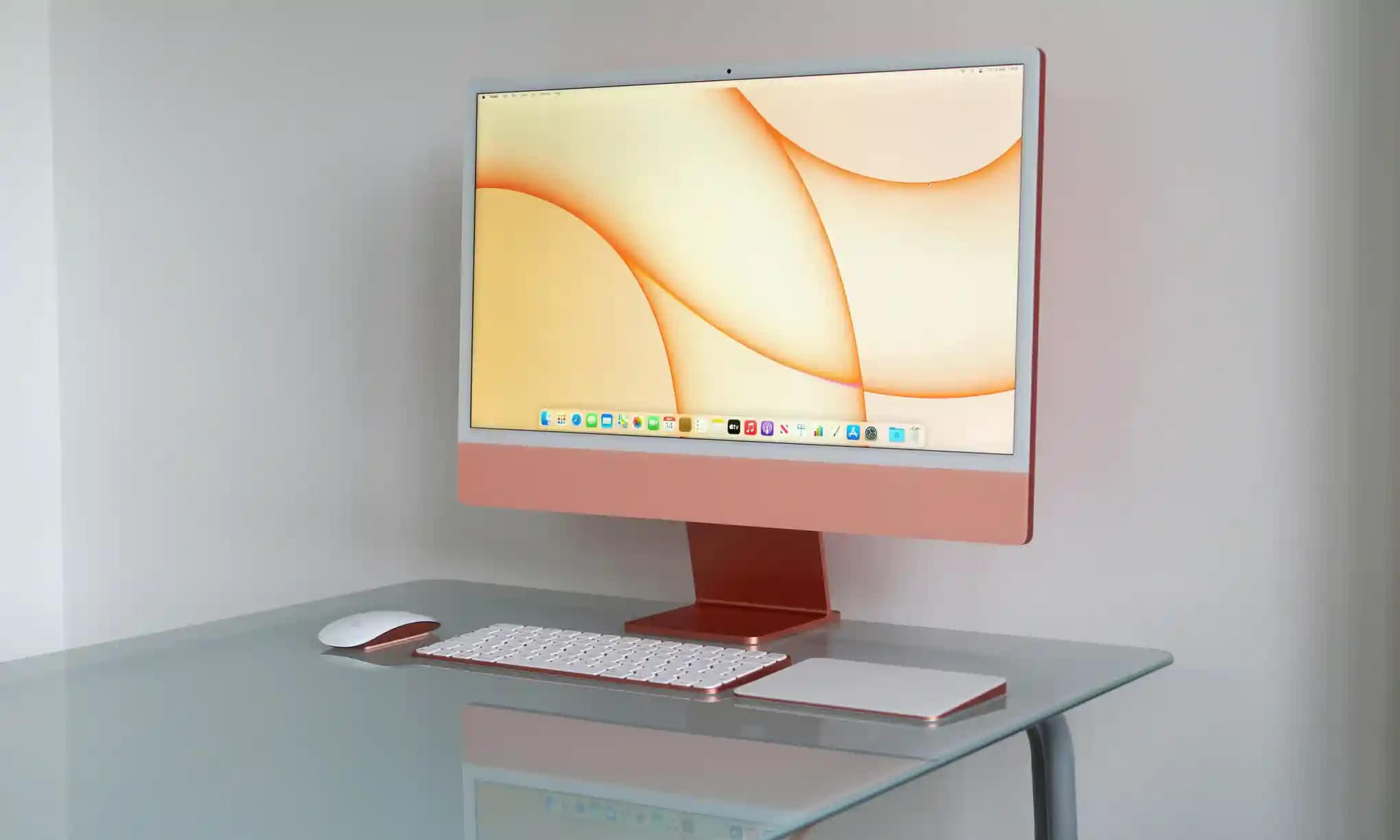 There’s no doubt this is the best 24in all-in-one computer available and one of the very best Macs you can buy. But it is not perfect. The lack of USB-A ports and an SD card slot will mean users require adapters for older gear, but it is the fact that Apple still hasn’t made the iMac height adjustable that is the most irritating. You can buy the 24in iMac with a universal VESA mount so you can add your own adjustable stand. iMacs balanced on third-party height risers, books or reams of paper will remain a common sight for years to come.

And despite its thin case, the iMac sports a shockingly capable sound system. With its six speakers and force cancelling woofers, it did an admirable job of reproducing the diverse instruments and percussive beats from Flying Lotus’s Yasuke soundtrack. And it captured the dreamy melody of Thundercat’s “Fair Chance” without missing a beat. The iMac definitely won’t replace an inexpensive pair of bookshelf speakers, but it’s more than adequate for a personal jam session. It can fill a room with sound without any distortion, and it can even handle a decent amount of bass. There’s also Dolby Atmos support, which worked so well while watching John Wick, I swore there were speakers right behind me.

Available in bright colors with a matching keyboard and mouse, the iMac wasn’t a boring, intimidating beige PC; it was the friendly, fun home computer.

Today, the internet is in our smartphones, tablets, laptops, watches, speakers and TVs, not to mention refrigerators, security cameras and toilets, but Apple Inc. has a new…iMac?

Like its similarly priced two-decade-old ancestor, Apple’s 2021 iMac is also available in bright colors and with matching keyboard and mouse. The new version is far more evolved—a third of the weight, 24 times the pixels and at least 50 times the storage space—but the mission feels the same: Entice you to go out of your way to use a thing called a desktop computer. 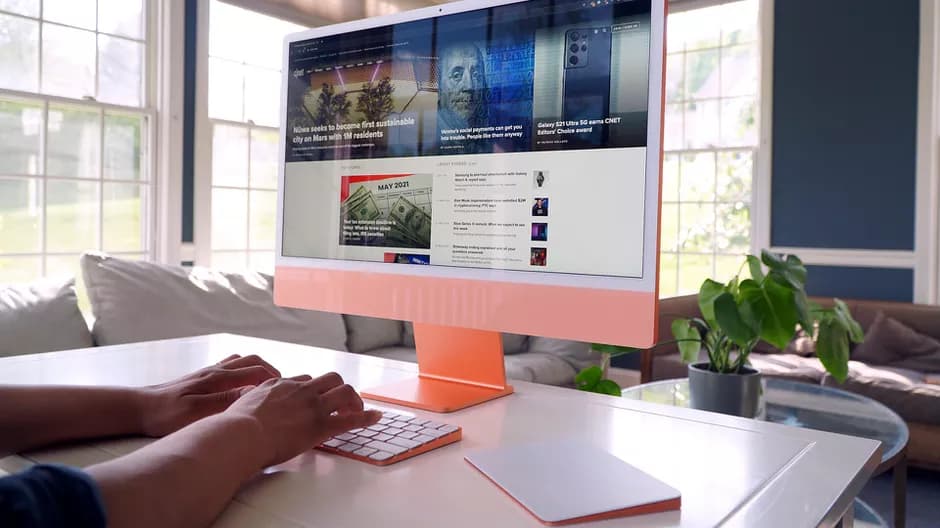 As expected, there’s not a lot of sunlight between these M1 systems. We tested the M1 versions of the MacBook Air, Mac Mini and 13-inch MacBook Pro in late 2020, and those are the same M1 versions you’d get today. The 24-inch iMac we tested had the 8 GPU core version of the M1, along with 16GB or RAM and a 512GB SSD, for a total of $1,899. It will also be interesting to see how the new M1-powered iPad Pro compares in the handful of cross-platform benchmarks available.

In real-world use terms, that means you can easily work with 4K video footage in apps like DaVinci Resolve or Premiere, even previewing in 4K while you go, although there are other reasons a full-time video editor might not choose a 24-inch iMac. Like Lightroom and DaVinci Resolve, Photoshop now has an M1-native version. Other apps not yet updated for the new platform will have to run through Rosetta, Apple’s x86 emulator, which you’ll generally never even notice.

Did you buy a new 24-inch iMac? If so, which color did you go with?