I’ve been toying around with AirTags since they came out a few weeks ago, and I was impatient to try the only third-party alternative available at this time: the Chipolo ONE Spot. Chipolo is one of only three companies that have been approved by Apple at this time to be part of the Find My network. Out of the three, it’s the only company that has built an item tracker similar to AirTag. So if you’re in the market for an item tracker that works with the Find My app, your options are either the Apple AirTag or the Chipolo ONE Spot.

With that said, the folks at Chipolo sent me a ONE Spot for review ahead of their official launch later in June. This post will essentially be a Chipolo ONE Spot review and a direct comparison with AirTag.

Also see: What it looks like when an AirTag is stalking you 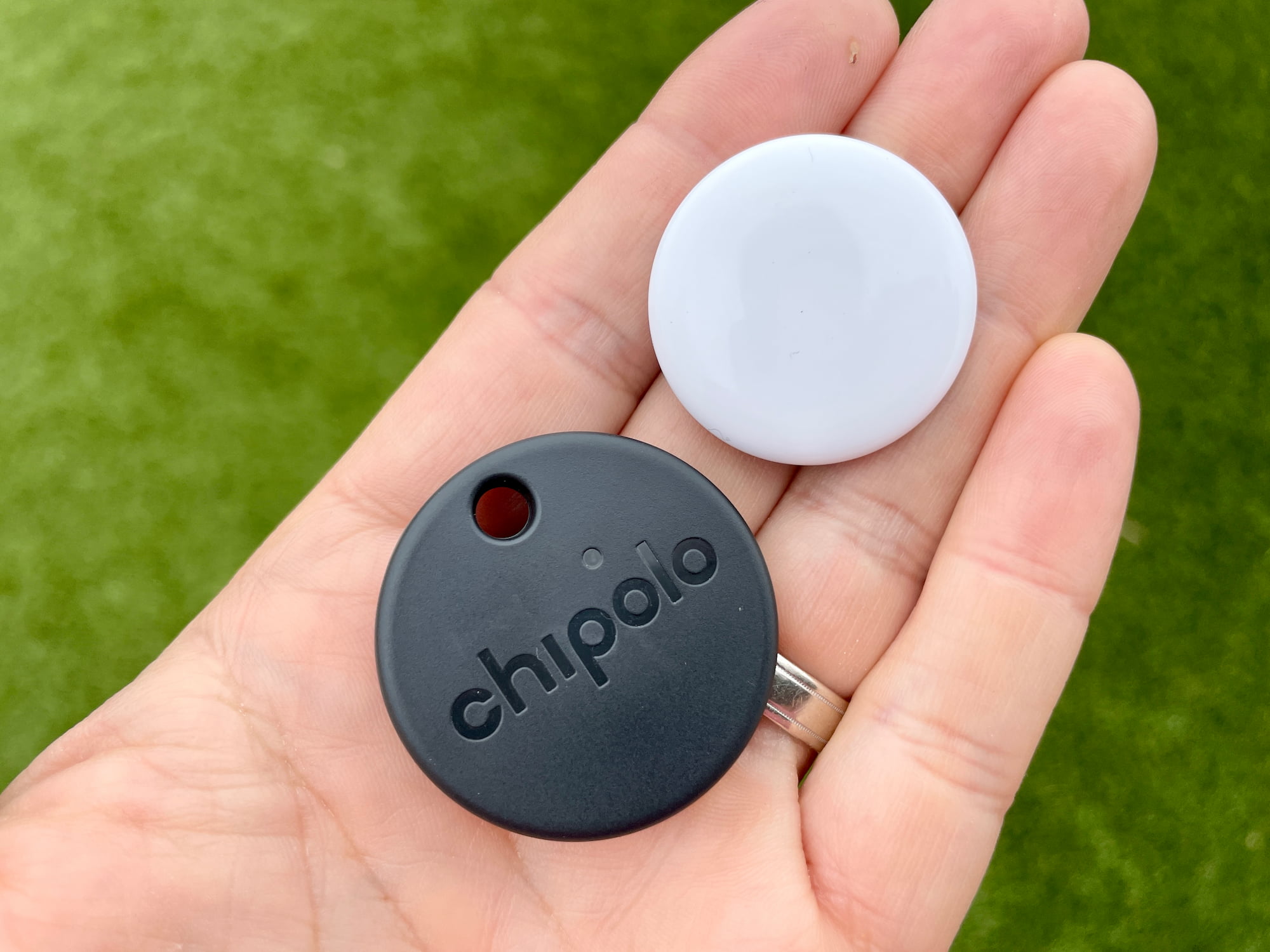 I won’t lie, I had never heard of Chipolo until Apple made them a launch partner. But that doesn’t mean they’re newcomers. Quite the contrary, the company has been around for a while and is most known for making Bluetooth trackers similar to what Tile has been doing. What I’m trying to say is that Chipolo has experience designing and making item trackers. Does this experience matter though?

It matters for basic design decisions that you won’t find on AirTag. Yes, I’m talking about the keyring hole, an obvious design feature surprisingly missing from AirTag. The good news is that Chipolo understands the needs of its users and added a hole to its device to directly attach a keyring to it. As far as design goes, this is the only advantage that the ONE Spot has over the AirTag though.

The Chipolo ONE Spot is entirely made of flimsy-feeling plastic, a far cry from the high quality plastic and stainless steel that Apple uses for the AirTag. To the touch, the result left me very unimpressed, and dare I say, disappointed. Maybe my expectations were too high after spending a couple weeks with AirTag.

The ONE Spot is rated IPX5, which means it can take some light rain and maybe even get cleaned up at low pressure in your sink really quick. It entirely lacks resistance to solids, such as dust for example, which you can tell just by holding the device in your hand.

In comparison, the AirTag has an IP67 rating, which means it can be submerged in 3 feet of water for up to 30 minutes and it is also dust tight. Again, you can tell the difference in IP rating just by holding the AirTag in your hand.

I think that in reality, this difference in ratings won’t matter because you’re unlikely to go to the pool with your AirTag or your ONE Spot, but if dust and water resistance is something that matters to you, then the AirTag clearly has the upper hand.

In your hand, the AirTag does look smaller but you can clearly tell it is heavier as well, most likely because of the stainless steel. At the end of the day, these differences are pretty insignificant.

Both the AirTag and ONE Spot share the same underlying technology. Both use the same encrypted and anonymous Find My network which prevents Chipolo or even Apple to know your item’s location. Both devices can be located on a map using the Find My app, and both can play a sound to locate them easily when nearby.

The sound alert from the ONE Spot is at a much higher volume than that of the AirTag, making it easier to locate the item in a room or in a backpack. Likely because of its stronger waterproofing, the alerts on AirTag are more quiet, thus easier to miss.

At first, sound alerts on the ONE Spot only worked intermittently. Even though the ONE Spot was on my desk and could be located in the Find My app, I would often get an “item not reachable” error when trying to sound the alert. Removing the battery and putting it back in didn’t seem to fix this problem. However, I factory reset the ONE Spot and location finding and sound alerts worked much better after that.

Now to be fair, this is something I have also experienced at times with the AirTag. However, I was always successful in sounding the alert with the AirTag when trying again without having to entirely reset the device. Could this just be some sort of firmware bug that can be fixed later on? Possibly.

One big difference between the two trackers is that the ONE Spot is missing the Apple-designed U1 chip for Ultra Wideband and Precision Finding. This doesn’t prevent the item from being placed in Lost Mode and be found on a map thanks to the expansive network of iOS devices out there, but it does prevent the tracker from taking advantage of Precision Finding, the neat little feature that allows you to get precise directions towards your AirTag when it is within Bluetooth range.

Depending on what you would use your ONE Spot for, this can be a problem. For instance, if you want to use the ONE Spot to keep track of your keys, then you’d definitely want to use Precision Finding to locate them behind the cushions of the couch. To me, the lack of this feature is a big disadvantage compared to AirTag.

Because of the relatively low brand awareness, there is no accessories available for the Chipolo ONE Spot, as far as I know. Sure, you have the keyring hole which is very convenient, but that’s all you got.

In contrast, there is already a pretty vibrant ecosystem being built around AirTag, with dozens of different accessories being made, and more coming every day.

So unless you only plan on using the tracker with your keys, you will definitely have more options at your disposal using an AirTag.

When all is said and done, it always come down to price. And if you’re an Apple user, you know you should be prepared to pay a premium to use Apple-branded products. The so-called Apple tax! Surprisingly, this is not the case here. While the AirTag is a bit more expensive than the ONE Spot, it’s really not by much.

On top of that, Apple offers free engraving to further differentiate your AirTag, something that Chipolo doesn’t offer.

As I said, the difference in price is quite negligible. To me it is even surprising that Chipolo wouldn’t compete more on price with Apple.

ONE Spot vs AirTag: which one should you buy?

There is no doubt in my mind that you’re better off buying an AirTag. Sure you might be paying marginally more, and you might not get a keyring hole, but this is a small price to pay in comparison to the benefits you get in exchange.

AirTag has a better overall design that is more dust and water resistant. It’s better constructed. It comes with Precision Finding. It also comes with a growing amount of accessories for it. And it is a first-party product, which means you know Apple will support it going forward and will likely release firmware updates that can only make the device better.

What does the Chipolo ONE Spot have for itself? It has a keyring hole, a better speaker that provides a significantly louder alert, and it is just a bit cheaper. Allow me to take off my Apple fanboy hat for a second and still claim that the AirTag is a better product overall.

But don’t let my words deter you from trying out the ONE Spot. You can order it directly on the company’s website starting at $28. Just like AirTag, these are pretty hot items that aren’t shipping until later this Summer.