Just a couple of weeks ago, the checkra1n team updated the checkra1n jailbreak tool to version 0.12.3 with official support for iOS & iPadOS 14.5 along with a bevy of other miscellaneous improvements.

This Tuesday afternoon, they’re out again with another update in the form of checkra1n version 0.12.4, purportedly with a hot fix for an issue affecting A9X devices running iPadOS 14.5 or later.

The checkra1n team announced the newest update via its official Twitter page: 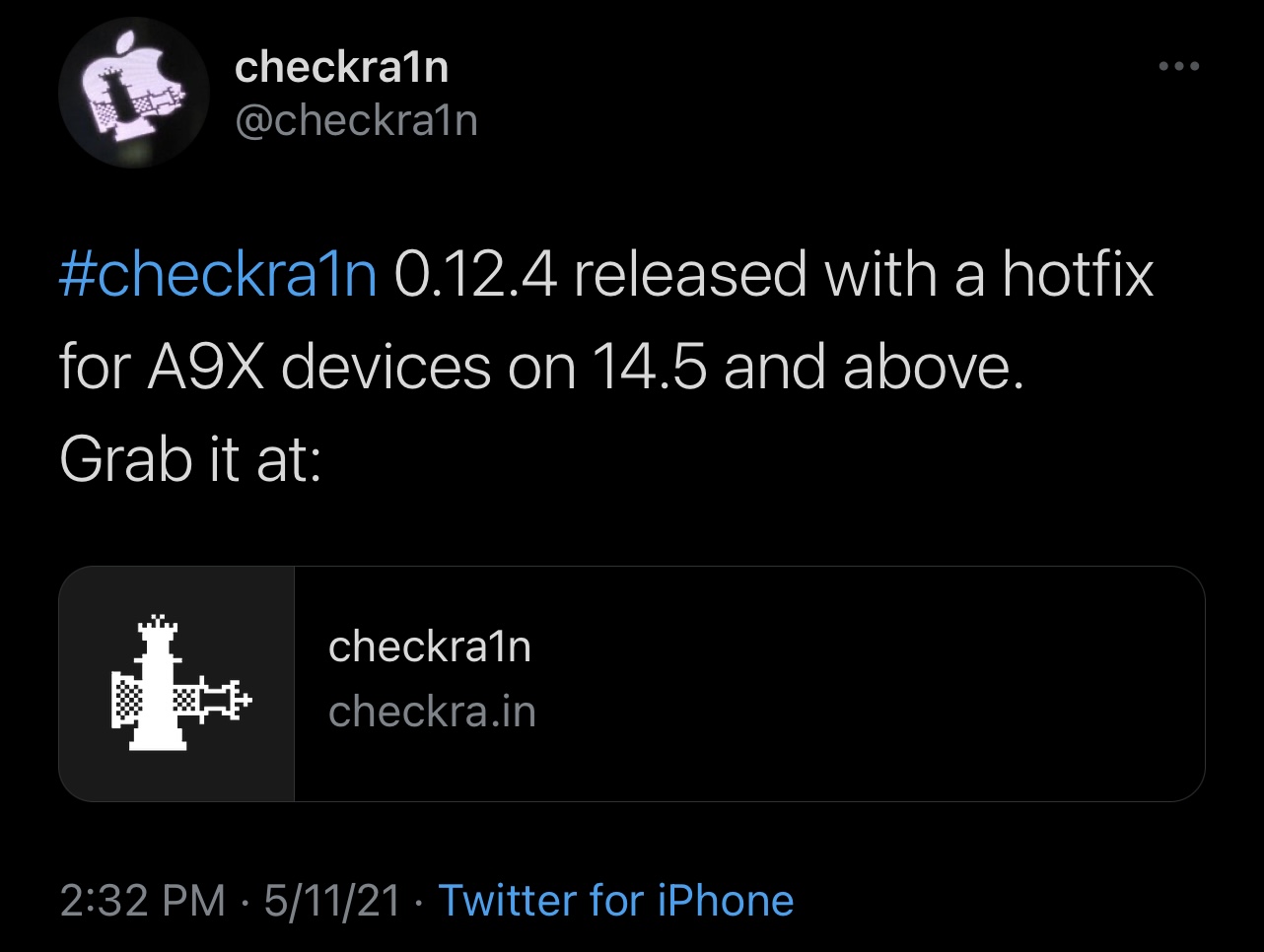 – Hot fix for A9X devices which could not boot on iPadOS 14.5 or later at all after jailbreaking with checkra1n version 0.12.3

Curious as to whether or not this hot fix pertains to you? Devices that come equipped with Apple’s A9X chip include the first-generation 12.9-inch iPad Pro and the 9.7-inch iPad Pro. No iPhones or any other iPad model sport this particular chip.

Even if you don’t have a device affected by the aforementioned booting issue, it’s a good idea to download the deploy the latest version of the checkra1n jailbreak if you’re already using it just to ensure that you have all the latest bug fixes and improvements.

As always, the checkra1n jailbreak tool can be downloaded from the official checkra.in web page. If you haven’t jailbroken with checkra1n already, then you can follow our detailed step-by-step tutorial to learn more about the process.

Have you downloaded and used the latest version of checkra1n yet? Tell us why or why not in the comments section down below.