A hidden AirTag diagnostics overlay has been discovered in Apple’s Find My app, allowing you to see various technical details about how the tracking featrues are working. 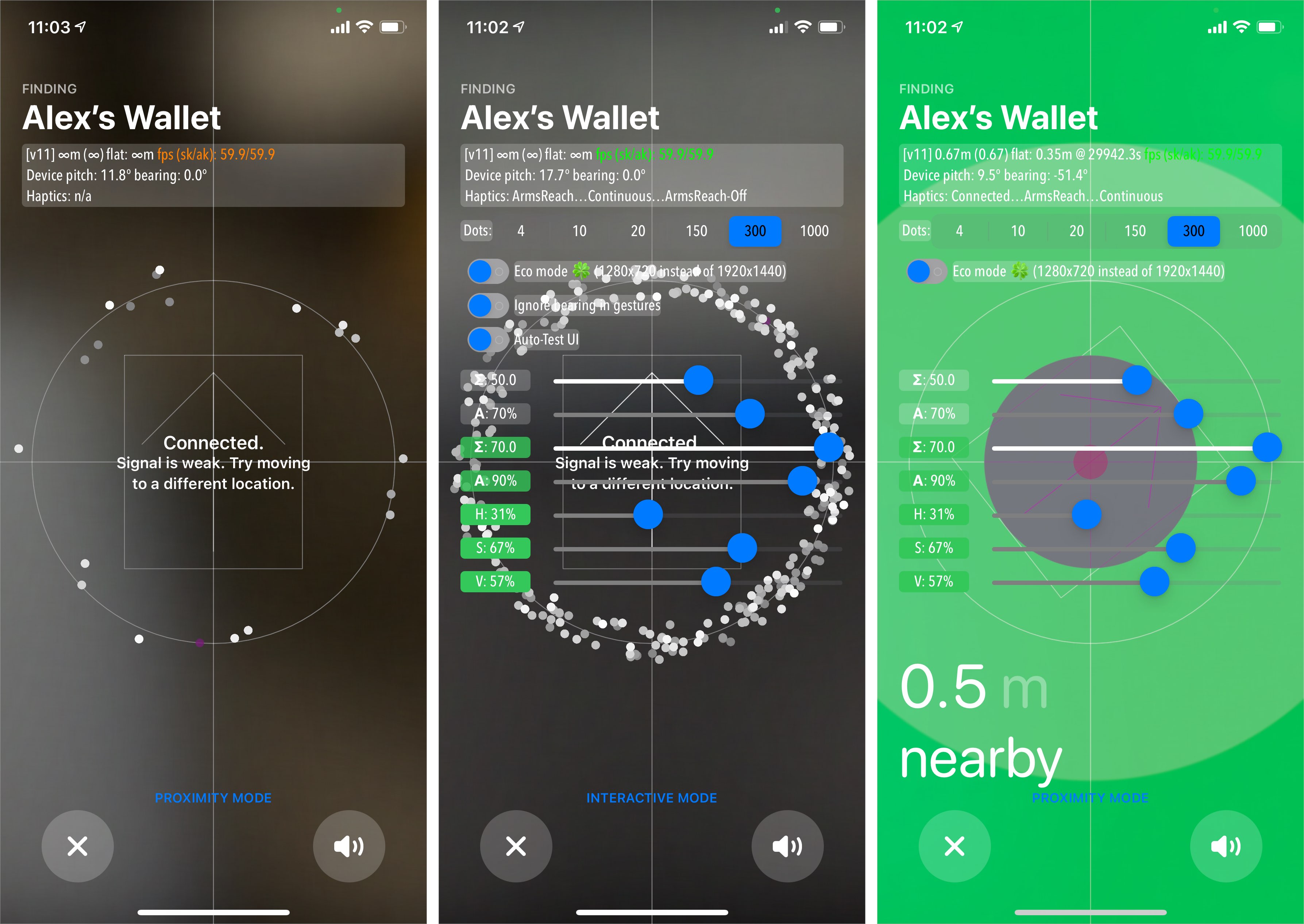 Apple’s Find My has an AirTag debug mode

Apple’s Find My app that comes preinstalled with the iOS 14.5 and iPadOS 14.5 supports this functionality, as well as the current iOS and iPadOS 14.6 beta. You can enter the hidden AirTag debug menu when using the Precision Finding feature in the Find My app by tapping the section with the item’s name four times in a quick succession.

Alex Magri-Olson made this discovery, sharing it on Reddit.

Doing so reveals a new section listing information such as the current distance from the AirTag, haptics and FPS, camera resolution, saturation and brightness, as well as other parameters that can be adjusted by interacting with the sliders.

Finally, there’s a textual button at the bottom of the debug menu that you can tap to switch between ‘Proximity Mode’ and ‘Interactive Mode’. When set to ‘Interactive Mode’, two additional toggles are revealed named ‘Ignore bearing in gestures’ and ‘Auto-Test UI’.

When ‘Auto-Test UI’ is on, Precision Finding cycles through all possible states automatically; connecting, locating, simulating distance changes. This toggle would allow UI engineers could quickly evaluate all the different view transitions without having to physically move their phone around all the time.

This is obviously something aimed at developers and meant for testing the tracking features, but could easily choose to remove this capability via a future update. It wouldn’t be the first time iOS has included hidden diagnostic modes. On the iPhone, for instance, you can enter a hidden Field Test Mode app for analyzing your cellular signal reception.