Sam Bingner has launched an updated version of the Substitute tweak injection method this evening, officially bringing the package up to version 2.0.12.

Substitute is used by default on the unc0ver jailbreak when installing tweaks and add-ons and can be installed manually by the end user on the checkra1n jailbreak if Cydia Substrate isn’t already being used. But regardless of which jailbreak you use, this is an update you probably won’t want to miss.

Citing the release notes that have been published on Substitute’s depiction page, we learn that version 2.0.12 encompasses speed and memory usage optimizations: 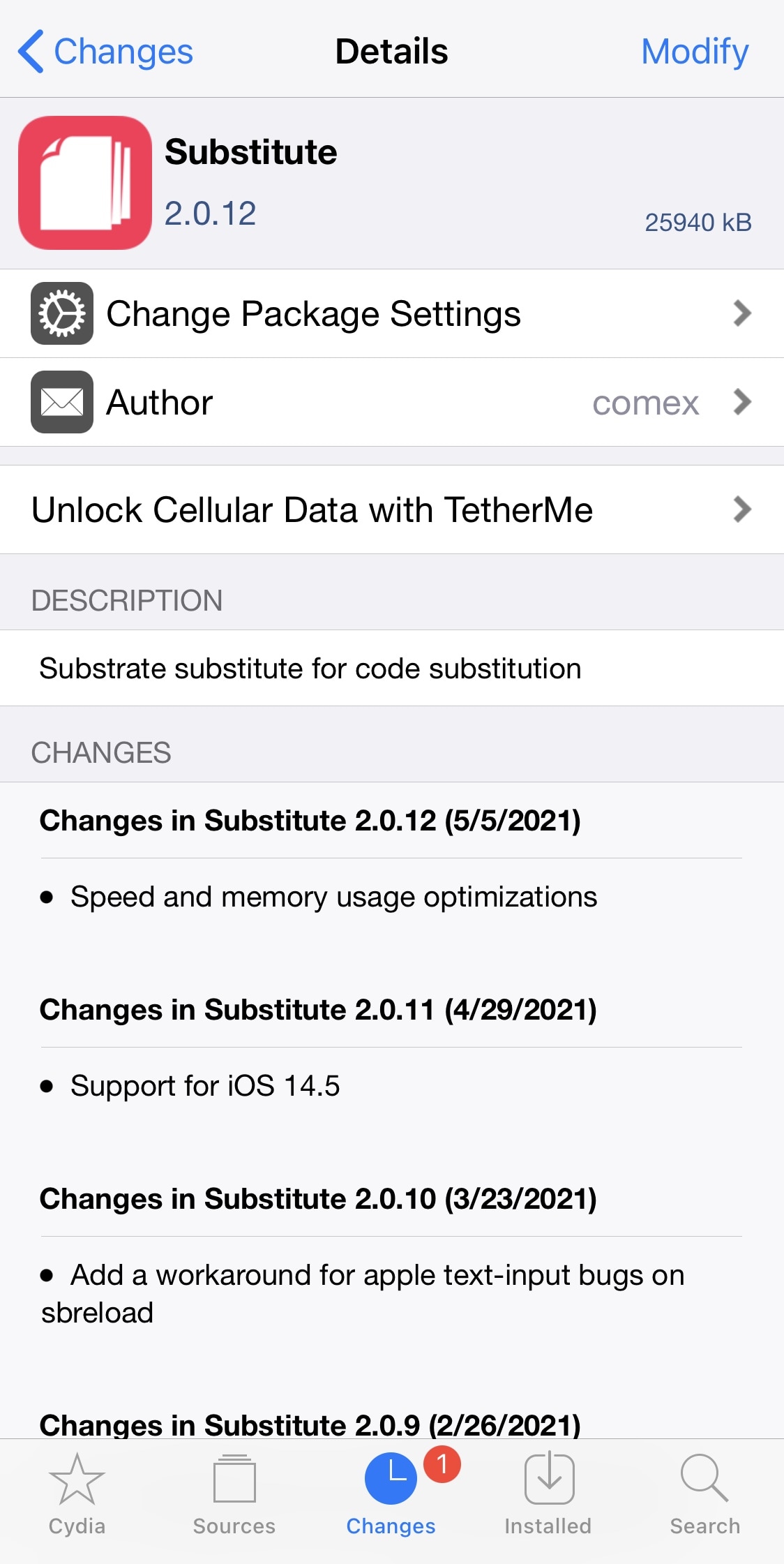 Substitute isn’t much of a slouch when it comes to performance to begin with, so any speed improvements are likely a moot point. On the other hand, memory usage optimizations can be supremely helpful, especially on older handsets where memory resources are more limited. This equates to smoother performance of jailbreak tweaks if you have a lot installed at one given time.

Have you noticed any discernible improvements in speed and memory usage since upgrading to the latest version of Substitute? Let us know down in the comments section below.