As a jailbreaker, I like adding a footprint of my own personalization to my iPhones and iPads whenever I get the chance. On the other hand, I don’t like anything too eccentric. More often than not, I prefer subtle customizations that don’t over do it.

Anyone in the same boat as me is likely to appreciate a new and free jailbreak tweak dubbed AdaptiveStatusBar by iOS developer MiRO. Just as the name implies, this tweak adaptively colorizes the Status Bar based on the icon of the app you’re using.

The screenshots below depict several examples of AdaptiveStatusBar at work. In each instance, the Status Bar’s text and icons appear a certain color, which has been derived from the icon of the app being used. In one example, the yellow Notes app icon gives the Status Bar a yellow tint, while the mostly purple Instagram app gives the Status Bar a purple tint, and so on: 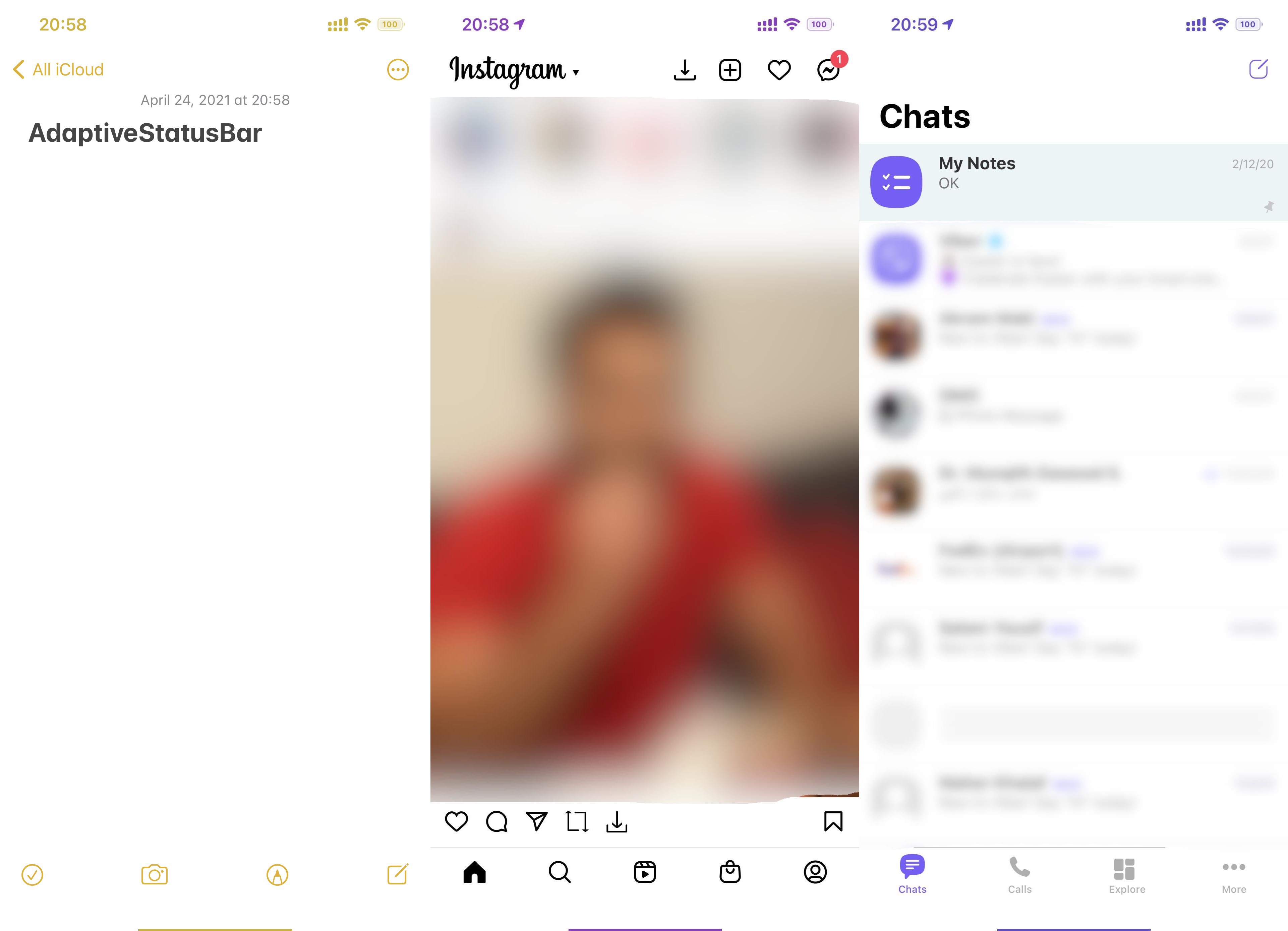 Given the simplistic nature of AdaptiveStatusBar, the tweak doesn’t have any options to configure. It automatically determines the dominant color of any app you’re using and applies it on the fly, returning to the default color after you revisit the Home Screen.

Those interested in giving the new AdaptiveStatusBar tweak a try can download it for free from MiRO’s personal repository via their favorite package manager. The tweak supports jailbroken iOS 13 and 14 devices.

If you aren’t already using MiRO’s personal repository, then you can add it to your package manager of choice by using the following URL:

Do you have any intention of giving the new AdaptiveStatusBar tweak a try? Be sure to let us know in the comments section down below.