Apple Podcasts on the iPhone and iPad now uses artificial intelligence (AI) to automatically detect and display the release schedule for a particular show on its details page. 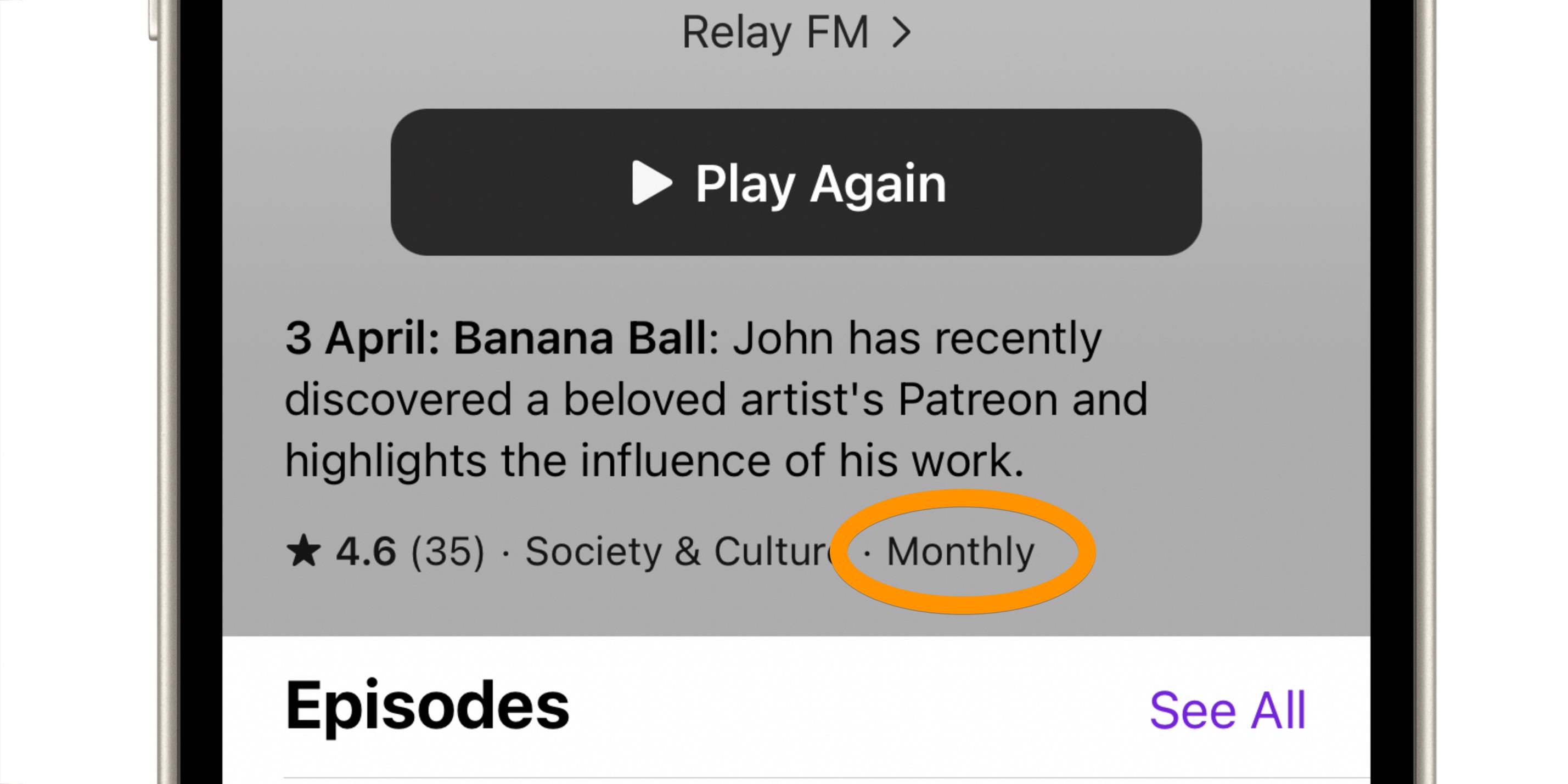 The change was first spotted by 9to5Mac.

The episodic release period—such as weekly, monthly or daily—is now shown alongside the podcast category and ratings summary inside of Apple Podcasts. However, this information is not actually standard metadata provided by the podcast creator. Instead, each app analyzes the podcast feed of past episodes and uses ‘smarts’ to try and find a regular pattern.

Some popular podcast apps like Overcast have supported displaying release schedules, but their information relies on metadata provided by a show’s creator. Other apps one-up Apple, however. Take, for example, Pocketcasts which uses an algorithm that can predict the release date of the next episode before it’s even uploaded to the service, based on previous patterns.

As the report notes, Apple’s feature needs some work as certain weekly podcasts are incorrectly labeled as “biweekly.” This new feature in the Podcasts app doesn’t require iOS 14.5—rather, it’s a server-side change requiring no update.

That said, iOS 14.5 and iPadOS 14.5 bring some minor interface tweaks to the Podcasts app.