When I first upgraded to iOS & iPadOS 14 last year, I was slightly unimpressed by the appearance of Apple’s native battery widget. Not only is it bland, but it doesn’t even display numeric battery percentages, which I often like to see for myself for peace of mind.

Those interested in upgrading their battery widget on iOS or iPadOS 14 would do good to try a newly released jailbreak tweak called CustomizeBW by iOS developer Miguel, as it provides a bevy of different options for making the native battery widget more aesthetically pleasing to the end user.

Examples of CustomizeBW at work are provided in the screenshots below: 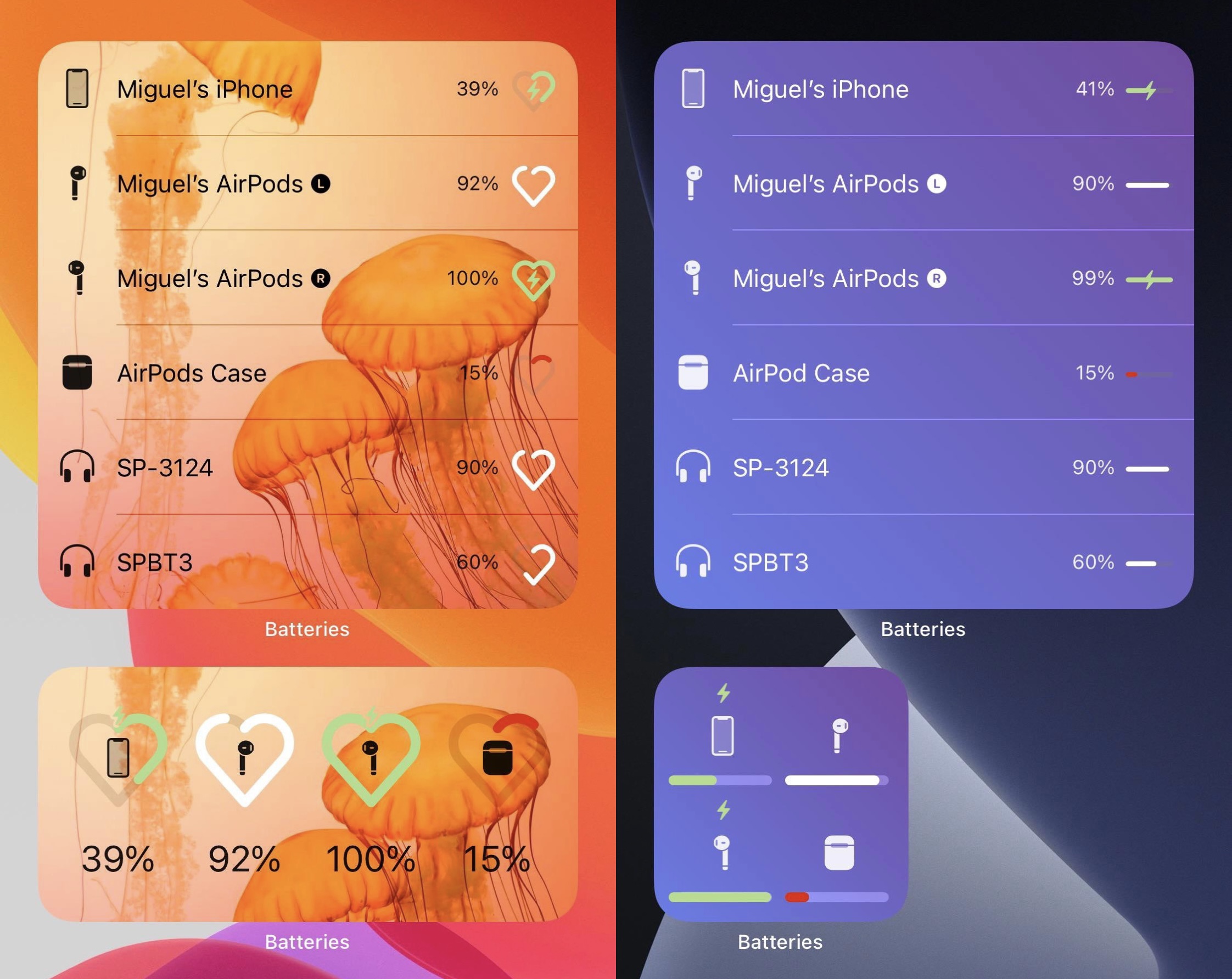 In case you didn’t already notice, CustomizeBW can make the battery widget look entirely different than it does out of the box. Among the things you can do with with the tweak are:

Obviously, users will be able to resort to the included preference pane once installed to modify the aforementioned parameters until content. Because of all the different options, users can achieve a number of different results, and no two devices with the same tweak installed will look the same.

Those interested in giving CustomizeBW a try can purchase the tweak for $1.49 from the Chariz repository via their favorite package manager. It supports jailbroken iOS 14 devices only.

How will you configure your battery widget with the CustomizeBW tweak? Be sure to let us know in the comments section down below.