Despite the fact that force-closing all the apps in your App Switcher isn’t the best of practices on the iOS or iPadOS platform, it’s still something that I continue to see people do time and time again.

Perhaps the most painful part of it all is watching when someone accidentally force-closes an app that they didn’t intend to – usually their most recently-used app which they were trying to improve the performance of by freeing up system memory in the process of force-closing all their other apps.

StayWithMe is a newly released and free jailbreak tweak by iOS developer popsicletreehouse that prevents the circumstance described above from happening, and it does this by making it so that your most recently used app can’t be force-closed via the App Switcher except by swiping down on its card. 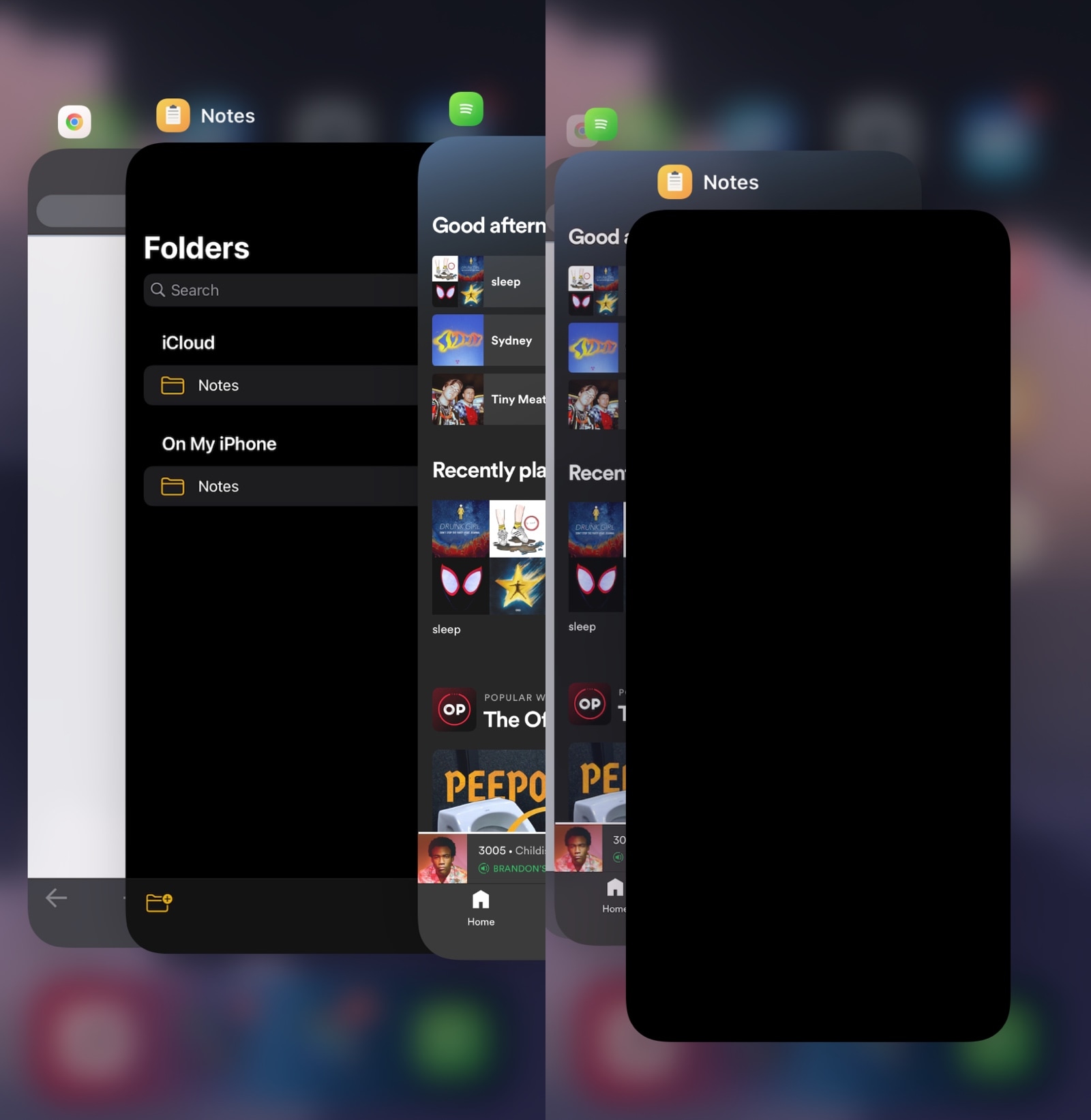 As you might come to expect, all other apps will force-close normally when you swipe up on their App Switcher cards, so when the most recently used app doesn’t, you’ll be grateful that it didn’t because you can go back into it without losing your spot or progress in the app.

StayWithMe adds a dedicated preference pane to the Settings app where you can configure specific tweak behaviors to your liking:

Here, you can toggle StayWithMe on or off on demand and choose which apps will be excluded from the recently used app exemption. Apps that have been toggled on from this page can still be force-closed normally, even if they’re your most recently used app.

StayWithMe isn’t for everyone, especially not if you use your App Switcher the way Apple intended it (basically, not force-closing all your apps and allowing iOS or iPadOS to manage your handset’s memory automatically). For those who it may help, however, it’s available for free via the Packix repository and supports jailbroken iOS & iPadOS 13 and 14 devices.

Will you be downloading the new StayWithMe tweak? Tell us why or why not in the comments section down below.