It was only a couple of days ago that we showed you a free jailbreak tweak called CompactBatteryAvocado, which improved the overall look and feel of iOS & iPadOS 14’s native Battery widget by adding numeric battery percentage labels to each item that appears inside of it.

RingPercentLabel, like CompactBatteryAvocado, displays numeric battery percentage labels to the items that appear in iOS & iPadOS 14’s Battery widget, such as the handset itself, your Apple Watch, your AirPods/AirPods Pro, your Apple Watch, and your Apple Pencil, along with other peripherals along these lines: 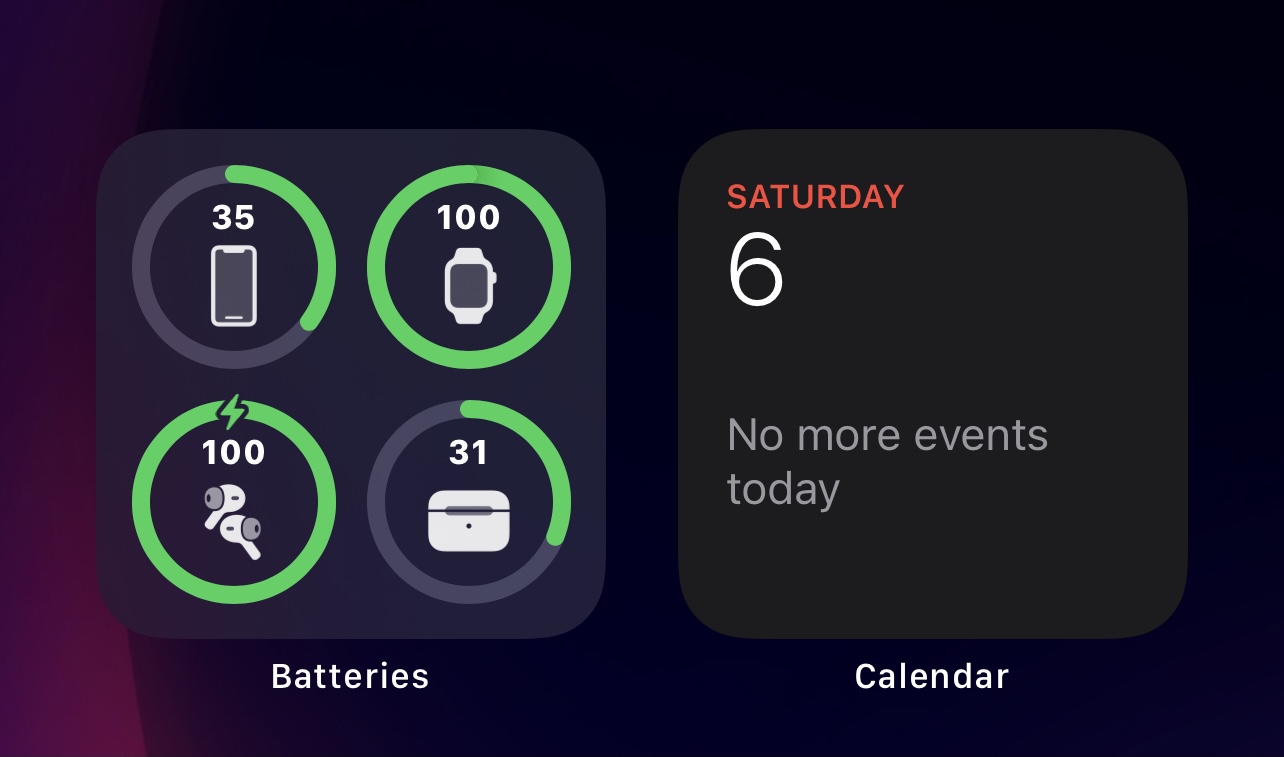 It’s worth noting that while RingPercentLabel looks a lot nicer than the original CompactBatteryAvocado tweak, however the latter recently received an update with renewed aesthetics that look a lot like what we see in RingPercentLabel.

RingPercentLabel doesn’t provide any options to configure, so what you see above is essentially what you get. The tweak is available for free from the Packix repository via your favorite package manager and supports jailbroken iOS & iPadOS 14 devices only since Apple’s new Battery widget only appears on the latest versions of iOS & iPadOS.

Do you plan to upgrade your jailbroken handset’s Battery widget with the new RingPercentLabel tweak, or will you keeping it how it comes out of the box? Be sure to let us know in the comments section down below.