Now that the unc0ver jailbreak supports up to and including iOS & iPadOS 14.3, we’re seeing a huge influx of new jailbreakers who are wanting to take better advantage of their owned handset(s).

Unfortunately, Ryan Petrich’s venerable Activator tweak, which allows users to map various actions to custom gestures, isn’t yet compatible with iOS or iPadOS 14, and many jailbreakers are looking for alternatives for the time being.

One possible refuge is a newly released and free jailbreak tweak dubbed ShakeItOff by iOS developer ETHN, which allows users to invoke actions of their choosing by merely giving their handset a good shake. 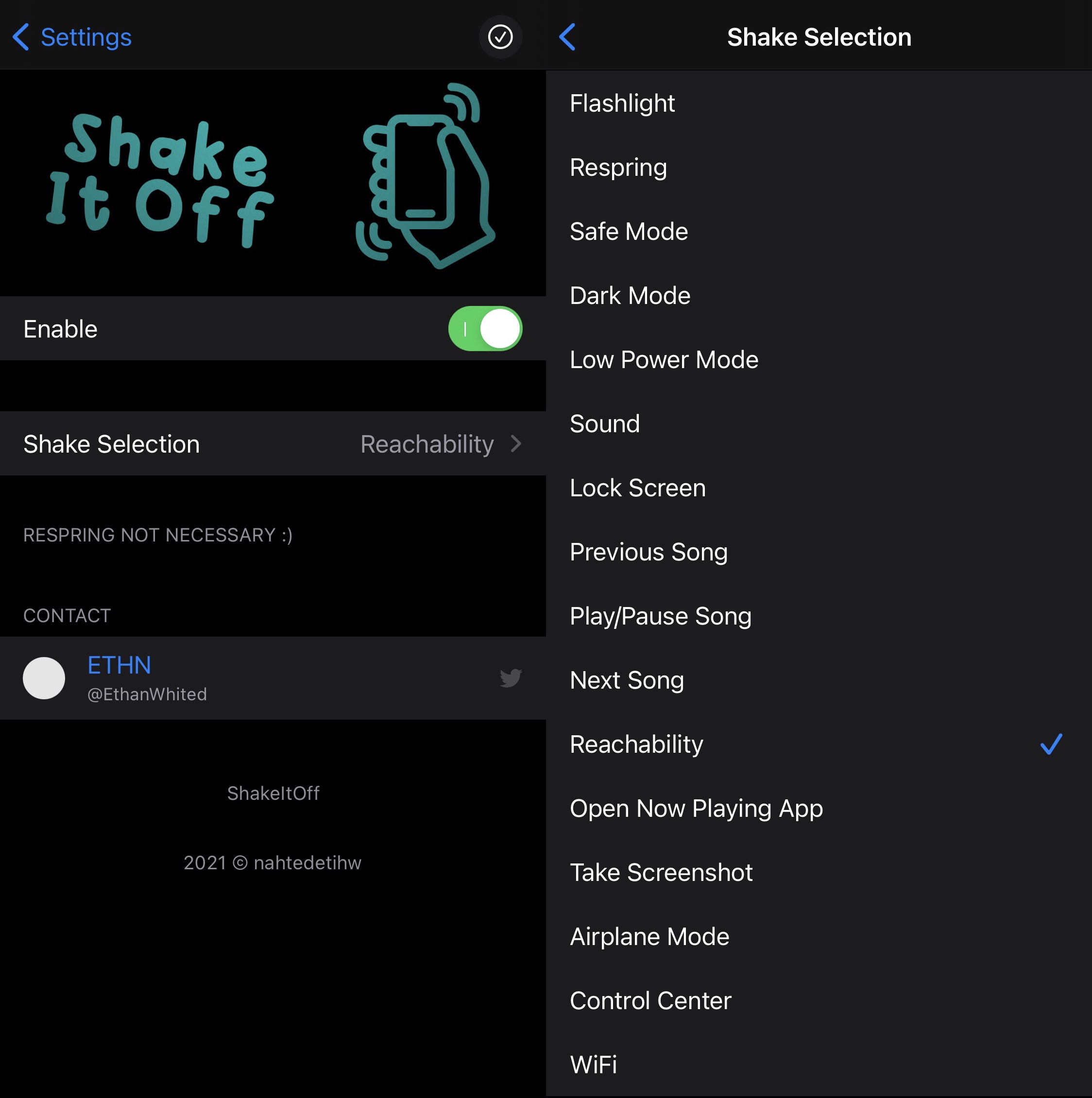 As many Activator users will know, the extension’s included Shake n’ Bake action behaves pretty much the same way. So if you ever relied on this gesture previously, but couldn’t use it until Activator gets official iOS & iPadOS 14 support, then this tweak is for you.

Once installed, the tweak adds a dedicated preference pane to the Settings app, pictured above, where users can configure the tweak to their liking. Options include:

While the list of available options isn’t as extensive as what you’d find with Activator, it covers most of the core functions that people typically assign to custom gestures.

ShakeItOff couldn’t have been released at a better time, so if you’re waiting for Activator to pick up iOS & iPadOS 14 support and want some temporary relief in the meantime, then you can download the tweak for free from ETHN’s repository via your favorite package manager. ShakeItOff supports jailbroken iOS 13 and 14 devices.

If you aren’t already using ETHN’s repository, then you can add it to your package manager of choice with the following URL:

Will you be giving ShakeItOff a try on your newly jailbroken iOS 14 device? Let us know in the comments section down below.