Earlier this week, Apple seeded the third beta of iOS 14.5 to developers. Now, another potential new feature has been discovered in the prerelease software, this one designed to help prevent stalking.

As noted by 9to5Mac‘s Benjamin Mayo on Twitter, iOS 14.5 beta 3 adds a new feature called “Item Safety Feature”. It’s designed to help prevent stalking by blocking the ability for item trackers to, well, track your location. Mayo notes this is designed for AirTags, which makes sense because those will be an Apple product. But it should work with other tracking items, too. As long as it supports Find My. 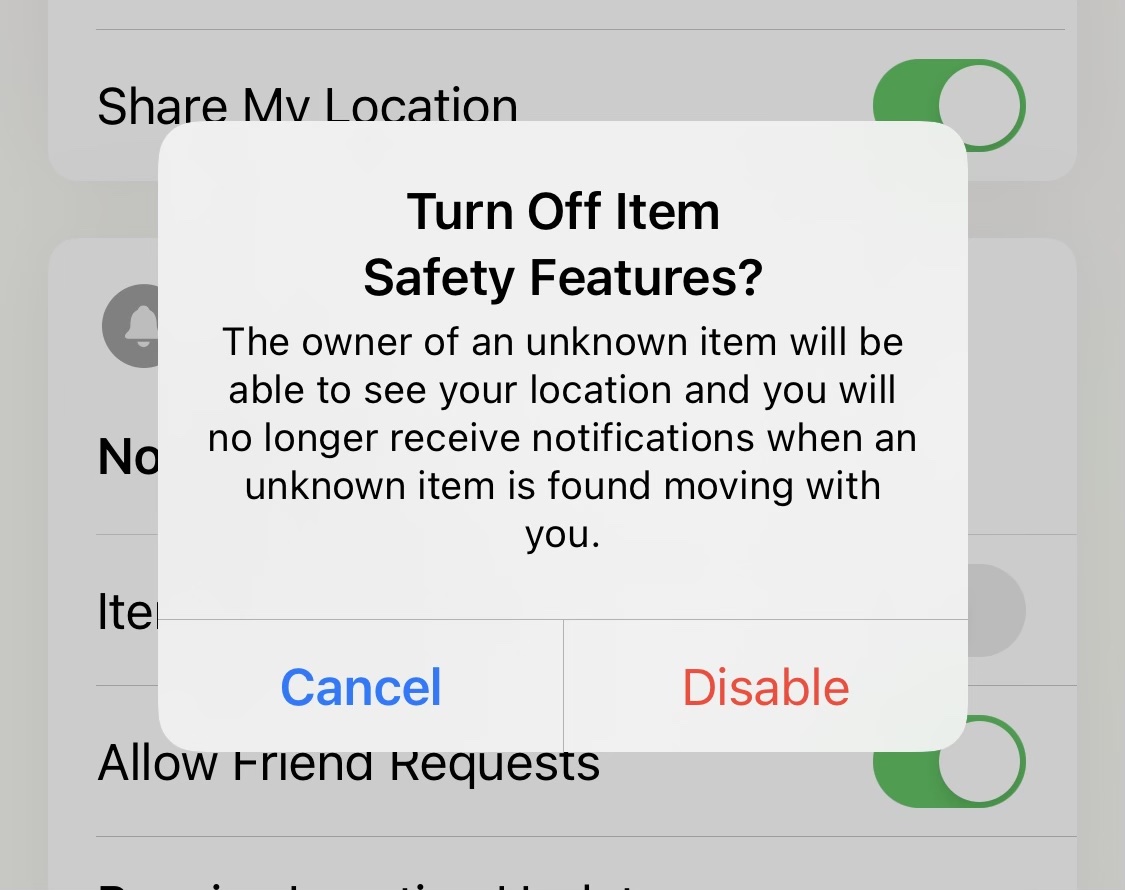 The new feature, which is a toggle option that can be turned on and off, is switched on by default. With this feature turned on, it will notify you when it detects that an AirTag or other Find My-compatible device has been placed in your possession. By default, the feature will prevent your iPhone from sharing your location with the unknown tracking item.

There’s no word when AirTags will be launched, but it’s possible it could be relatively soon. iOS 14.5 is set to launch this spring, as long as Apple stays on target.