Texting fanatics know that there’s more than one way to get your point across. In addition to simply typing out short strings of text or adding a high volume of Emojis after a statement, one might use different text effects to help convey a message with a specific type of tone.

One common example that has gained substantial traction recently is something called sPoNgEcAsE, which as you can see for yourself, inverts the case of every other letter in a word or sentence to provide a sarcastic mocking tone to anything it gets applied to.

Anyone who uses sPoNgEcAsE knows that typing something out in this manner takes an extended amount of time and is anything but convenient, but fortunately, a free jailbreak tweak dubbed cRaZyTeXt by iOS developer Sudhipmakes it possible to convert normal text into sPoNgEcAsE text with the tap of a button.

As you can see for yourself in the screenshot example above, cRaZyTeXt hides away in iOS’ native Action Menu — the one that appears after selecting a body of text. The conversion happens almost immediately after tapping on the relevant button.

In addition to sPoNgEcAsE, users have the option to apply Zalgo text effects, which are a bit crazier, and perhaps less popular:

If you aren’t familiar with sPoNgEcAsE, it’s essentially based on a meme involving a snapshot of a particular scene from SpongeBob Squarepants in which SpongeBob is seen mocking another character. Given the context, it’s easy to see why it’s used in texting to promote a sarcastic mocking tone. 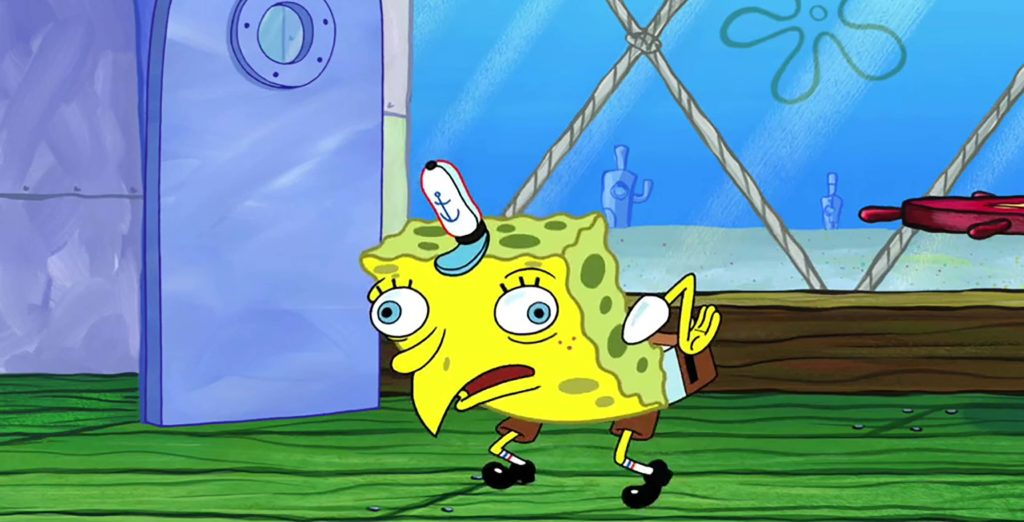 Ever see this as a meme before?

The cRaZyTeXt tweak adds a preference pane to the Settings app after installation, but only to adjust the intensity of Zalgo text, assuming you use that feature:

Obviously, sPoNgEcAsE isn’t for everyone, and so the same applies to the cRaZyTeXt tweak in general. For those who are interested in trying it out, however, it’s available for free from Sudhip’s personal repository and supports jailbroken iOS 13 and 14 devices.

Those who aren’t already using Sudhip’s repository can add it to their package manager of choice with the following URL:

Do you plan to use cRaZyTeXt for your sPoNgEcAsE or Zalgo text needs? Let us know down in the comments section below.