Progress appears to be getting made on a feat showed off just this past weekend in which security researcher @pattern_F_ with the Ant Security Lab demonstrated what appeared to be a successful jailbreak attempt on an iPhone 11 running iOS 14.0.

Late last night, the security researcher took to Twitter yet again, this time to demonstrate a local privilege escalation (LPE) exploit on an iPhone 12 running iOS 14.1. The first two things that should jump out at you there are that the iPhone is one model year newer and that the firmware it’s running is one iteration newer. 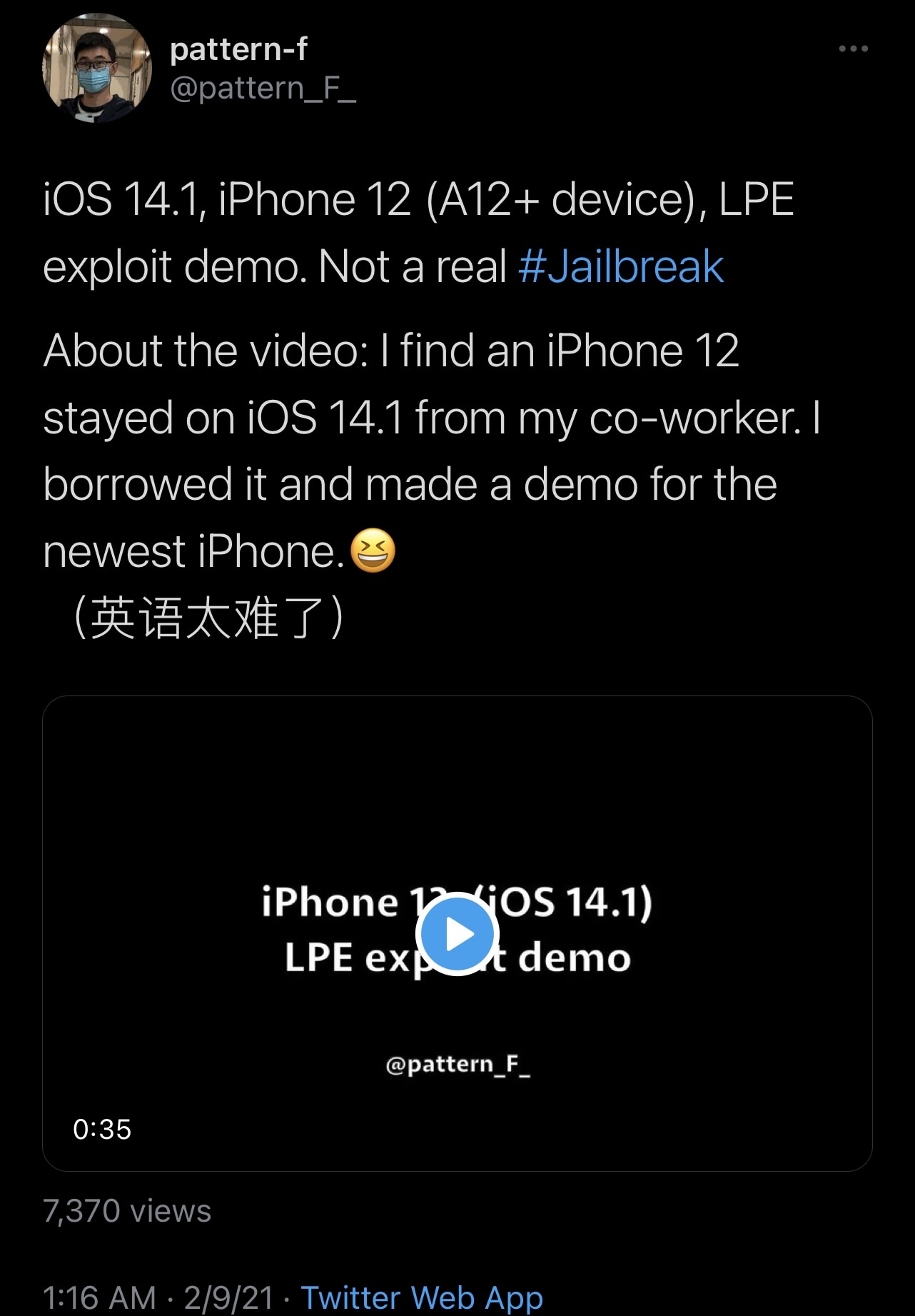 While the second demonstration isn’t a “jailbreak” like the original, it still proves that the exploit could be a viable candidate for producing a jailbreak on devices sporting Apple’s A12 chip and newer. For what it’s worth, many iOS & iPadOS 14 users are running checkra1n to enjoy a jailbreak, but because checkra1n is a hardware exploit-based tool, it only supports older handsets utilizing A7-A11 chips, up to and including the iPhone X. 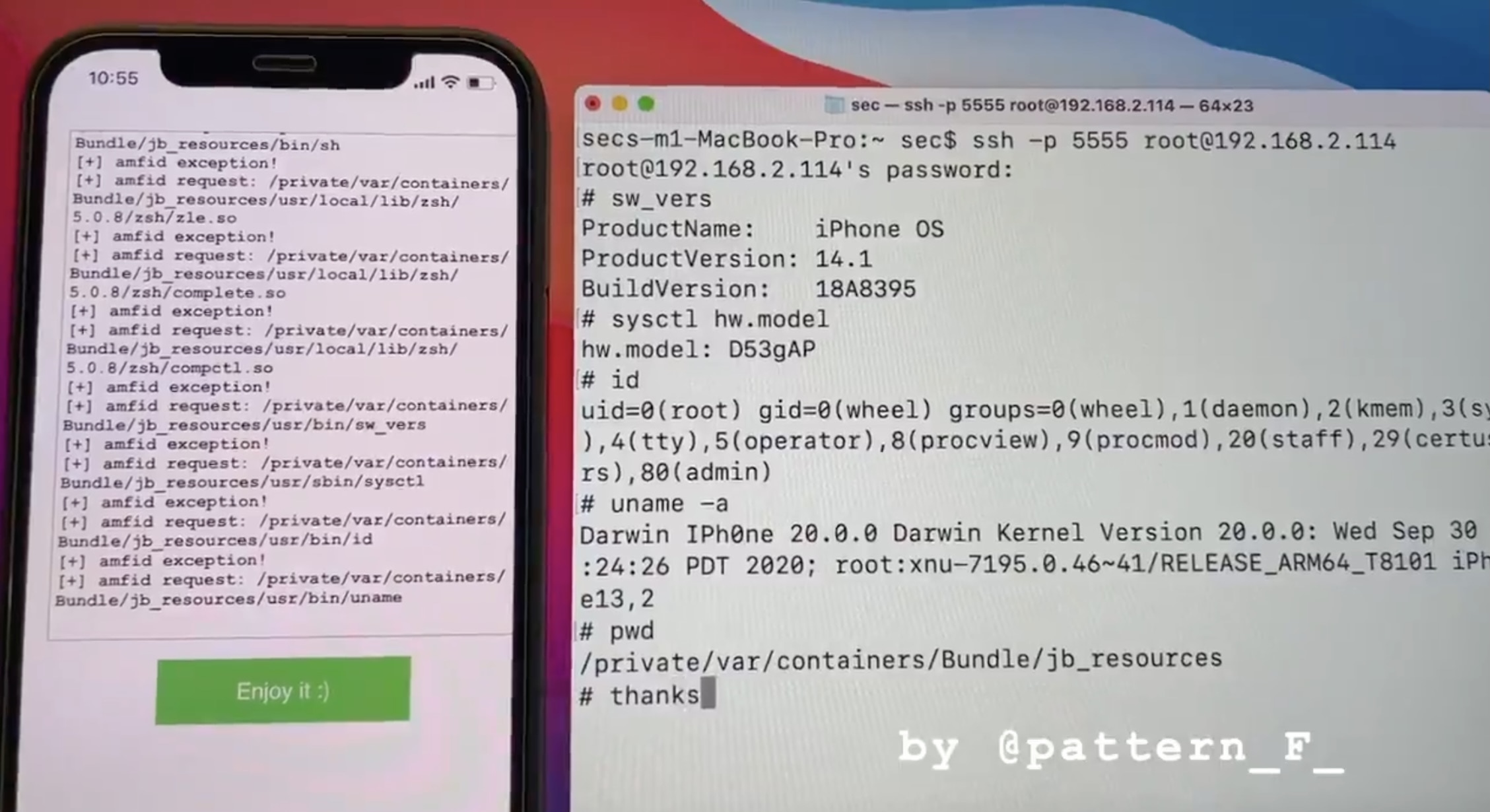 The jailbreak community has yet to see any dedicated iOS & iPadOS 14 jailbreak tools as of late, and so the recent teasers serve as much needed reassurance that hacking Apple’s latest devices with the newest firmware is indeed possible despite all the security mitigations that the company has implemented to prevent jailbreaking.

It’s still unknown whether @pattern_F_ will release this exploit to the general public, but if they do, it probably won’t be until Apple patches it in a future software update. With that in mind, it’s wise for avid jailbreakers to stay on the lowest possible firmware, even if they’re not already jailbroken, to help ensure that their handset may be jailbreakable in the future.

Are you excited to see that the exploit works on newer devices with newer firmware? Let us know in the comments section down below.