The next iPhone should allow you to take much better wide-angle photographs in low-visibility situations, as well as closer wide-angle shots without losing focus.

The iPhone 11 gave us a Google Pixel-like Night mode on the wide lens and the iPhone 12 Pro Max has added that helpful feature to the ultra-wide camera as well (Apple calls its normal lens a “wide” camera while the actually wide lens is referred to as “ultra-wide camera”).

The upcoming iPhone 13 models will apparently make further upgrades to the ultra-wide camera with new features such as a seven-element lens (7P), according to a new research note from reliable TF International Securities analyst Ming-Chi Kuo, seen by MacRumors. 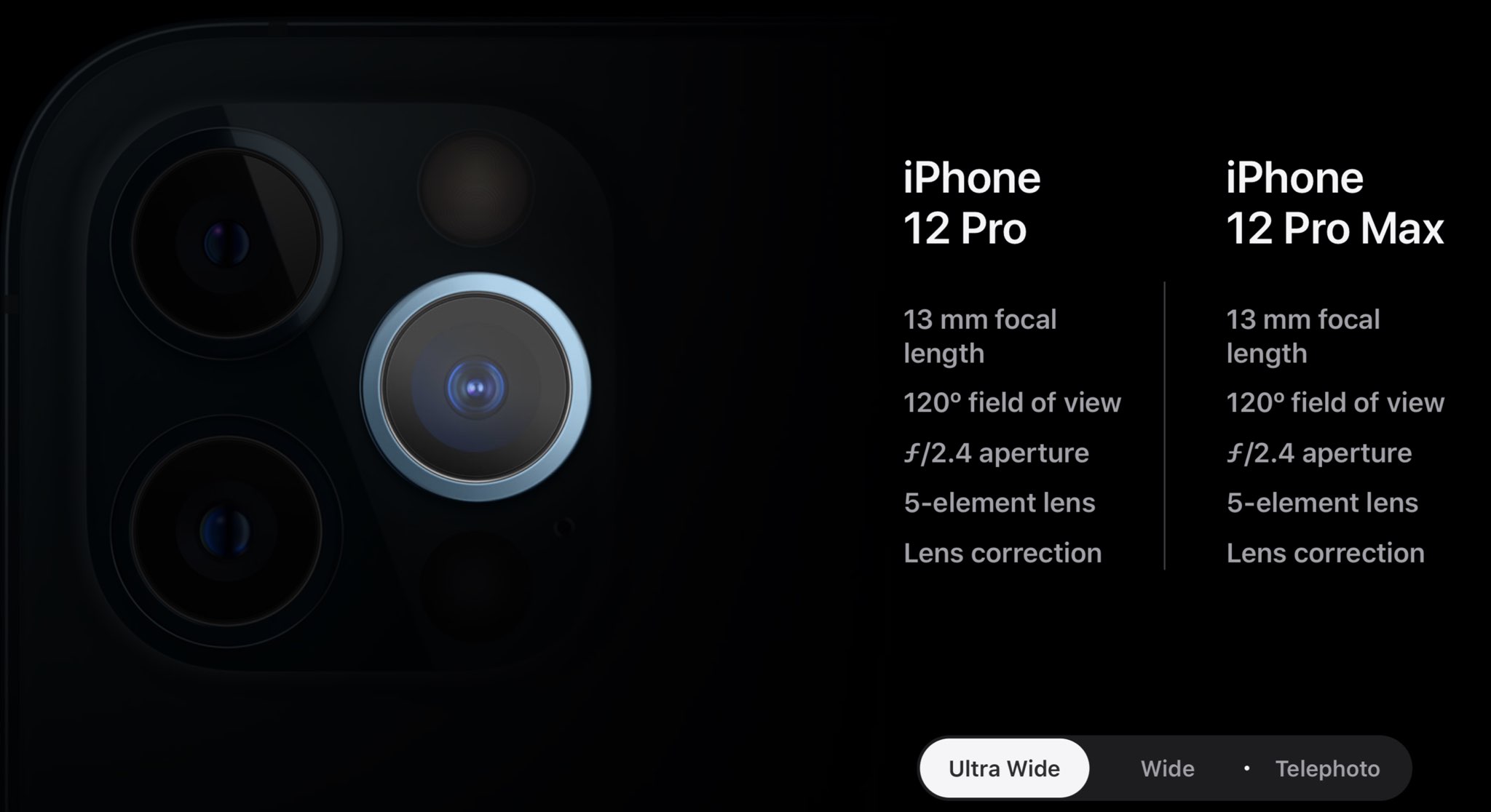 For your reference, analysts from Barclays are expecting Apple’s camera improvements to trickle down to more iPhones this year. Specifically, the Barclays analysts believe that the improved telephoto lens from the iPhone 12 Pro Max will be coming to the iPhone 13 Pro.

This seemingly small yet important camera upgrade will boost your iPhone photography game with significantly improved low-light performance on the wide-angle camera.

The ultra-wide lens on the iPhone 13 models could also get a wider f/1.8 aperture along with autofocus, Kuo said previously. By comparison, the ultra-wide cameras on the current iPhone 12 models feature an aperture of f/2.4 with a five-element lens and fixed focus.

Switching the wide-angle lens on the iPhone 13 to auto-focus will come into play when you’re not snapping pictures of landscapes and cityscapes—with an auto-focus ultra-wide camera, you’ll be able to take closer wide-angle photographs without losing focus.

When is iPhone 13 coming out?

The iPhone 13 lineup should be announced and launched in September.

The rumor-mill and analyst reports do not expect any changes in terms of size, with the iPhone 13 models expected in the same three sizes and four models as the iPhone 12 family:

Last but not least, Kuo believes that the upcoming iPhone 13 models will outsell the iPhone 12 line due to the aforementioned camera improvements and more widely available 5G, along with a return to the September timeframe for ‌iPhone‌ launches.