It’s no secret that in addition to being a venerable smartphone, the iPhone is still one of the world’s best portable music players. Still, that doesn’t give Apple a free pass for the somewhat stagnant music interface experience that we’ve all been using for the past several years.

Those in the market for an augmented Now Playing user experience might be interested in picking up a newly released jailbreak tweak called MusicGesture by iOS developer Antony_M. This tweak not only provides jailbreakers with a new way to interact with the Now Playing media controls, but it also allows for configuration of the Now Playing interface in ways that Apple would never permit on a stock handset.

Perhaps the first thing you’ll notice is that MusicGesture takes a full-screen approach to the Now Playing album artwork. Instead of being constrained to a small box within the Now Playing widget, it now becomes the background of your entire display:

Of course, it wouldn’t be a MusicGesture review without acknowledging that the tweak lets users perform different types of gestures to control media playback. The gestures can be applied anywhere on the display, which complements the full-screen album artwork nicely. Those gestures include:

Once installed, users will also find a dedicated preference pane in the Settings app where they can configure MusicGesture to their liking:

As for the things you can hide from the Now Playing interface, the list is as follows: 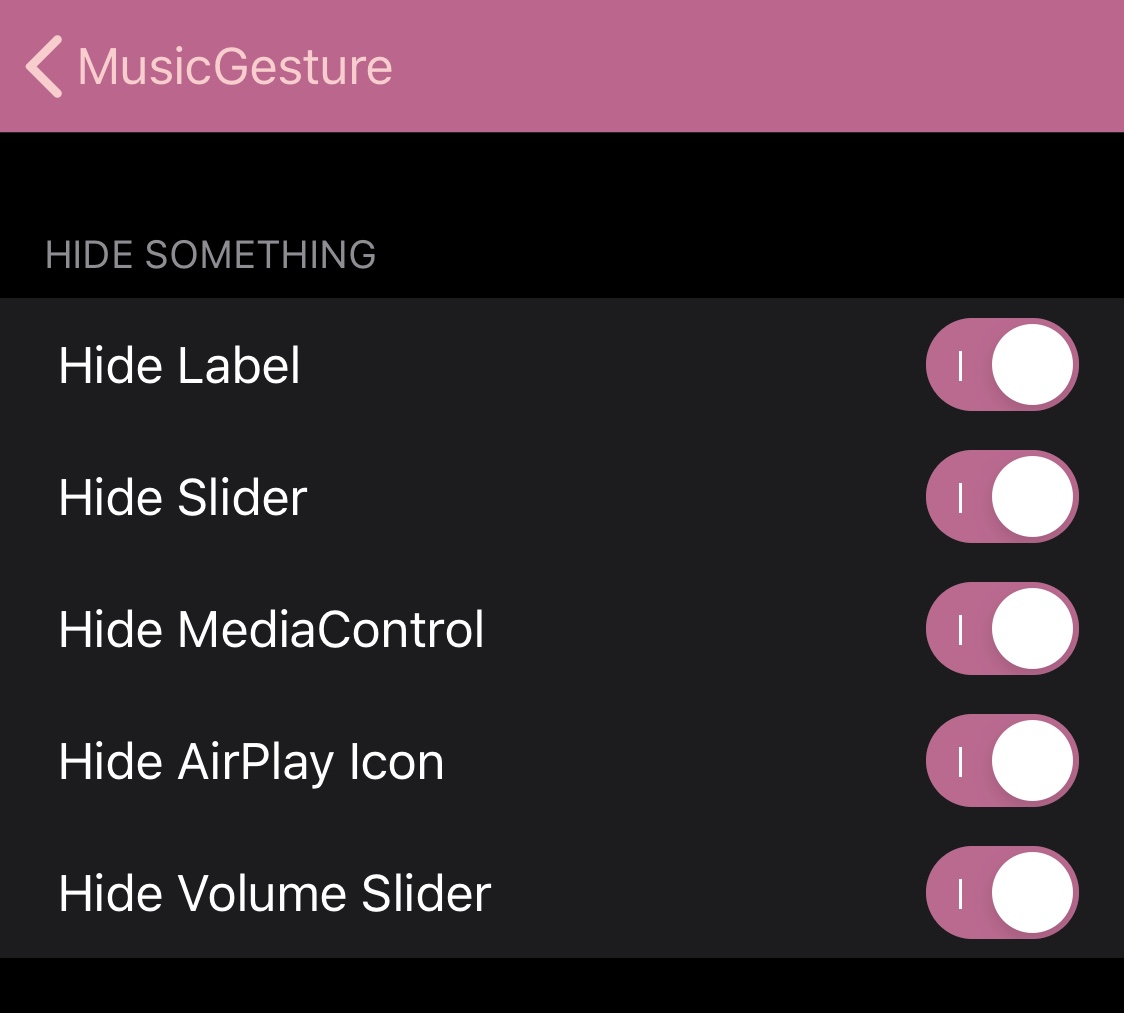 For the most part, you won’t need any of the Now Playing button-based controls because the new full-screen experience allows you to perform gestures in their place. For that reason, this tweak changes how you’ll listen to music in a, dare we say, “magical” way.

It’s worth noting that MusicGesture works not only with Apple’s Music app, but also with third-party players like Spotify and Pandora, just to name a few.

Those interested in giving MusicGesture a try can purchase it for $1.99 from the Packix repository via their favorite package manager. The tweak supports jailbroken iOS 13 and 14 devices, and the developer implies in the tweak’s depiction that additional features will be added in future updates.

Do you have any plans to give MusicGesture a try? Let us know why or why not in the comments section down below.