If, like so many others, your primary methods of communication comprise of iMessage and SMS via your iPhone, then you might take a particular liking to a newly released jailbreak tweak and computer application combination dubbed WebMessage by iOS developer sgtaziz.

WebMessage effectively turns your iPhone into a messaging server on demand, and by installing a special client on your computer, you can read and respond to both iMessage and SMS conversations via your computer even if it’s not a Mac.

Right out of the box, WebMessage supports the three most popular desktop operating systems, including macOS, Linux, and Windows.

You can download the computer client from the developer’s GitHub page, and once installed, you can link your jailbroken iPhone to it via the WebMessage tweak’s preference pane. 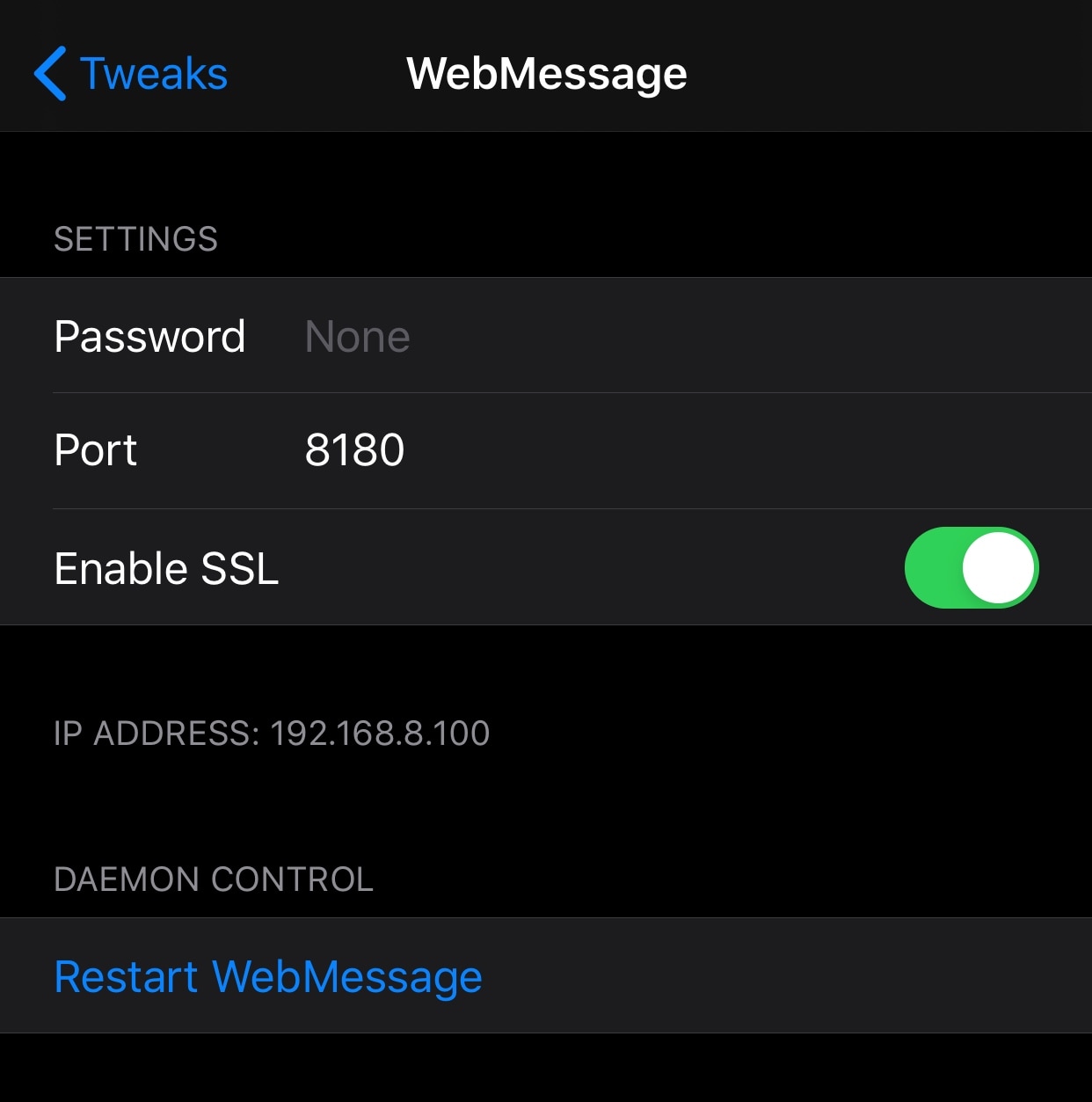 According to the developer, WebMessage uses a REST API and WebSocket to make this work, and as such, your jailbroken iPhone and computer with the WebMessage client installed will need to be on the same Wi-Fi network. In cases where being on the same network isn’t possible, support for tunneling is included.

At this time, WebMessage supports the following features:

The developer is already planning to add support for additional features in a future update, including reactions, read receipts, and other comforts that iMessage users should already be keenly familiar with.

This wouldn’t be the first time we’ve seen a tweak that makes message-to-computer forwarding possible. You may recall an older extension dubbed Remote Messages Client, which worked very similarly to that of WebMessage. On the other hand, this extension hasn’t been updated since the distant days of iOS 9.

WebMessage supports jailbroken iOS 12, 13, and 14 devices, although the developer cautions that iOS 12 hasn’t been fully tested as iOS 13 and 14 have been. Those interested in giving the tweak a try can download it for free from the sgtaziz repository via their favorite package manager. If you don’t already have the aforementioned repository, then you can add it to your package manager with the following URL:

Remember that you will also need the complementary computer client to make this tweak work, which is a separate download for your computer via the developer’s GitHub page. Additionally, WebMessage is fully open source.

Do you plan to give WebMessage a try on your computer, or are you already rocking a Mac and totally satisfied with the native Messages app with native iCloud SMS syncing? Let us know down in the comments section below.