Hot on the heels of an exciting new libhooker update for the Odyssey jailbreak and the subset of checkra1n devices utilizing Odysseyra1n, lead developer CoolStar is out with yet another important update that users won’t want to miss.

The latest update isn’t for libhooker per se, but rather for the brand new libhooker Configurator companion app, which grants users with powerful granular control over how and when libhooker loads its tweak injection methods on a particular device.

As we learned bright and early this morning with the initial release of libhooker Configurator alongside libhooker v1.4.0, the app lets users control whether or not libhooker injects code in specific places, including apps, daemons, SpringBoard and even WebKit. 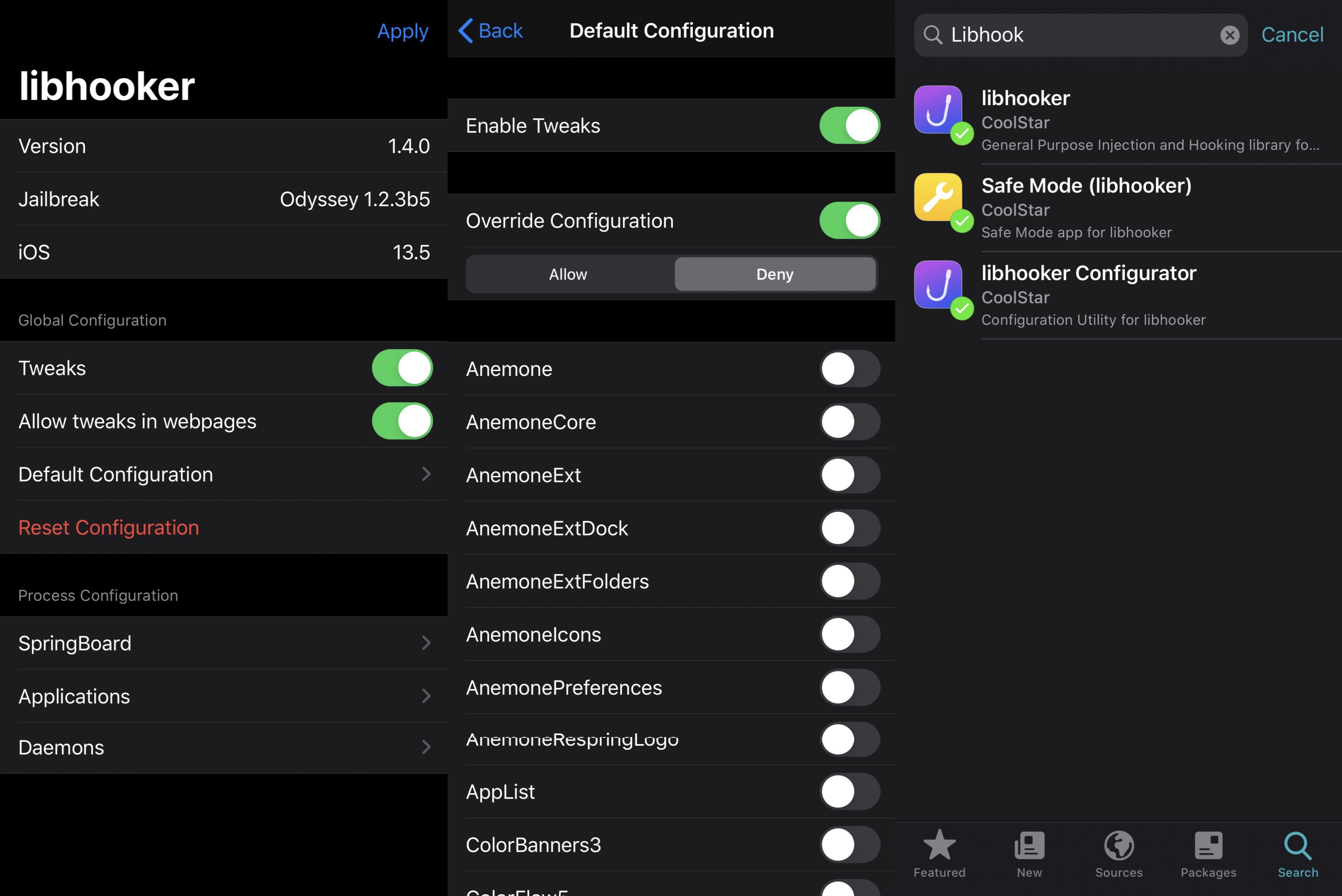 The libhooker Configurator v1.0.1 update is said to address a pesky issue in which user-configured settings pertaining to apps and daemons wouldn’t properly save or load as expected.

In a follow-up note, CoolStar mentions that libhooker Configurator may crash unexpectedly on iOS 13.3 and earlier. The cause of this crash is being attributed to a SwiftUI bug that Apple purportedly fixed in iOS 13.4 and later, and with that in mind, there’s currently no fix for users on iOS 13.3 and below.

Concluding the announcement, CoolStar posted a link to the libhooker Configurator GitHub page, adding that it had been officially open-sourced.

Anyone using the Odyssey jailbreak or the checkra1n jailbreak with Odysseyra1n is advised to download and install the latest version of libhooker and libhooker Configurator at their earliest convenience. There are a whole host of benefits to having absolute control over where tweak injection does and does not take place, and so there’s no reason not to hop onboard.

The latest versions of these packages are available from the official Odyssey repository and can be downloaded from the native Sileo package manager upon refreshing your sources.

Has the latest version of libhooker Configurator solved the preference saving and loading problems for you? Discuss in the comments section down below.