Late last year, Apple announced the newest member of the AirPods lineup: AirPods Max. The over-ear headphones are not cheap by any means, but, based on the reviews, the headphones are at least comfortable and sound great. But is the premium design present both inside and out?

Turns out that, yes, Apple didn’t skimp on the insides of the headphones, either. The folks over at iFixit recently completed their teardown of Apple’s new premium over-ear headphones. One of the most noteworthy elements of the big reveal? The fact that this is the first Apple-branded headphones to receive a repairability score higher than 0. They actually got a score of six out of 10. 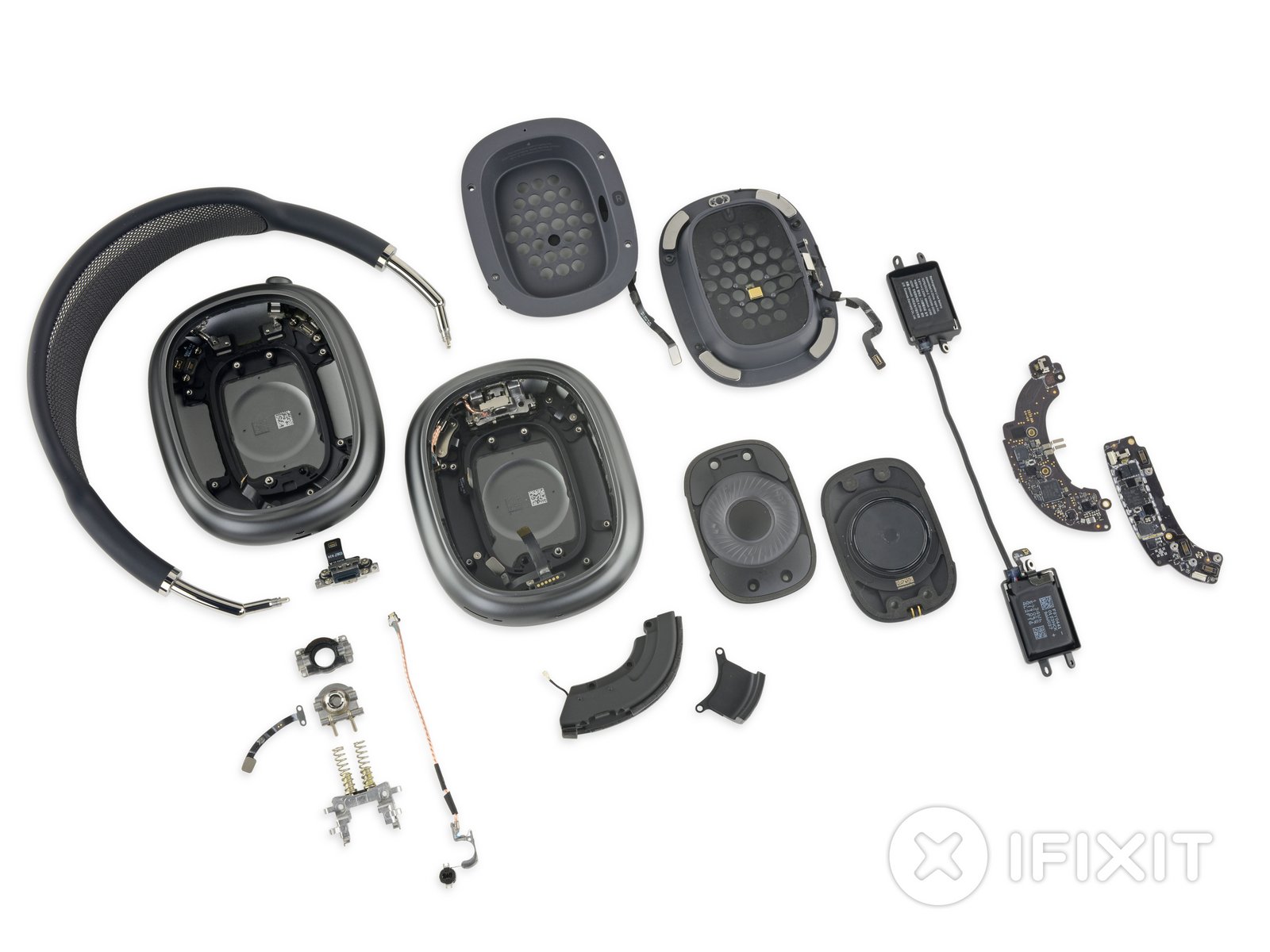 Still, there’s a lot going on with the AirPods Max. Interestingly, it turns out that the headphones have a lot of screws inside. It’s a better option than a lot of glue, yes, but according to iFixit, folks who want to take apart or repair their AirPods Max will need an extensive arsenal of tools — even by their standards.

Another point of positivity for the AirPods Max are the ear cushions. As you know by now, these attach to the headphones via magnets. It makes them easy to replace and swap out, which, over time, will be a requirement.

Next, Apple’s intriguing design continues into the headband. The hinge in the headband, specifically, in the space between the band and the ear cups. The publication says it can be detached “with just a SIM card removal tool or paperclip, without even opening the ear cup”, and adds that the design is “both intricate and overbuilt, and might make the AirPods Max’s price tag a little easier to swallow”.

iFixit actually compared the AirPods Max to some of the market’s leading competitors as well. The publication brought in Sony’s WH-1000XM4 unit and Bose’s NC 700. While these are some of the most popular over-ear headphones out there, when it comes to design and details, it looks like Apple leads the way. In fact, when compared to Apple’s “obsessive craftsmanship”, the competition looks “like toys”.

You can check out the full teardown over at iFixit.