Since the start of January, we’ve witnessed and covered a number of jailbreak tweak releases intended to port fun and quicky Lottie-style notifications to the iOS and iPadOS platforms.

LottieLockscreen was the first of such releases, and as the name implies, it offered Lottie-style animations for the Lock Screen. A few days later, LottieStatusBar became available, and it brought similar animations to the Status Bar. Today, we’re looking at another addition to the Lottie tweak family.

In the example above, you bear witness to the tweak’s Splash animation, which looks like a series of paint splats hitting in random places on the banner notification. In addition to Splash, LottieNotifications includes an additional six animations to choose from.

Once installed, LottieNotifications adds a preference pane to the Settings app where you can configure the tweak to your liking: 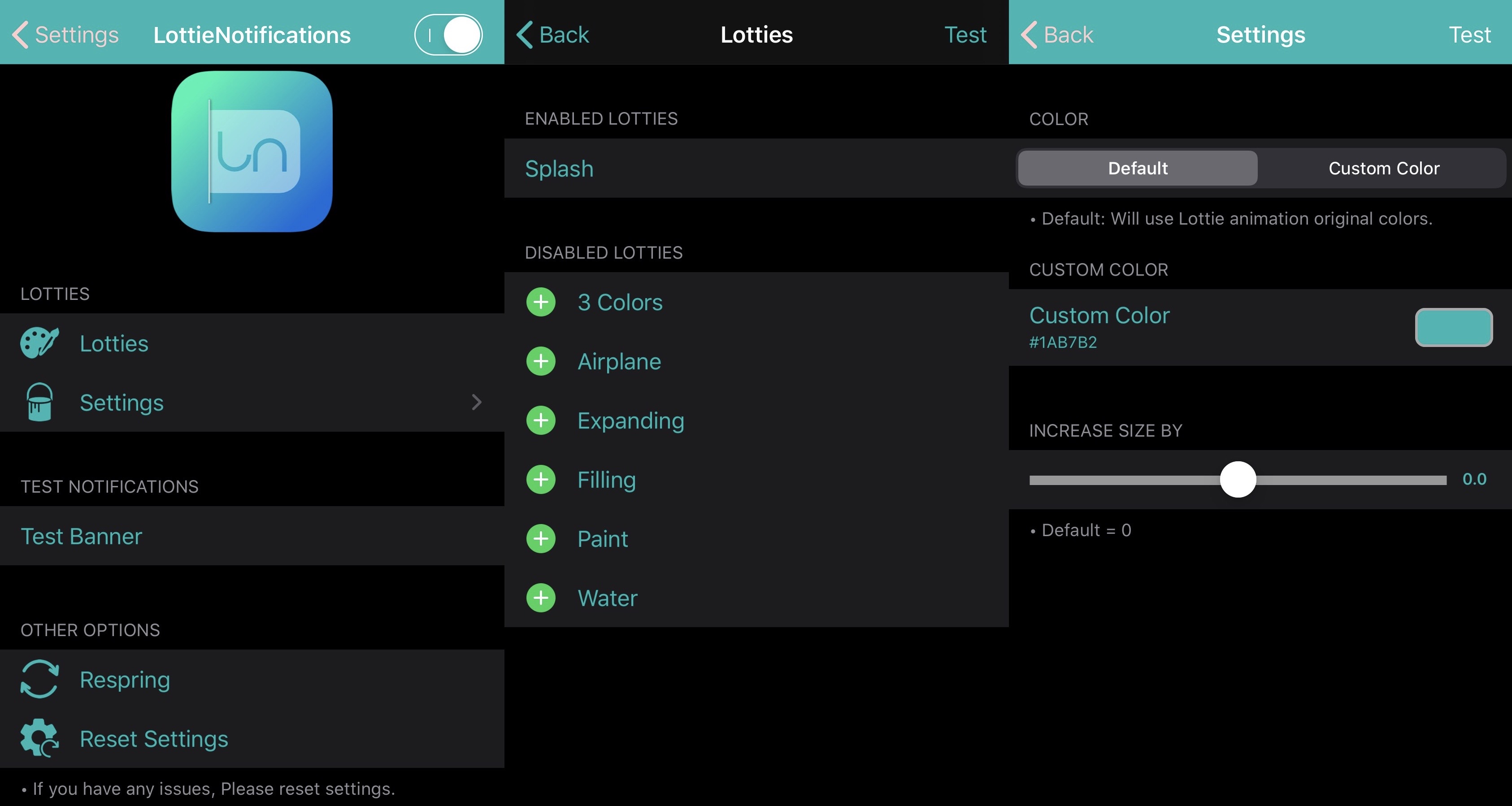 Lottie-style notifications can be somewhat polarizing when compared to the animations of a bland, stock handset. With that in mind, while the animations may appeal to some, that won’t be the case for all, and we understand that. Fortunately, it’s possible to create and add your own animations with a little know-how. Instructions are available in the tweak’s depiction page.

Those interested in trying LottieNotifications out for themselves can download the tweak for free from MiRO’s personal repository via any package manager of their choosing. The tweak supports jailbroken iOS 12, 13, and 14 devices and plays nicely with other popular notification-centric tweaks such as ColorBanners 3, ColorMeNotifs, Dayn, and Quart, just to name a few.

If you aren’t already using MiRO’s repository, then you can add it to your favorite package manager with the following URL:

Will you be giving any of the new Lottie animation tweaks a try on your pwned handset? Be sure to tell us why or why not in the comments section down below.