The Workout app for Apple Watch in the current iOS 14.4 beta includes a new setting suggesting that guided audio walking workouts may be coming to the wearable device soon.

Twitter user Khaos Tian is credited with spotting a new setting in the Watch app on the current iOS 14.4 beta. Found underneath the heading “Time to Walk” is a new switch labeled with the text “Add Newest Workouts to Watch” that allows walking workouts to be automatically downloaded to the wearable device when connected to power and near your iPhone. 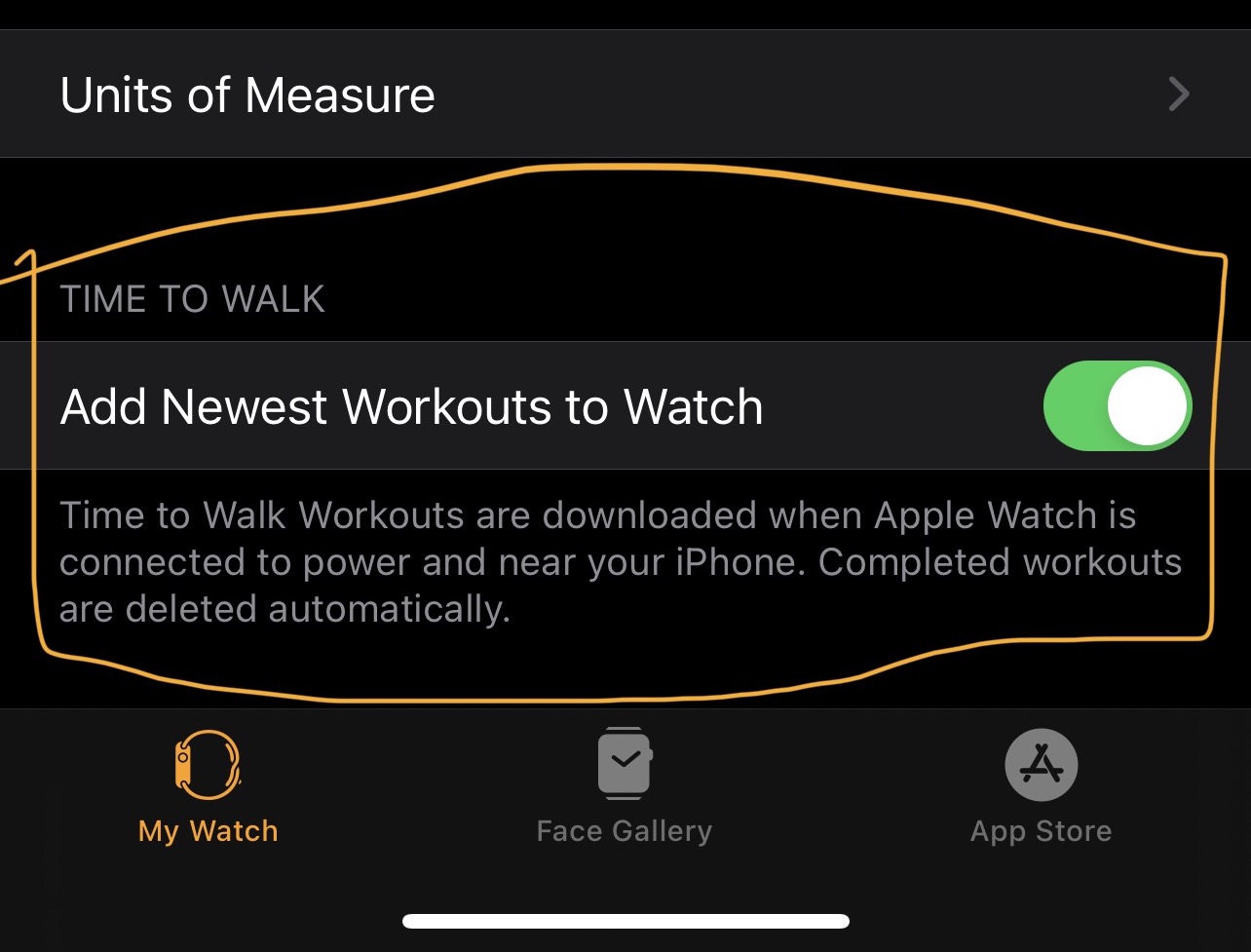 This feature doesn’t yet appear to be functional so we can’t try it for ourselves just yet; it likely depends on server-side changes. The ‘Time to Walk’ branding aligns the feature with the classic ‘Time to Stand’ reminders, which encourage users to stand up and walk around a little once an hour. So perhaps when this feature is rolled out, there will be targets to go for a walk once per day.

Now, that would be cool but I don’t see it happening.

Based on the fact these special workouts need to be downloaded and automatically deleted when completed, it follows that there is an associated audio track with these sessions. This heavily suggests that Time to Walk workouts will resemble guided audio workout sessions. 9to5Mac code findings back this up, with references to ‘WORKOUT_GUIDED_WALK’ found in the beta source code.

And this for people with physical disabilities:

In concert with Time to Walk, the code references indicate that Apple is also working on ‘Time to Push’ workouts for people who have physical disabilities and are unable to walk. This is similar to how the Apple Watch already offers Time to Roll alerts as an alternative to Time to Stand reminders, for wheelchair users.

Apple currently does not offer outdoor workouts via its Fitness+ subscriptions service so it’s unclear if guided audio workouts will be provided free of charge or require a Fitness+ subscription. According to source code strings, the Fitness app should include these new audio workouts. But as Mayo explains, the 9to5Mac team couldn’t determine at post time if these workouts may be available to anyone or limited to the Fitness+ paywall.

→ How to stop sharing our Apple Watch activity

Apple makes no mention of this feature in developer documentation nor in the release notes for the watchOS 7.3 update. It’s therefore unclear if the upcoming public release of the watchOS 7.3 will bring this feature to the general public or one of the subsequent updates.