Curious photographs showing off what appears to be a disguised Apple Watch prototype that’s powered by pre-released watchOS software were posted on Twitter yesterday.

According to the Twitter account Apple Demo which posted the images, obtained from an unknown source, the prototype device appears functional. The pre-release watchOS software can be booted into, with various development settings still present on the device.

Interestingly, there’s no Digital Crown button on that early prototype. There are two buttons on the left side of the device and an additional button on the case itself. 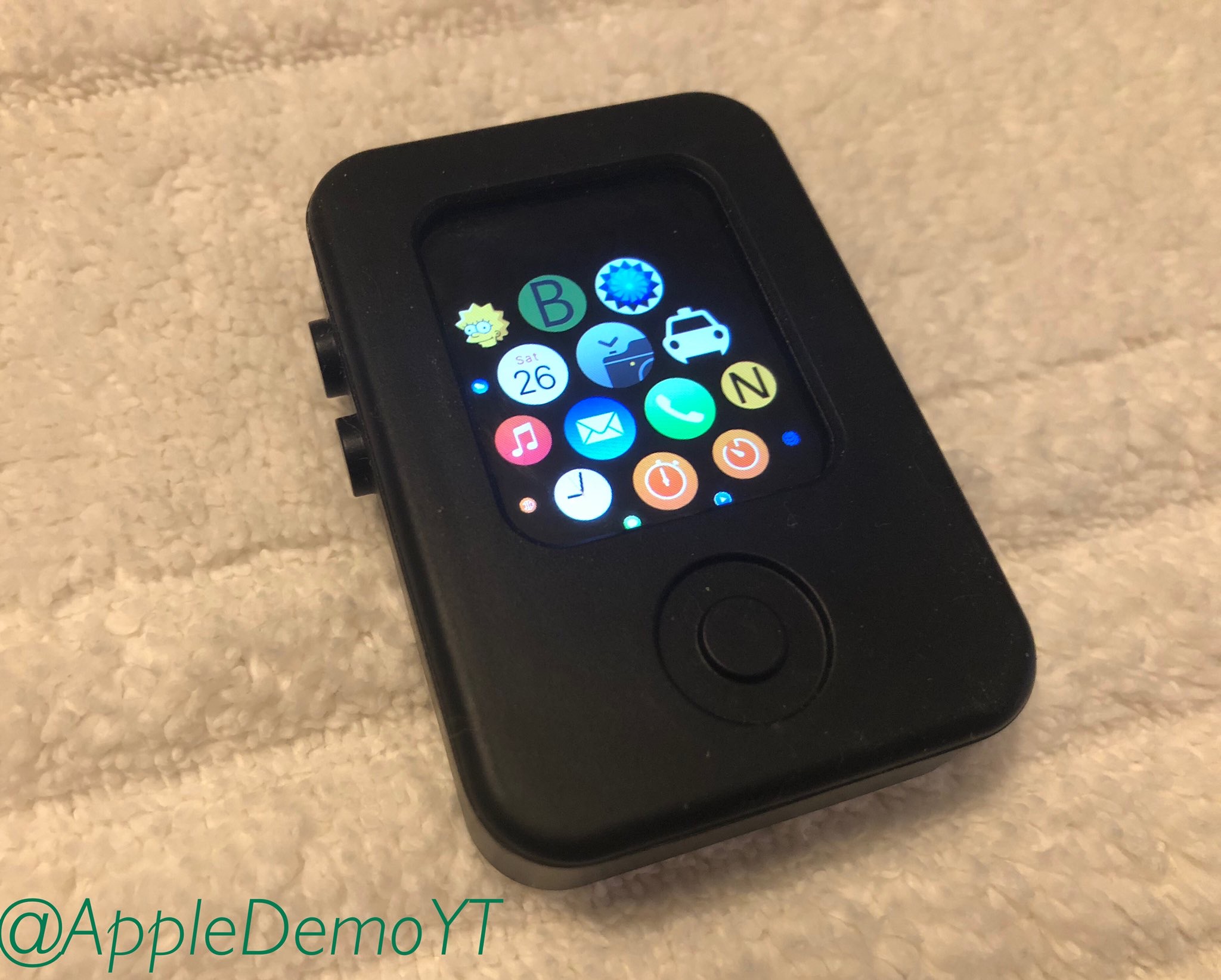 The software is pre-watchOS 1.0 and Apple Demo proves that the internal build is working with a variety of photos showing off the UI and more. Referencing the Apple Lisa computer from the 80’s there’s even Lisa Simpson used as an app icon on the watch prototype for the ‘Lisa Tester. That’s also where the ‘Springboard zoom’ app lives which includes an interactive experience of what the watchOS home screen would be like.

Apple is known for concealing work-in-progress hardware in special boxes. Doing so permits employees to test upcoming products in the wild without risking revealing their design. It can backfire, too — the 2010 iPhone 4 launch drew criticism over the apparent loss of signal strength when one of the gaps in the stainless steel band were touched, causing interference.

This was called Antennagate and it caused Steve Jobs to cut his Hawaiian vacation short and hold a press conference attempting to contain the fallout from bad press. It’s believed Apple’s testing engineers didn’t report this because couldn’t touch the gap because their prototype device was concealed within a special security case.