If Apple’s new patent filing is anything to go by, a future version of the company’s AirPods Pro earphones may incorporate a new through-body sensor system that would let you control music playback, Siri and more by touching your face, clicking your teeth and more.

PatentlyApple first spotted Apple’s granted patent for “Detecting through-body inputs at a wearable audio device,” which outlines a new kind of sensor system for a pair of future AirPods Pro earphones that would allow Apple’s headphone chip to interpret specific gestures such as touching your face or clicking your teeth as a control request.

One of the included patent drawings shows a wearable audio device that resembles a future AirPods Pro model positioned within the ear of a user. Another depicts an AirPods user touching their face to illustrate controlling the volume by performing such a gesture. 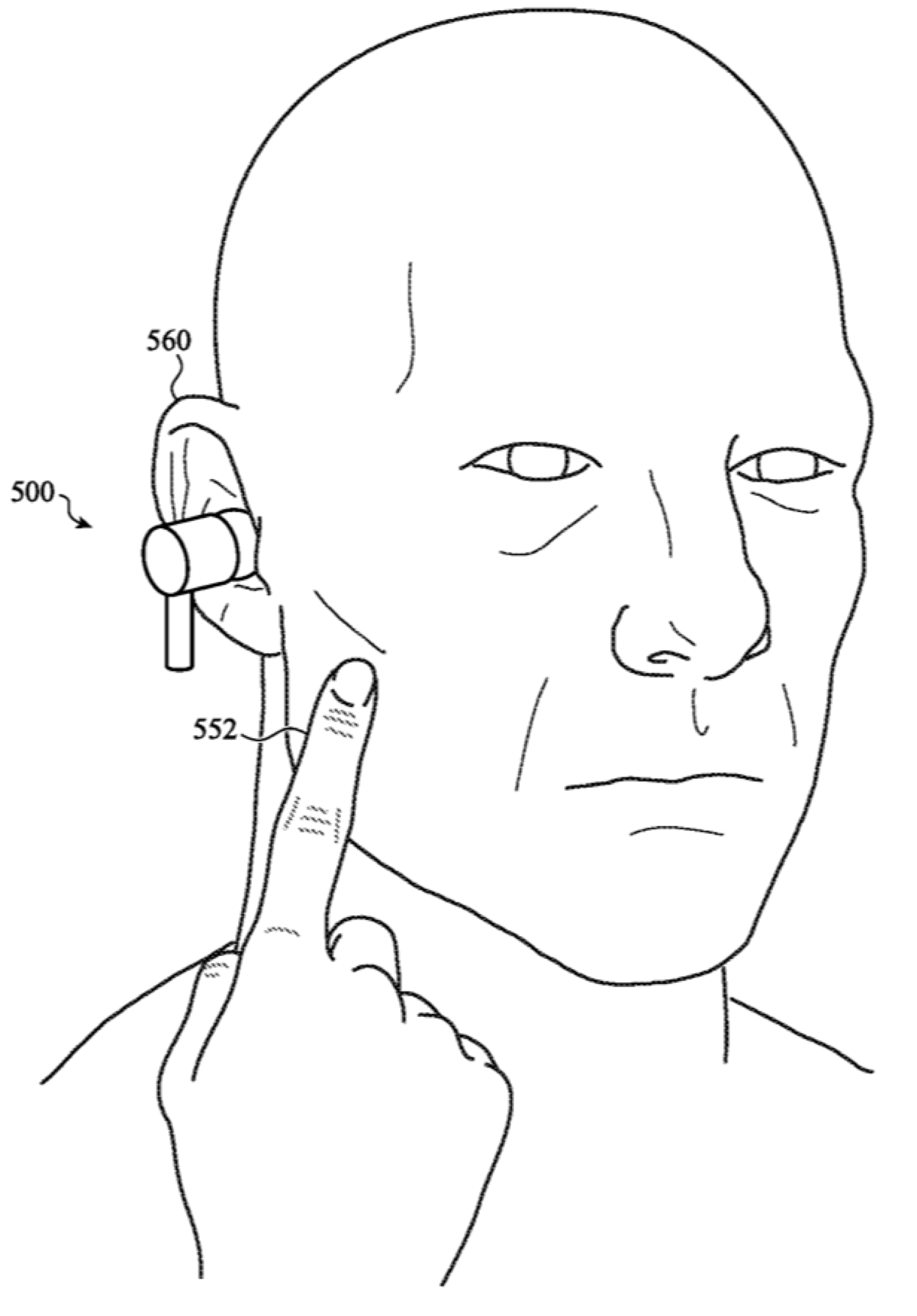 A microphone coupled to the user’s ear canal would detect an acoustic signal that propagates within the user’s body when an input action like touching one’s face is performed.

Apple’s engineers didn’t stop there as the examples cited in the granted patent include a few other examples like producing vocal sounds or subvocalizations, which are vocal sounds below zero decibels, a level at which humans can typically hear. 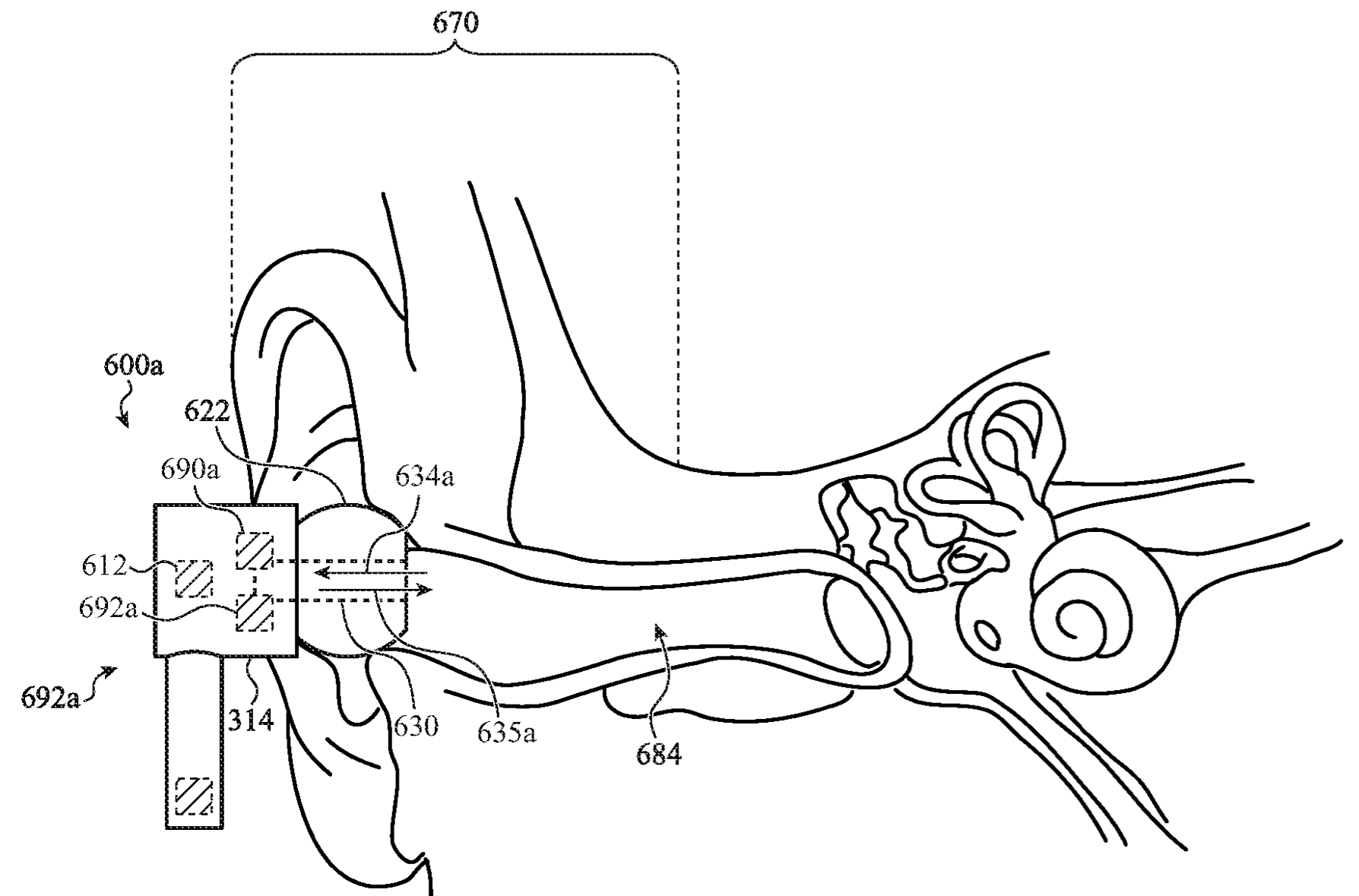 The patent also envisions a touch control area set into the face side of a future AirPods Pro case that would let you control audio volume, among other possible functions.