Another thing that stands out to a lot of Spotify app users is the Now Playing interface, which features a large central play and pause button and a beautiful full-screen album artwork display. Spotify’s Now Playing interface is unique to the Spotify Music app itself, but with the help of a new and free jailbreak tweak dubbed Juin by iOS developer Litten, you can now go ahead and enjoy it on the Lock Screen too.

In the before and after illustrations below, you can see the key differences between iOS’ native Lock Screen Now Playing music player and the Spotify-inspired Now Playing music player. The interfaces are like night and day, with the native interface appearing as meek and constrained and the Spotify-inspired alternative instead appearing as bold and defined: 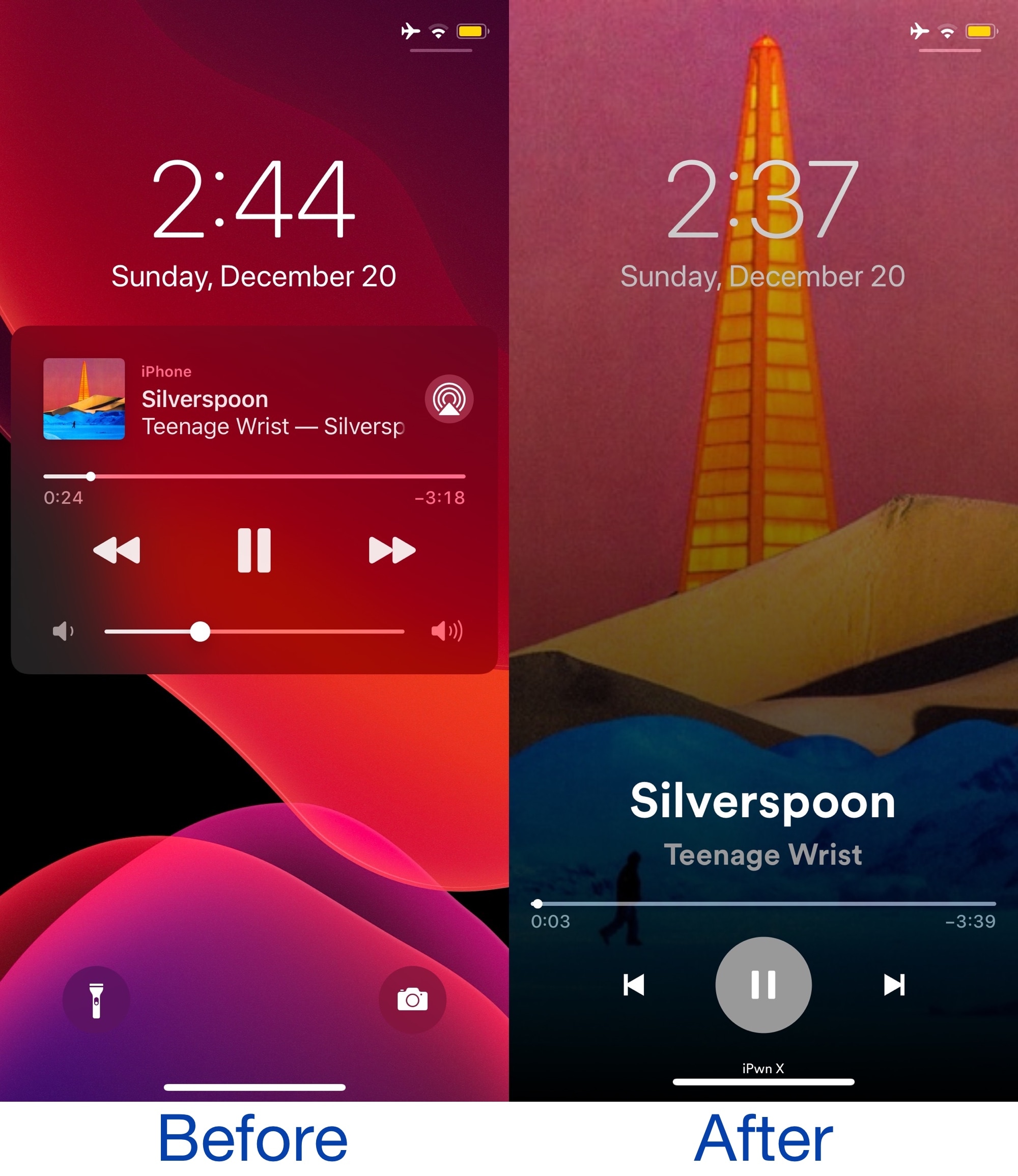 One of the first things you’ll notice about Juin apart from the Spotify-esque music control buttons is that it posts the album artwork as a full screen wallpaper whenever there’s any music playing. The tweak also applies a subtle shade over the bottom of the screen where the music controls appear, helping to define the controls and make all the white-colored text and glyphs highly visible against a contrasting background color.

After you install Juin, you’ll find a dedicated preference pane in the Settings app where the tweak can be configured to your liking:

Whether or not you like Juin may hinge on whether you prefer Apple Music or Spotify as your primary source for music streaming. If you regularly use the latter, then you may prefer a Spotify-inspired Lock Screen Now Playing interface that matches what your eyes are already accustomed to seeing.

Those interested in trying Juin may download the tweak for free from Litten’s repository via their favorite package manager. Juin supports jailbroken iOS 13 and 14 devices.

If you’re not already using Litten’s repository, then you can add it to your package manager of choice with the following URL:

Are you planning to swap your boring Lock Screen Now Playing interface for the more exciting Spotify-inspired alternative with Juin? Let us know why or why not in the comments section down below.